By Douglas Galbi: In England, homicides per capita fell roughly by a factor of thirty from the fourteenth-century to the late twentieth century.[1] This progress of civilization wasn’t associated with a secular reduction in gender inequality in life expectancy. Elite men’s life expectancy in medieval England was perhaps nine years less than elite women’s. Men achieved near equality with women in life expectancy in the seventeenth and eighteenth centuries. But men’s lifespan shortfall subsequently grew to about five years in late-twentieth-century England. These facts of gender difference in life expectancy are largely unknown. Reducing gender inequality that disfavors men has never been of public concern. Whether that anti-men bias continues may determine the future of civilization. 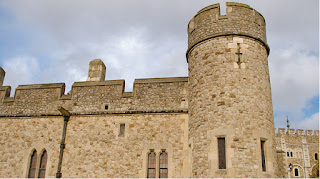 Violence against men in late medieval England made men’s life expectancy much less than women’s. The best available data are for the legitimate offspring of British kings, queens, dukes, and duchesses. For such persons born from 1330 to 1479, men’s and women’s expected additional years of life at age twenty were 21.7 years and 31.1 years, respectively. Men at age twenty thus expected to have 9.4 less additional years of life than women had. The share of violent deaths to all deaths for men ages 15 and older was 46%.

Read more »
Posted by Angelo Agathangelou at 11:20 pm No comments: 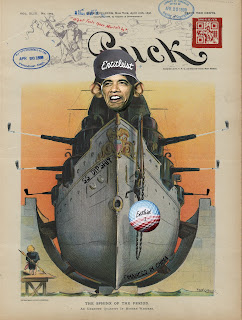 By Paul Craig Roberts: Caught with its pants down in Syria, the US government is making a fool of itself. By attempting to mischaracterize Russia’s actions against ISIS in Syria, Washington has admitted that the terrorists from outside Syria, who are attempting to overthrow the elected government of Syria, are “our guys.”
In an interview with Fox “News,” a senior US government official said: “Putin is deliberately targeting our forces. Our guys are fighting for their lives.”
Professor Michel Chossudovsky reports that “our guys” includes Western military advisers, intelligence agents and mercenaries recruited from private security companies.
The defense official told Fox “News” that the Russians are “completely disingenuous about their desire to fight ISIS.” According to the Obama regime, all of the hundreds of Russian air and missile attacks against ISIS are directed at US trained moderate terrorists — all five of them — and their hundreds of Western advisors.

Max Keiser and Stacy Herbert discuss crossing the Rubicon and crossing the Delaware as “forced capitalists” ensure that bondholders never take any risk. In the second half, Max and Stacy continue their interview with Joel Benjamin of Debt Resistance UK.
Posted by Angelo Agathangelou at 7:28 pm No comments:

There is a documentary film on gender currently running a Kickstarter campaign that feminism would prefer never sees the light of day. You may be imagining some amateur film made by buffoons bumbling their way through a hit piece on feminism, but you’d be well off the mark. The film is The Red Pill, by self-professed feminist Cassie Jaye. 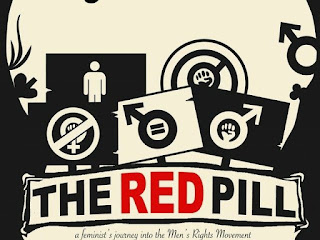 By Milo Yiannopoulos: Jaye has some heavy-duty credentials: she won two awards at international film festivals for her 2010 documentary Daddy I Do and sympathetically covered gay marriage in a second well-received documentary, The Right to Love: An American Family.


Jaye describes her latest project, The Red Pill, as “a fly-on-the-wall film about men’s rights activists.” But, she says, at some point during filming the process morphed into her journey through ideologies opposing feminism. What makes the film unique is that it will document her “chipping away at long held beliefs, as my worldview changed within the first month,” a process captured, she says, through video diaries which will be included in the film.
Read more »
Posted by Angelo Agathangelou at 4:35 pm No comments: 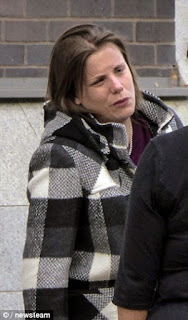 By Mike Buchanan: Here we go again. From the article:
Prosecutor Graeme Simpson said: ‘There is evidence that there was an occasion when all three were in bed together, but no evidence of any sexual activity on that occasion.’
Graeme Simpson is the prosecutor? What, precisely, would constitute ‘evidence’ of sexual activity between a woman and two teenage girls? A video recording? Does Mr Simpson imagine a 31-year-old teacher – who the taxpayer is paying him to prosecute – was in bed with 13-year-old and 16-year-old female pupils to give them feedback on their homework? Give me strength.
At least two other male geniuses were in the courtroom. The first:

Adjourning the case for a pre-sentence report to be prepared, Judge Andrew Lockhart QC said: ‘The court is dealing here with a teacher who has abused the position of trust she was given by the education authority by reason of the position she took between 2008 and 2011.

Read more »
Posted by Angelo Agathangelou at 3:32 pm No comments:

Thorium: Do you know what they all mean? And can you tell the difference between 'real' Social Justice jargon and mock imitation?

Read more »
Posted by Angelo Agathangelou at 10:23 am No comments:

Read more »
Posted by Angelo Agathangelou at 8:19 am No comments:

I Stand With Bahar Mustafa, Julie Bindel And Germaine Greer

By William Collins [AKA MRA-UK]: This is a test. Have no doubt, this is a test.
You see, you are either in favour of free speech or you aren’t. If so, you don’t get to choose who can speak. That’s sort of the point. Free speech means everyone gets to speak. Even hateful sexist, racist bigots. 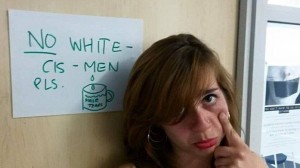 And when it comes to people with hateful opinions, Bahar Mustafa, Julie Bindel and Germaine Greer are on the A team, without question. And they must be allowed their say.
Apart from anything else, if they coudn’t speak, how would we know they were bigots. I’d rather have these people out in the open.
You will recall Bahar Mustafa, the Diversity Officer at Goldsmith’s University, London, who, in May this year, posted a Facebook message requesting that men and white people not attend a BME Women and non-binary event. The uninitiated might find it odd that a specified gender or race should be excluded from an event supposedly about “diversity”. The initiated, of course, know that “diversity” means “adherence to approved identity politics”. So excluding white men is to be expected.
To emphasise her message, Mustafa also posted a photo of herself alongside a notice to that effect – adding a mug of male tears in case we were still in doubt about her allegiances. 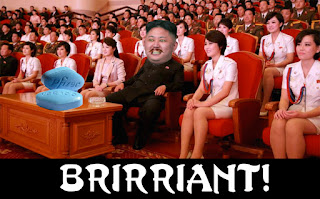 By Matthew Cole: On May 10, 2007, in the East Room of the White House, President George W. Bush presided over a ceremony honoring the nation’s most accomplished community service leaders. Among those collecting a President’s Volunteer Service Award that afternoon was Kay Hiramine, the Colorado-based founder of a multimillion-dollar humanitarian organization.
Hiramine’s NGO, Humanitarian International Services Group, or HISG, won special praise from the president for having demonstrated how a private charity could step in quickly in response to a crisis. “In the aftermath of Hurricane Katrina,” read Hiramine’s citation, “HISG’s team launched a private sector operation center in Houston that mobilized over 1,500 volunteers into the disaster zone within one month after the hurricane.”
But as the evangelical Christian Hiramine crossed the stage to shake hands with President Bush and receive his award, he was hiding a key fact from those in attendance: He was a Pentagon spy whose NGO was funded through a highly classified Defense Department program.

Read more »
Posted by Angelo Agathangelou at 3:53 am No comments:

johntheother "Who here thinks that the social justice warriors have learnt anything? ...Who thinks they've learnt the concept of reciprocity of behaviour? This is something most people I thought would learn in kindergarten, you push another little kid in a mud puddle, well then you're going to be pushed in a mud puddle pretty soon. Bar Bar put your hand down please. I'm going to tell you they have learnt nothing. ...This is now a world in which vigilante justice is becoming normal!"

Read more »
Posted by Angelo Agathangelou at 1:05 am No comments: