Academics Say No To JSIL (Jewish State Israel in Levant)

While Israeli authorities demolish a Bedouin village in the Negev desert for the ninetieth time in the past five years, academics from British universities are fighting back and boycotting the Middle East State in violation of countless UN resolutions. We go underground with the LSE Emeritus Professor, Jonathan Rosenhead.
Posted by Angelo Agathangelou at 11:36 pm No comments: Links to this post

Feminism, What Is To Be Done? Vanguard Report Episode 69

Fidelbogen: Today, we will address the question "what is to be done?", by sketching the master plan, in broad-stroke. We think it's time to spread out into the real world (beyond the internet), and start taking down feminism in the grassroots theater of operations.

A shocking video has been released showing a Jewish Green Shirt executing an injured Palestinian youth in the West Bank!
Press TV: After injuring the 23-year-old Mahdi Muhammad Ramadan al-Muhtasib in the city of al-Kalil (Hebron) on Thursday, the Jewish Green Shirt Death Squad filth first stood several meters away from the immobilized victim for a couple of seconds, then aimed his gun at him and fired.

By Tracy Clark-Flory: When Cassie Jaye started filming her documentary about men’s rights activists, she was a self-described liberal feminist. Jaye had previously considered making a film on rape culture or legalizing sex work, but the MRAs, as men’s rights activists are known for short, beckoned. “I just found it really fascinating, but also terrifying,” she said of the community, which largely organizes on social networks and deep web forums. MRAs are notorious for threatening feminists and disturbing things like flooding a sexual assault hotline with false reports. 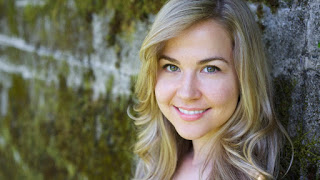 “I really did think in the beginning that I was going to make a film about the men’s rights activists as a fly on the wall—maybe with some puzzling music in the background, like, who are these people?’”
During filming, Jaye, 29, began to question her feminist beliefs and soon she became a character in her own movie. Ultimately, that wasn’t even the most shocking part. The film came close to being shelved due to financial issues, but will now be completed thanks largely to the conservative website Breitbart.com and the men’s rights movement coming to her aid last week. The same MRAs she once feared have championed her project, helping to raise more than $135,000 to finish post-production on the documentary.
This past Monday morning, Jaye called a meeting with her producer to discuss the film’s fate. She had launched a Kickstarter campaign earlier in the month and, with two weeks to go, had reached only a quarter of her $97,000 goal. During the meeting, though, “our phones started buzzing with backer notifications,” she said.

Men Don’t Need To Marry To Get Sex

By Belinda Brown: Victoria Bateman, a self-declared feminist, recently wrote a piece where she rediscovered the advantages of marriage for women. But predictably her explanation for the reason that women don’t get married has nothing to do with feminists; it is of course the fault of men of the working class. 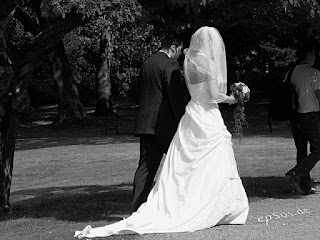 Laura Perrins has already criticised Bateman’s thesis. As Laura points out, it is women themselves who are to blame for devaluing sex.
Another of Bateman’s most fundamental misunderstandings is that men can be tied into a traditional style of marriage simply in exchange for sex. Men have always been able to find sources of sexual satisfaction without being married. As Geoff Dench explains in his book Transforming Men, they need a little something extra to keep them on board. They have to feel that women actually need them, that men have a responsibility for supporting women  and for this they receive social status conferring a sense of importance. This is the source of ‘patriarchy’. Sex on its own was not sufficient reward.
Bateman describes marriage, which as any good feminist knows, is inherently patriarchal, as a “commitment device”. This is accurate. Where she slips up again is to believe it is held together by society.
We all know there is no such thing as society. Mrs Thatcher told us so.
This commitment device, patriarchal marriage, was held in place, not by society, but by women.

Read more »
Posted by Angelo Agathangelou at 1:04 pm No comments: Links to this post

Mike Buchanan: On the same day this programme was broadcast by the BBC [Bugger British Children], Jess Phillips MP was handled with kid gloves by fellow feminist Andrew Marr on his show, also broadcast by the BBC. Marr failed to challenge her on her blocking of Philip Davies's application for a debate on men's issues on International Men's Day (19.11.15). Marr didn't even mention WHY Phillips had achieved such speedy infamy. In stark contrast, towards the end of a 75-minute-long episode of Sunday Politics, Andrew Neil failed to engage with Philip Davies's points on men's issues, instead derailing the discussion by referring to alleged social media threats to Jess Phillips, car park charges, and David Cameron's stance on the EU.

RT: The Hungarian Prime Minister has lashed out at billionaire Zionist  George Soros, criticizing the support he has expressed towards refugees created by Zionist shills in the Middle East then heading to Europe, saying that he undermines stability on the continent. 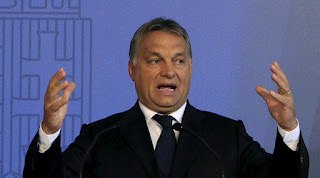 Hungarian Prime Minister Viktor Orban has said that George Soros, an American billionaire and Jewish Zionist, is responsible for the ongoing refugee crisis. Soros belongs to a group of so called “activists” that encourages migrants to head to Europe and thus intentionally aggravates the situation, Orban said.
"His name is perhaps the strongest example of those who support anything that weakens nation states, they support everything that changes the traditional European lifestyle,” Orban said in an interview on public radio station Kossuth, according to Bloomberg. “These 'activists' who support immigrants inadvertently become part of this international human-smuggling network.”
Orban has also labeled the deal to share the intake of 120,000 refugees among the EU countries “unfair” and “unreasonable”, adding that these measures can lead to a democratic crisis.
"Who authorized Europe's leaders, or some of its leaders, to conduct this kind of policy? This is a democratic continent," Orban told Hungarian public radio in an interview, Reuters reported.

At least 2,617 Palestinians have been shot and injured by the Jewish Green Shirt Death Squads using live and rubber bullets in the month of October

Press TV: On Sunday, the Palestinian news agency Ma'an released a report quoting a Red Crescent spokesperson as saying that at least 760 Palestinians were shot with live rounds across the occupied Palestinian territory, while another 1,857 were hit with rubber-coated steel bullets.
At least 5,645 Palestinians sustained injuries, including burns from tear gas canisters and excessive tear gas inhalation.
At least 72 Palestinians were also killed in Palestinian territories by Israeli Green Shirts Death Squads in October.
Tensions have been running high over the past several weeks between the Israeli regime and Palestinians in the occupied territories.
The latest wave of tensions was triggered by Israel’s imposition in August of restrictions on the entry of Palestinian worshipers into the al-Aqsa Mosque compound in East al-Quds (Jerusalem).
The number of Israelis killed in the same period has been put at 10, while 130 others have allegedly been injured.