Barack Obama: The First Jewish President? Chicago Jewish Circle Nurtured Him All The Way To The Top

Commentary by David Duke: This article was published by Obama’s hometown newspaper shortly after his election as president. It deserves a retrospective read.

Barack Obama: The first Jewish president?
Chicago circle nurtured him all the way to the top 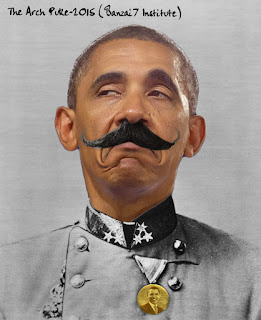 December 12, 2008 | By Tom Hundley, Tribune reporter
Writer Toni Morrison famously dubbed Bill Clinton “the first black president” — a title he fervently embraced.
Abner Mikva, the Chicago Democratic Party stalwart and former Clinton White House counsel, offers a variation on that theme. “If Clinton was our first black president, then Barack Obama is our first Jewish president,” says Mikva, who was among the first to spot the potential of the skinny young law school graduate with the odd name.


“I use a Yiddish expression, yiddishe neshuma, to describe him,” explains Mikva. “It means a Jewish soul. It’s an expression my mother used. It means a sensitive, sympathetic personality, someone who understands where you are coming from.”

The Expert Witness - Part 1 + The Extraordinary Trial Of Arthur Topham

By Gilad Atzmon: The following is the first part of Gilad Atzmon’s Expert Witness Testimony at Arthur Topham’s criminal trial.  This part contains a brief summary of Atzmon’s perception of the Jews and their politics.  In the next part Atzmon will explain how these ideas serve to vindicate all forms of criticism of Jewish politics, ideology, symbols, rituals and so on.
Attorney Barclay Johnson: Mr Atzmon, can you please elaborate on the notion of Jewish Identity Politics. 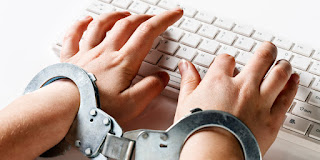 Expert Witness Gilad Atzmon: Identity politics is a relatively new study that looks into the meaning and the means of identification of various groups. Instead of asking what is X or Y, identity politics delves into the question of what identifying as X or Y may entail.  I have gone through the court case documentation and detected a considerable lack of understanding of the complexity of the terminology related to Jewish matters: identity, religion, race and politics. In particular, I encountered confusion in the comprehension of the crucial distinction among:
A: Judaism (the religion)
B:  The Jews (the people)
C: Jewishness (the ideology)
In order to grasp these notions we must elaborate first on the meaning of Jewish Identity Politics.

If the police aren't going to take rape seriously, why should the rest of us? 6oodfella

Do Men Rape In The Woods??

I do this so that because you and do. DoctorRandomercam
Read more »
Posted by Angelo Agathangelou at 1:12 pm No comments:

But who is the governments’
strongest ally in their War on Cash? 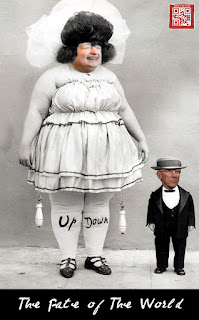 By Don Quijones: The War on Cash is advancing on all fronts. One region that has hogged the headlines with its war against physical currency is Scandinavia. Sweden became the first country to enlist its own citizens as largely willing guinea pigs in a dystopian economic experiment: negative interest rates in a cashless society. As Credit Suisse reports, no matter where you go or what you want to purchase, you will find a small ubiquitous sign saying “Vi hanterar ej kontanter” (“We don’t accept cash”):

Whether it’s for mulled wine at the Christmas market, a beer at the bar, even the smallest charge is settled digitally. Even the homeless vendors of the street newspapers Faktum and Situation Stockholm carry mobile card readers.
A similar situation is unfolding in Denmark, where nearly 40% of the paying demographic use MobilePay, a Danske Bank app that allows all payments to be completed via smartphone. With more and more retailers rejecting physical money, a cashless society is “no longer an illusion but a vision that can be fulfilled within a reasonable time frame,” says Michael Busk-Jepsen, executive director of the Danish Bankers Association.

Read more »
Posted by Angelo Agathangelou at 9:21 am No comments:

Commentary by Dr. Patrick Slattery: Did you wonder why so many Jews from PM Netanyahu on down cried “existential threat” regarding the Iran deal, which if anything was very unfair to Iran and tramples their internationally sanctioned right to develop nuclear power? The whole thing was a set up - a way for Jewish extremists to have their bagel and eat it too. They forced Iran to dismantle its nuclear fuel processing infrastructure, and now they can also whine that the scary Iranian threat warrants a massive increase in U.S. military aid to Israel. 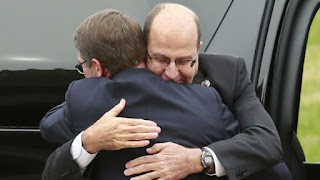 It is worth keeping in mind that the three or five billions in formal military aid is just the tip of the whineberg. For instance, when Rabbi Dov Zakheim was Defense Department Comptroller in 2004 he revealed that $2.3 trillion could not be accounted for. No doubt a good share of this wound up in Israeli accounts.
So now the Israelis and their supporters in the Jewish lobby are handing over their shopping list to American taxpayers. They say that America owes their number one best ally ever billions of extra shekels because of the dangerous deal Obama cut with Iran. That’s easy for Jew to say!

Read more »
Posted by Angelo Agathangelou at 5:13 am No comments:

Do you think you're religious? Most feminists do not, and they're flatly wrong. johntheother

Read more »
Posted by Angelo Agathangelou at 3:25 am No comments: