By Caroline Garnar: Viewers of a BBC Three documentary which looked at the rise of female violence have taken to Twitter to criticise the show for offering excuses for the perpetrators.
The Rise of Female Violence, which aired last night at 9pm, aimed to highlight society's skewed perceptions of female-on-male violence versus-male-on female violence.
But by offering alcohol and 'low self respect' as reasons behind women's violent behaviour, people took to Twitter to argue: 'People don't look for all these excuses when a man attacks a woman. So why are we making excuses for women's bad behaviour?'

The Difference Between Libertarian & Authoritarian

That Guy T: Take the yellow pill my friends! It will lead you to truth, love and prosperity! ....Or was that just Ecstasy? Either way, it's better than authoritarianism ^_^

Max Keiser and Stacy Herbert review Kilkenomics 2015 where comedy meets economics in Kilkenny, Ireland. They look at black swans, the ‘US Crisis,’ housing bubbles, the inequality of R.I.P. and the rock star economist, Yanis Varoufakis. During the course of the episode, they play clips of interviews shot in Kilkenny with Steve Keen discussing housing bubbles and Ireland; Constantin Gurdgiev on Buffett’s alpha, Uber’s taxes and the real economy vs the fake economy; and Nassim Taleb about the best food in the world happening in Aleppo and the latest on black swans and what he’s been writing.
Posted by Angelo Agathangelou at 4:46 pm No comments: Links to this post

Feminists don't care if Thunderf00t gets fired because, according to feminism, he's doing the "wrong" kind of science. Feminism LOL

Read more »
Posted by Angelo Agathangelou at 2:34 pm No comments: Links to this post 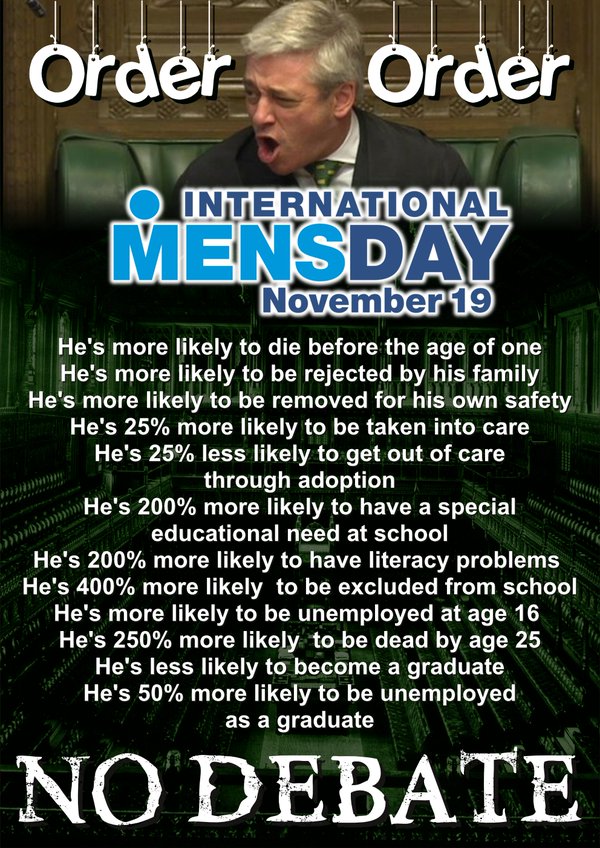 Read more »
Posted by Angelo Agathangelou at 1:33 pm 2 comments: Links to this post 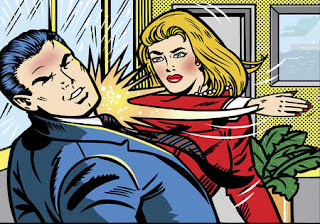 hequal: So I’ve just wasted an hour watching the entire broadcast of BBC Three’s “Rise of female violence” programme. To save other people the bother of making the same mistake and being disappointed by what could have been an excellent programme here’s a quick review. (Spoiler – it went pretty much as everyone predicted).
The programme was often unwatchable and unengaging at times which is a real shame as it’s a key subject repeatedly ignored by the likes of the BBC and some had hoped for so much more. There was real potential to look at attitudes to female violence and see its’ consequences, yet most of the focus and was on female perpetrators, and we had to see through what felt like hours of interviews with thoroughly unpleasant and extremely boring violent women. As you’d expect with the BBC, these criminals were all treated with sympathy and entirely the reverse of the way the broadcaster would feature their male counterparts.
Perhaps the main problem with the broadcast was that it constantly sought to excuse violence by such women and always sought to blame it on someone else as much as possible.

Read more »
Posted by Angelo Agathangelou at 11:34 am No comments: Links to this post

Toy Soldiers: A few days ago the Honey Badgers invited Tom Golden, a psychotherapist and the author of Swallowed by a Snake, on their show to discuss men’s health.
I think this is one of the best shows the Badgers have done. It is an excellent discussion about how men deal with emotional pain, what men learn about how people will treat them if they show pain, and the lack of support for suffering men. 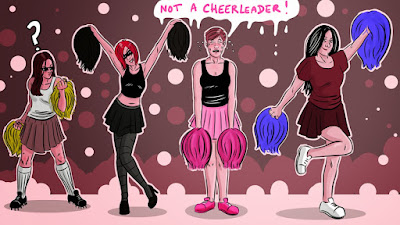 I like that they do not skirt around the issues, especially the idea of there being one “right” way of healing. It is very common for people to tell wounded men that they need to talk about it. Many people fail to realize that this often is not how men cope with their pain or how they show their emotions. Men tend to be doers, so one may see a man make something or do something as a means of dealing with grief or hurt rather than sit down and cry it out.
The two parts that stood out for me was Brian talking about his father’s current health condition and Rachel speaking about a former boyfriend who broke down in front of her. These two stories show the types of things men go through, and ultimately shatter the narrative that men have it easier.

Read more »
Posted by Angelo Agathangelou at 8:48 am Links to this post

The Re-Enserfment Of Western Peoples

By Paul Craig Roberts: The re-enserfment of Western peoples is taking place on several levels. One about which I have been writing for more than a decade comes from the offshoring of jobs. Americans, for example, have a shrinking participation in the production of the goods and services that are marketed to them.
On another level we are experiencing the financialization of the Western economy about which Michael Hudson is the leading expert (Killing The Host). Financialization is the process of removing any public presence in the economy and converting the economic surplus into interest payments to the financial sector.
These two developments deprive people of economic prospects. A third development deprives them of political rights. The Trans-Pacific and Trans-Atlantic Partnerships eliminate political sovereignty and turn governance over to global corporations.
These so called “trade partnerships” have nothing to do with trade. These agreements negotiated in secrecy grant immunity to corporations from the laws of the countries in which they do business. This is achieved by declaring any interference by existing and prospective laws and regulations on corporate profits as restraints on trade for which corporations can sue and fine “sovereign” governments. For example, the ban in France and other counries on GMO products would be negated by the Trans-Atlantic Partnership.

By Janet Bloomfield (aka JudgyBitch): Cassie Jaye has passed her second stretch goal of $175K and is on her way to being able to actually pay herself for the work she does! I think that’s completely amazing! The deceptively innocuous Sargon of Akkad drew Cassie out in an interview today, wherein she discussed her evolving views on feminism in more detail than I have ever heard her express before. If you are on the fence about donating to Cassie, have a listen to her conversation with Sargon, and then do as you will.

Posted by Angelo Agathangelou at 2:55 am No comments: Links to this post