By John Vibes (ANTIMEDIA): In the state of Oregon, where marijuana for recreational purposes was legalized just over a month ago, there are already more retail marijuana shops than there are McDonald’s or Starbucks.
According to Oregon’s Health Authority, there are 281 marijuana businesses in the state due to the fact that there was already a vast network of medical dispensaries there. When legalization kicked in, these dispensaries were able to quickly repurpose themselves as retail outlets. This allowed the industry to grow much quicker in Oregon than it did in Colorado or Washington.
In Oregon, there were over 250 medical marijuana dispensaries that were immediately able to sell to recreational customers, while in Colorado there were just 24 retailers open on the first day of legalization — and Washington had only four.
In fact, in Oregon, the cannabis industry is already becoming as visible as major fast food corporations, with more locations in the state than both Starbucks and McDonald’s. They have 248 and 205 locations, respectively.
It is important to mention that many different businesses and owners make up the 281 marijuana shops across the state, while Starbucks and McDonald’s are individual businesses.

Read more »
Posted by Angelo Agathangelou at 11:18 pm No comments:

A Battle With No Front

By Gilad Atzmon: Yesterday morning, the news was broadcast of extensive ‘heroic’ allied drone attacks in Iraq and Syria in support of the battle for Sinjar. We also learned about the assassination of Jihadi John. We were told some revenge might be on the way.  As promised, last night Paris was bathing in blood. 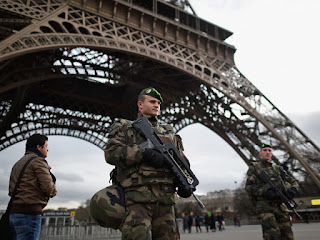 Welcome to World War III – a global conflict with unlimited battlefronts. We, as people of the world, are all caught in the middle in this disaster. We see that our universe is crumbling, we want peace, yet we don’t even know who the enemy is.
For some of us, this recent escalation is not a surprising development. We have been writing about it for years. We have been scrutinising the disastrous impact of the matrix of Ziocon immoral interventionist lobbies that have been relentlessly advocating more and more conflicts.  The CRIF in Paris, CFI in London and AIPAC in Washington all push for escalation of the battle against Arabs and Muslims in accordance with the Israeli plan for a new Middle East.
We are forced to accept the fact that extremist Muslims are very upset and they can hit hard and in a very short time. Russia saw one of its planes falling out of the sky, killing more than two hundred innocent holiday makers. Paris has again suffered. We must ask, is it necessary? Do we have to live in fear from now on? Is peace an option?

Read more »
Posted by Angelo Agathangelou at 10:00 pm No comments:

The First Question to Ask After Any Terror Attack: Was It a False Flag?
Presidents, Prime Ministers, Congressmen, Generals, Spooks, Soldiers and Police ADMIT to False Flag Terror 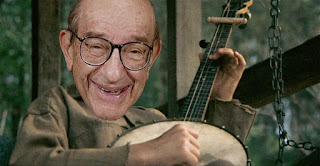 By WashingtonsBlog: In the following instances, officials in the government which carried out the attack (or seriously proposed an attack) admit to it, either orally, in writing, or through photographs or videos:
(1) Japanese troops set off a small explosion on a train track in 1931, and falsely blamed it on China in order to justify an invasion of Manchuria. This is known as the “Mukden Incident” or the “Manchurian Incident”. The Tokyo International Military Tribunal found: “Several of the participators in the plan, including Hashimoto [a high-ranking Japanese army officer], have on various occasions admitted their part in the plot and have stated that the object of the ‘Incident’ was to afford an excuse for the occupation of Manchuria by the Kwantung Army ….” And see this.
(2) A major with the Nazi SS admitted at the Nuremberg trials that – under orders from the chief of the Gestapo – he and some other Nazi operatives faked attacks on their own people and resources which they blamed on the Poles, to justify the invasion of Poland.

Read more »
Posted by Angelo Agathangelou at 7:46 pm No comments:

By Doug Mortimer: Imagine you are a young woman doing research on primate behavior somewhere in Africa. You’re watching some species of apes engaging in characteristic behavior. The alpha male is lording it over the troop and the females are submitting to him. 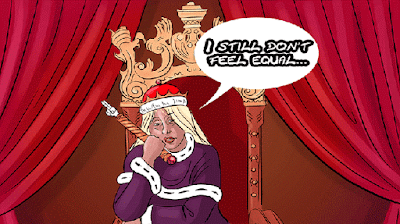 Tsk, tsk, typical male chauvinist, thinks the young primatologist. But would
she make this sort of observation in her report? Of course not. The species
she’s studying is known to be hierarchical. They have no illusions about gender
equality. In fact, they have no concept of it. It would be unprofessional to
insert such an anthropomorphic observation into her field notes.
Now suppose another young woman is studying some tribe in a remote corner of the globe. She witnesses men doing their manly deeds…hunting, lolling in
hammocks, dancing around the campfire while dressed as some sort of spirit
animal, telling fart jokes, or whatever, and the women doing their womanly
deeds…cooking, sewing, weaving, swatting their children, or whatever.

Read more »
Posted by Angelo Agathangelou at 4:54 pm No comments: 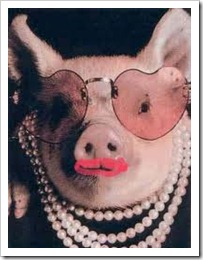 By Dublin Eileen: It’s so incredibly depressing here in Ireland!
A series of lipstick wearing pigs have been trotted out by the Irish media and people are falling for it hook, line and sinker. All hail beautiful lippy pig! We worship and adore you!

A constant parade of prettified pigs,  including a piggy economic ‘recovery’, piggy social house building, piggy rent certainty, profitable state owned piggy banks, piggy Oireachteas enquiries, etc etc have Irish people swooning in awe! Middle Ireland are again believing the feel good pig shit thrown at them. The latest is the confidentiality clause being upheld by the Department of Finance,in relation to the investigation of questionable transactions and deals made by IBRC, (the state bad bank), comprising the uber dodgy Anglo and Irish Nationwide banks. Interestingly in documents procured by Catherine Murphy MP, under the freedom of information acts (after much foot dragging and redaction), the department itself had major concerns over these same transactions. Now the cosmetic Oireachteas inquiry is dead in the water.
Another glossy piggy – is the fact that barely a mention of allegedly fraudulent behaviour by a Bank of Ireland employee as aired in a Spotlight documentary by BBC NI was hardly discussed here by the media.

I try to explain factors and how SJWs use them wrong by using cops, crime, race and the wage gap. I end by explaining how cops use factors to cause the very thing SJWs complain about. M
Posted by Angelo Agathangelou at 10:19 am No comments:

By Paul Craig Roberts: At 7pm on Friday 13th we do not have much information about the “terrorist attacks” in Paris other than that Paris is closed down like Boston was after the “Boston Marathon Bombing,” also a suspected false flag event. 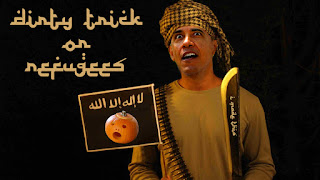 Possibly believable evidence will be presented that the Paris attacks were real terrorist attacks. However, what do refugees have to gain from making themselves unwelcome with acts of violence committed against the host country, and where do refugees in France obtain automatic weapons and bombs? Indeed, where would the French themselves obtain them?
The millions of refugees from Washington’s wars who are overrunning Europe are bringing to the forefront of European politics the anti-EU nationalists parties, such as Pegida in Germany, Nigel Farage’s UK Independence Party, and Marine Le Pen’s National Front Party in France. These anti-EU political parties are also anti-immigrant political parties.
The latest French poll shows that, as a result of the refugees from Washington’s wars, Marine Le Pen has come out on top of the candidates for the next French presidential election.
By supporting for 14 years Washington’s neoconservative wars for US hegemony over the Middle East, establishment European governments eroded their electoral support. European peoples want to be French, German, Dutch, Italian, Hungarian, Czech, British. They do not want their countries to be a diverse Tower of Babel created by millions of refugees from Washington’s wars.

Read more »
Posted by Angelo Agathangelou at 8:46 am No comments:

You know the deal, if you're not listening, we'll be spreading vicious rumours about you. 6oodfella

Read more »
Posted by Angelo Agathangelou at 6:30 am No comments:

Submitted by Tyler Durden: In the wake of the stunning wave of bombings, shootouts, and hostage situations unfolding in Paris on Friday, French President Francois Hollande has closed the French border.
Addressing the nation, President Francois Hollande called on everyone to remain strong and show “compassion and unity.”
“There is much to fear, but we must face these fears as a nation that knows how to muster its forces and will confront the terrorists,” the president said.
He has also declared a state of emergency and called for more army assistance.

The dramatic move comes amid an ongoing situation in the streets of Paris that will likely go down in history as one of the more daring terrorist attacks in history.

Read more »
Posted by Angelo Agathangelou at 12:16 am No comments: