By Herbert Purdy: I was delighted to be approached to be a speaker at the 2nd International Conference on Men’s Issues (ICMI16), to be held in London on 8010 July 2016, and was equally delighted to accept. Pre-registrations are now being invited so the organisers – J4MB and AVfM – can assess numbers and venue needs, and I urge anyone who might be interested to strike while the iron is hot and express interest. There is a lot to be done between now and the conference, and they need to have a good idea of numbers as soon as possible, which is why they are very sensibly asking potential delegates to pay a small pre-registration fee of £22.00 to show good faith.

"Women, even if you saw things our way, we will never come back,
you are simply not worth the hassle." CS MGTOW.
Read more »
Posted by Angelo Agathangelou at 9:17 pm No comments: Links to this post

As The Corbett Report community continues to track the latest updates on the Paris attack investigation, let us not forget the essential underlying truth:
ISIS is a creation of the US, Turkey, Israel and the Gulf States, and they are fostered, funded, equipped, armed, trained and protected by the NATO allies and the GCC, France included. 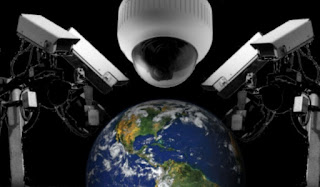 Last week, the British Prime Minister told Parliament that he wants to “ensure that terrorists do not have a safe space in which to communicate.”
Strong encryption refers to the act of scrambling data in such a way that it cannot be understood by anyone without the correct key or password — even law enforcement with a warrant, or the software manufacturer itself. It’s used in some of the most popular tech products in the world, including the iPhone, WhatsApp messenger, and Facebook.
A highly respected cryptographer and security expert is warning that David Cameron’s proposed ban on strong encryption threatens to “destroy the internet.”
– From the post: Top Computer Security Expert Warns – David Cameron’s Plan to Ban Encryption Would “Destroy the Internet”
By Michael Krieger: You didn’t think the surveillance state would give up that easily did you? Of course not.

Every Position On The Spectrum Supports The US Government’s Propaganda

By Paul Craig Roberts: The excellent article below by Glenn Greenwald reminded me that I have meant to write about how every sort of interest attaches to the government’s propaganda in order to make its point. 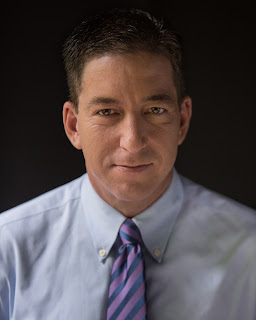 Greenwald shows how the Snowden haters in the US media seized on the Paris attack in order to blame Snowden. The American, indeed Western, media consists of the scum of the earth, and they all together are no match for Glenn Greenwald. Greenwald shows that they are so dimwitted that they cannot remember their previous stories long enough to save them from making laughing stocks of themselves when they gang up on Snowden.
The presstitutes that constitute the Western media had a great incentive to buy in to the false story of the Paris attack, because they saw an opportunity to blame the attack on Snowden, who showed them up for what they are — whores who lie for the government for money.
Likewise, anti-immigration web sites and political parties have a great stake in the false story of the Paris attack, because they can use it to emphasize the perils of allowing into a country people who don’t belong there.
Read more »
Posted by Angelo Agathangelou at 2:19 pm No comments: Links to this post

The Argument
Every art or applied science and every systematic investigation and similarly every action and choice, seem to aim at some good; the good, therefore, has been well defined as that at which all things aim.

So in this way every being through its actions and choices aims at some good and it’s good is that which best serve the purpose of the being it is. But then what is the good at which man aims?

Read more »
Posted by Angelo Agathangelou at 11:23 am No comments: Links to this post

University Of York Cowardice And Bigotry

University announces plans to mark International Men's Day, is challenged by feminist bullies and quickly runs away yelping with its tail between its legs. Enjoy being bullied by these hate mobs for the foreseeable future, UoY! 5hadowfax

Read more »
Posted by Angelo Agathangelou at 8:47 am No comments: Links to this post

'...why doesn't the press mention that ISIS is terrorising only Western interests abroad, but not laying a hand on
Israel and its interests?'
"It's all over the news, the war on [of] terror must be revived! That's the shriek from the Jewish owned press following the Paris attack,

Why Most Feminists Are Fat And Ugly?

The question is why Most Feminists are Fat and Ugly? And I'm not the one saying this. It comes from an article under the same name that I'm putting in the description below. Right now I want to read a short line from that article so here goes: "Feminism is intrinsically a downward trend because the only thing a beautiful women can do to that makes herself more desired in a society, is to reduce the amount of beauty in that society. This is why your typical third Wave feminist or rape activist is fat, has a manjaw, or is otherwise unattractive. If you are ugly, devaluing beauty is not a bad evolutionary strategy." So there you have it folks one of the great mysteries of the universe has been solved. So it seems that feminism is an evolutionary and reproductive strategy for overweight and obese women.