Is Cameron A Chamberlain Pretending To Be A Churchill?

By Gilad Atzmon: British Labour leader Jeremy Corbyn is not doing very well at the moment. He has been denounced by pretty much everybody for making a lot of sense in calling on us to avoid extrajudicial killing.  David Cameron is way more sophisticated. The British PM is a Chamberlain like dove pretending to be a Churchill. He speaks like a warmonger but uses every trick to hide his non-existent armada. 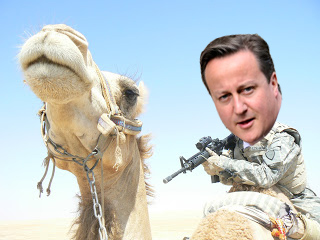 Following the massacre in Paris, Cameron vowed “to ramp up the fight against ISIS” and to destroy the “fanatical extremist state at its source.” Impressive stuff, no doubt. The British PM even sat a time frame for his apocalyptic vision. He promised to deploy the RAF in the region before Christmas. Come on Mr. Cameron, we are not talking here about a 19th century cavalry schlepped through Europe on a sluggish steam engine train. Cameron well knows that the RAF’s Jaguars can be in the region within less then two hours. An RAF squadron can become operational within a day. Cameron is obviously trying to buy time.  He hopes that by Christmas the incompetent François Hollande will get himself into so much trouble that Britain will have to come to the rescue as a peace envoy. Not bad, I like the idea.
But today, the Brits exceeded themselves. In an attempt to convey a sense of ‘urgency’ and assertiveness, the British government announced that it has now decided to form two 5,000-strong "strike brigades" that can be rapidly deployed. Don’t you worry.  It is not going to happen any time soon. 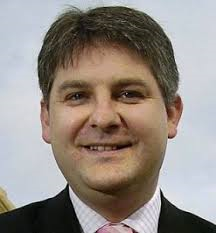 By William Collins [aka MRA-UK]: Congratulations to Philip Davies, MP for Shipley, both in getting this debate in parliament – for the first time – and also in giving a pretty good run down of many of the key issues for men and boys, despite the evident opprobrium from the other members. Apart from Philip Davies the other members were determined to discuss only the suicide issue. Well, that’s better than nothing. Let’s hope a parliamentary debate on IMD becomes an annual event and that we can work round all the major issues in time. Who knows, perhaps the idea that males do actually experience substantial disadvantage may, in due course, cease to be a suitable subject for mockery.
I’d like to make a few observations about what was said by MPs other than Philip Davies.
Mrs Moon, MP for Bridgend,  spoke on behalf of the all-party group on suicide and self-harm prevention. She made a lengthy speech and was lauded by all for her expertise. Yet, on international men’s day, she said virtually nothing specific about men – despite being rightly chided on this very point by the member for Telford (Lucy Allan). The only remark she made pertaining to the male suicide issue was this,
…the emotional education that we give to young men in this country is very poor. No matter how modern and how diverse a society we become, we still seem to educate our children to feel that they have to man up and be strong, and that they cannot talk about emotions.

Read more »
Posted by Angelo Agathangelou at 9:37 pm No comments: Links to this post

BBC: A woman who tried to murder her husband on Christmas Day by lacing his cherry Lambrini with anti-freeze has been jailed for 15 years.
Jacqueline Patrick, 55, served up the lethal cocktail to Douglas, 70, with his supper after a row at the family home in Gipsy Hill, south London. 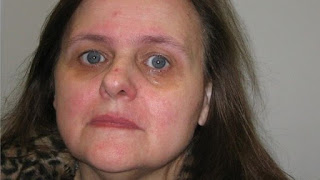 Their daughter Katherine, 21, had encouraged her mother to spike the drink, Inner London Crown Court heard.
She was jailed for three years.
Katherine admitted inciting another to administer a noxious substance, while her mother pleaded guilty to two counts of attempted murder.
The court heard Patrick poured her husband about two-and-a-half glasses of the spiked drink on Christmas Day 2013.
When he became ill the next morning she phoned the ambulance service and told them the alcohol had caused his previous kidney failure to "flare up again".
When ambulance staff arrived his wife of more than 25 years handed them a fake "do not resuscitate" note, the jury was told.
During his hospital stay a blood test confirmed Mr Patrick had suffered from anti-freeze poisoning.
His wife told them she thought he may have drunk a blue liquid by mistake, prompting the medics to act on their suspicions and contact the police. 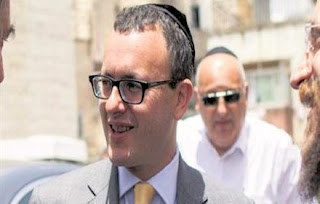 By Stuart Littlewood: A chilling remark from a House of Lords debate just caught my eye.
Column GC355 in Hansard, the verbatim report of proceedings of the UK parliament, dated 4 November 2015, said:


Lord Mendelsohn: We welcome the appointment of the former British ambassador to Israel, Matthew Gould, who will have a key role in cyber security inside the Cabinet Office – a very useful and important position.

Sure enough, the UK government’s website confirms that Gould is now director of cyber security and information assurance at the Cabinet Office. “He and his team are focused on keeping Britain safe from cyber attack, through delivering the UK’s Cyber Security Strategy.”

From Zundel To Topham: Zionist Theatre

By  Eric Walberg: The trials of Arthur Topham, Canadian journalist and publisher of Radical Press, for "hate crime" (2007) and "hate propaganda" (2012) under new Criminal Code “Hate Propaganda” legislation, have resulted in exactly the opposite of what the prosecution, B'Nai Brith, wanted.
Instead of quietly muzzling the gadfly critic, the result has been the highlighting of past Jewish hate crimes, and the increasing control by Zionist groups of Canadian politics to promote Israel and censor anti-Zionist criticism. 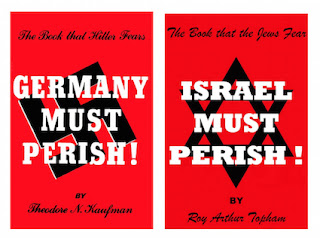 Topham's trial is a storybook battle of the brave little guy against goliath.  The 68-year-old Topham lives on an isolated farm in BC, and has worked as a carpenter, miner, farmer, and journalist-publisher. The crown's chief witness against him was Len Rudner from the Centre for Israel and Jewish Affairs (CIJA). Prior to this trial, Rudner had attempted to force Topham’s internet provider to shut down his web site, and no doubt took satisfaction when a hacker mysteriously wiped out its contents in 2006. As evidence of hate, Rudner presented Topham's political poster which truthfully (if provocatively) shows the theatrical state of Canadian-Israeli relations today
Germany Must Perish!
Then the trial turned to Israel Must Perish!, Topham's parody based on a now forgotten book Germany Must Perish! (1941) by Theodore Kaufman.

Read more »
Posted by Angelo Agathangelou at 2:04 pm No comments: Links to this post

By Jeff Berwick: Here is a short clip featuring Donald Sutherland, who acted in The Hunger Games movie series, to learn in some detail what he thinks about them. He says flatly, it is an allegory pertaining to the United States, which is just what I wrote about a year ago.
You can see the Sutherland video clip here:
That is quite outspoken and courageous of Donald Sutherland to say.  If it gets too much exposure he’ll likely see his Hollywood roles begin to disappear.
Here’s a quote from our article on The Hunger Games, which you can see here.


When I think about Washington DC, increasingly, I see The Capitol depicted in the Hunger Games

Read more »
Posted by Angelo Agathangelou at 10:24 am No comments: Links to this post

Sexism In The UFC?

I don't think "misogyny" is the reason why people are mocking Ronda Rousey. Feminism LOL

This Week In SJW And Feminist Stupid

"Black lives matter invade a library and attack a bunch of fucking dorks doing their homework. Chanting 'you filthy white fucks' isn't going to make people think you aren't a violently anti-white movement. ...On the subject of Universities, David Starkey the historian responsible for blowing the fuck out of Laurie Penny [feminist] on stage, now all over youtube, has been banned from Universities! ...The student union at University College London [UCL] banned [Friedrich] Nietzsche fearing that he would inculcate students with right wing ideas! Students at Goldsmiths College London and also at Cambridge recently burned the newspapers of far left groups that they found offencive! What the fuck is going on?" Sargon of Akkad

A Life Ruined By Feminists And The State: Only The Internet Can Save Canada’s Gregory Alan Elliott

By Milo Yiannopoulos: His name is Gregory Alan Elliott. He has been on trial for three years, in a costly Canadian court battle with drastic implications for free speech. For two years, he was banned from the internet, where he previously earned much of his income. His artwork, hanging in a local coffee shop in Toronto, was recently defaced by a mob of enraged activists. 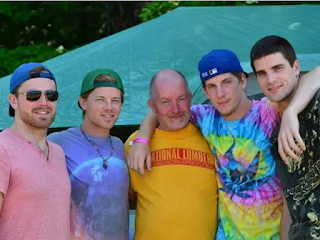 Crippled by loss of work and the ongoing court case, Elliott and his family have been forced to turn to an online crowdfunding campaign to cover their legal costs. What did he do to bring about such persecution? Did he kill someone? IS he a virulent white supremacist? A campaigner for pedophile rights?
No. Elliott criticised feminists on the internet.
The story begins in 2012, the heyday of online feminism, two years before GamerGate smashed the dominance of progressive activists on social media. Stephanie Guthrie, a young Toronto woman looking to raise her media profile, had a bright idea: she would lead a Twitter mob against a critic of professional feminist whingebag Anita Sarkeesian.