Students and faculty at Smith College apparently didn’t want a repeat of that ugly episode at the University of Missouri, where a communications professor was filmed calling for the forcible removal of a journalist from an on-campus demonstration earlier this month. 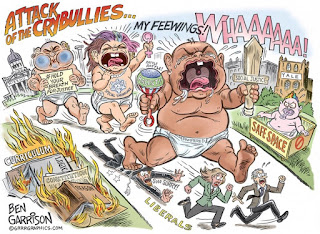 So when they held a sit-in Wednesday to protest racial discrimination, their solution was to not let in members of the media in the first place — unless said media members pledged allegiance to the cause.
– From the Washington Post article: These College Protesters are Demanding the Media Who Cover Them Support Their Cause
By Michael Krieger: In yesterday’s post, Not a Safe Space – Canadian University Suspends Yoga Class After Students Become Offended, I explained how those most responsible for the almost inconceivable authoritarian idiocy spreading across college campuses are not the students themselves, but their spineless and inept administrators.

Read more »
Posted by Angelo Agathangelou at 11:48 pm No comments: Links to this post

Rape Is Not A Feeling

By Janet Bloomfield (aka JudgyBitch): I’m rather enjoying using my personal account on Twitter these days, although I confess I’m shocked the #cybermob hasn’t mass reported me for abuse, yet. I’ve had to block oodles of them for #cyberviolence, but hitting the block button doesn’t tax me all that much. I guess I’m made of some pretty stern stuff, managing to carry on with my life after people insult me on Twitter. 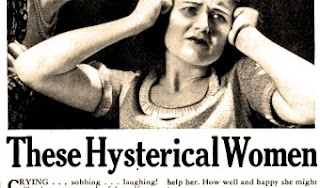 An on-going conversation on Twitter concerns the tricky matter of rape, consent and alcohol. A hoard of feminist cry-bullies got mad when I tweeted “you weren’t raped, you had too much to drink and made a bad decision.” Multiple users insisted that any and all sex with a person who could not legally drive due to alcohol consumption is rape, no exceptions. I really question whether these people have any experience with adult functions at all. They are essentially saying that anyone who cabs it home from a bar, or uses a designated driver, who then goes on to have sex is actually being raped. Or raping. Or something.
And this is where the conversation gets really interesting. When I ask a Twitter feminist if I am a rapist for having sex with my husband when he can’t legally drive, the sputtering begins.

Read more »
Posted by Angelo Agathangelou at 10:23 pm No comments: Links to this post 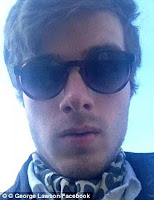 By Belinda Brown: Pity today’s male undergraduate, tasked with navigating his way through the thorny thicket of university gender politics.
For surely Oliver Cromwell himself, history’s most notorious puritan, would have admired the zeal of the new generation of self-styled feminist campaigners, with all their fury over perceived grievances.
The latest target of their rage is George Lawlor, a second-year politics and sociology student at Warwick University, who dared to question the effectiveness of sexual consent workshops run on his campus.
The brainchild of the Left-wing National Union of Students, these consent classes are being rolled out across the higher education sector.
Oxford and Cambridge hold mandatory sexual consent workshops for students during Freshers’ week to discuss ‘myths and misunderstandings’ around rape and harassment.
But Lawlor made the mistake of challenging the feminist orthodoxy by writing on an internet blog that he was offended by the invitation to attend since the vast majority of men ‘don’t have to be taught not to be a rapist’.
Brainwashing
Read more »
Posted by Angelo Agathangelou at 8:51 pm No comments: Links to this post

This Feminist Thinks Princess Leia Is A Victim

This feminist has taken it further than any feminist I have seen before. Not only does she think Leia's slave costume is sexist. But she also thinks there is some kind of implication that Jabba the Hut sexually assaulted Leia. Wanna talk about going Full McIntosh.... Ceara McCord

Read more »
Posted by Angelo Agathangelou at 7:34 pm No comments: Links to this post

Struggle With Old Enemies Of Peace

Max Keiser and Stacy Herbert discuss Japan falling into recession as US businesses are stockpiling at recession era levels. In the second half, Max continues his interview with chartered accountant, tax justice campaigner, professor and definitely NOT Jeremy Corbyn’s paid adviser, Richard Murphy about QE, tax reform and property bubbles.
Posted by Angelo Agathangelou at 6:04 pm No comments: Links to this post 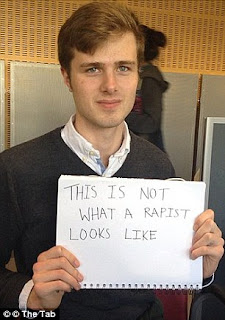 By Eleanor Harding: A student has been driven out of lectures and bars with shouts of ‘rapist’ after he dared to question the effectiveness of ‘consent workshops’.
Second-year George Lawlor, 19, fears for his future at Warwick University after being ostracised and bullied for challenging a student union drive to hold rape awareness sessions.
Writing in a blog, he argued that the overwhelming majority of people ‘don’t have to be taught to not be a rapist’ – and that men inclined to commit the crime would be unlikely to attend such a workshop. 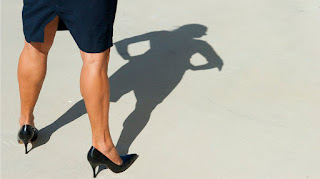 This article shows that the female sex is biologically dominant. Sexual selection, procreation and a bias in perception of the sexes contribute to this dominance. Female dominance has been increased by all the “feminist waves.” The balance of society which had once unconsciously favoured women throughout history while also valuing men has been completely overthrown.
2. Introduction
Female choice being a determinant factor in the evolutionary cycle has severe consequences. It can create new species, and determine the course of evolution. It creates and forms the differences between the sexes1, as well as social structures like the family and culture. Charles Darwin and the Darwinian theory of evolution (circa 1858) laid the foundation of our understanding of natural selection and sexual selection. Recent studies on the subject have underscored its relevance and importance. See, for instance, Volume 1 “Culture and Sex2.”


“… sexual selection deals with variations between individuals, male and female, of the same species”

"I am primarily a psychologist and in the last fifteen years dealing with the changing profile of college men in my classes and that morphed into an interest in men's health and well being, into boyhood studies and finally into male studies." Professor Miles Groth Ph.D

Dr. Paul Craig Roberts joins me to discuss the absurdity of the Paris Attack which is playing out just as Dr. Roberts expected. Like 9/11, the Paris "ISIS attacks" are being used to destroy people's civil liberties in the name of "protecting them". It's the same worn out story propelled by the same CIA mockingbird media that's been in control since John F Kennedy was murdered by the deep state. When will humanity wake up?
Posted by Angelo Agathangelou at 6:05 am No comments: Links to this post

Young kids going to college are precisely that: Young kids going to college. Administrators are the ones who are supposed to be responsible for protecting free speech and upholding the U.S. Constitution within their spheres of influence, not pandering to hypersensitive students accustomed to always getting their way by merely shouting “racist” at whoever they happen to disagree with that week. Where are the adults in the room?
– From the post: Speechless – UCLA Engages in Absurd, Anti-Intellectual and Dangerous Attack on Campus Free Speech 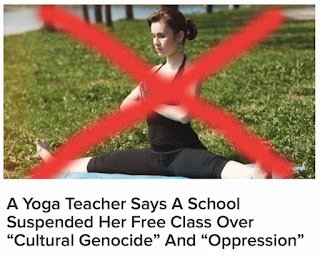 By Michael Krieger: Apparently yoga is no longer a safe space.
When I first saw this headline I dismissed it, thinking it had to be a joke. Unfortunately, the joke’s on us.
The Telegraph reports:

A free yoga class has been suspended at a Canadian university over fears the practice could be seen as ‘cultural appropriation’, it has been claimed.

Read more »
Posted by Angelo Agathangelou at 4:25 am No comments: Links to this post

How France Is Allowing Terrorism To Win 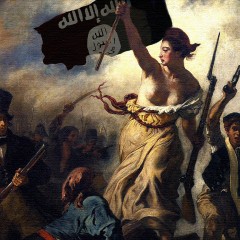 Who needs freedom anyway?
By Claire Bernish (ANTIMEDIA): Since a nationwide state of emergency was imposed after attacks in Paris on November 13, French police have had powers to search civilians’ homes, and even place people under house arrest—without a judge’s order or even warrants to do so. That new authority has just been extended for the next three months.
To the alarm of civil rights groups and privacy advocates worldwide, France’s parliament approved the extension of powers not seen in that country since 1955. Warrantless searches, house arrest with prevention of free association afterward, and blocking of websites considered to incite or advocate “acts of terrorism” are among powers given to police with this state of emergency.
“This is the fast response of a democracy faced with barbarism,” Prime Minister Emmanuel Valls told the parliament. “This is an effective legal response in the face of an ideology of chaos.” He added that these extensions of authority are “modern and effective tools to fight the terrorist threat.”
Though some say a greater sense of security makes loss of privacy a worthwhile tradeoff, and while the French government claims those powers are necessary, it’s increasingly questionable whether they will ever be revoked.

Read more »
Posted by Angelo Agathangelou at 3:05 am No comments: Links to this post