The Sick Plan For World Domination

While the “free Western media” cheers, the Western “democratic” governments sell out the peoples of the Western world to corporate tyranny
By Paul Craig Roberts: John Massaria has turned my interview with Julian Charles into a video. The video helps me to bring home that “Western democracy” is a sham, a total lie.
Every Western government and Washington’s Asian vassal states are totally under the control of private corporations and private interest groups. The corporations govern, and they are in the process of institutionalizing their governance with the Trans-Pacific and Trans-Atlantic Partnerships.

Read more »
Posted by Angelo Agathangelou at 11:46 pm No comments:

Greeks Told To Declare Cash "Under The Mattress", Jewelry And Precious Stones

Submitted by Tyler Durden: When earlier today we read a report in the Greek Enikonomia, according to which Greek taxpayers would be forced to declare all cash "under the mattress" (including inside) or boxes that contain more than 15,000 euros as well as jewelry and precious stones (including gold) worth over 30,000 euros, starting in 2016, we assumed this has to be some early April fools joke or a mistake.
After all, this would be merely the first step toward full-blown asset confiscation, conducted so many times by insolvent governments throughout history, once the government cracks down on those who made a "mistake" in their asset declaration form or simply refuse to fill such a declaration, thereby making all their assets eligible for government confiscation.
It was not a joke.
Here is the take of Keep Talking Greece, whose stunned response mirrors ours.
Cash "under the mattress" totaling more than 15,000 euro, jewelry and other valuable items such as diamonds and gemstones, should be declared to electronic system of tax authorities, Taxisnet, as of 1 January 2016. Next to properties and vehicles and shares, now the taxpayers will also have to declare their deposits. And not only that. They will have to fill if they rent bank lockers and if yes, also the name of the bank and the branch, even if abroad.
Read more »
Posted by Angelo Agathangelou at 10:23 pm No comments:

ICMI16 Update: New Speakers, An MC, And Why You Need To Pre-Register By 22:00 GMT Sunday, 6 December 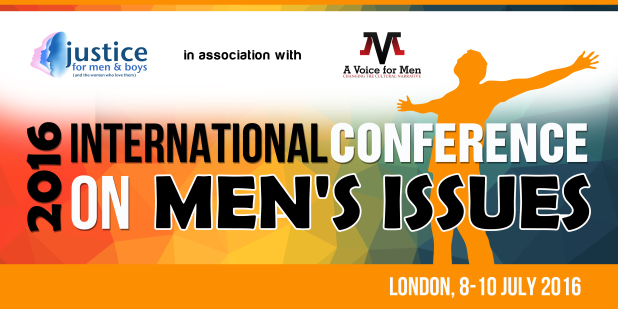 Read more »
Posted by Angelo Agathangelou at 8:54 pm No comments: 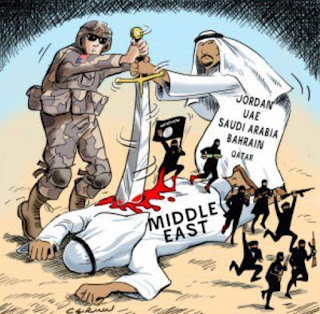 Saudi Arabia is at risk of becoming a major destabilizing influence in the Arab world, German intelligence has warned.
Internal power struggles and the desire to emerge as the leading Arab power threaten to make the key Western ally a source of instability, according to the BND intelligence service.
“The current cautious diplomatic stance of senior members of the Saudi royal family will be replaced by an impulsive intervention policy,” a BND memo widely distributed to the German press reads.
Saudi Arabia has previously been accused of supplying arms and funding to jihadist groups fighting in Syria, including Islamic State in Iraq and the Levant (Isil).
– From the Telegraph article: Saudi Arabia ‘Destabilizing Arab World’, German Intelligence Warns
By Michael Krieger: To understand the enormously dangerous wildcard that the Kingdom of Saudi Arabia represents in modern geopolitics, you must understand what is going on behind the scenes.

Read more »
Posted by Angelo Agathangelou at 6:49 pm No comments:

Max Keiser and Stacy Herbert discuss MOAR war as stock prices soar for defense contractors and the CIA gets involved in environmental activism as we sacrifice our freedoms so that nobody has reason to hate us while we play naked Twister. In the second half, Max interviews journalist and author Nick Kochan about ISIS - the most well financed terrorist organization ever. They look at the cash and dowry from Saddam’s treasury which sustains the terrorist group.
Posted by Angelo Agathangelou at 4:18 pm No comments:

By Michael Krieger: How low can a politician go? It seems David Cameron is trying his best to find out.
For those of you not paying attention to politics in old Blighty, UK Prime Minister David Cameron is desperately trying to secure backing for his enthusiastic push to start bombing Syria. Labour leader Jeremy Corbyn is proving to be a significant thorn in his side, so this is how Cameron is fighting back. 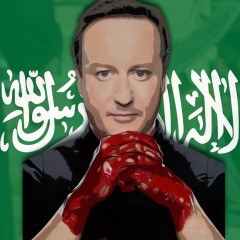 David Cameron has appealed to Conservative MPs to give him an overall parliamentary majority in favour of military action in Syria by warning them against voting alongside “Jeremy Corbyn and a bunch of terrorist sympathizers”.
“You should not be walking through the lobbies with Jeremy Corbyn and a bunch of terrorist sympathizers,” the prime minister reportedly told the committee.
In a Guardian article Corbyn asks Labour MPs to think of the “terrible consequences” of the wars in the Middle East over the last 14 years.

"Only just having stepped off the plane from his office where he designed and deployed chemical weapons to kill or intimidate the people of Syria, Major General Adnan Sillu called for western interventions saying, without a hint of shame or irony or perspective, "We, err that's me and the rebels, yes I know believe me I'm just as surprised as you are, we control about 60% of the country, we err, that's my new friends and I, we just need a couple of air strikes here and there and we'll control the entire country, honest I'm not a crook or a murdering scumbag looking for a way out, I'm a freedom fighter, for years I've fought for the freedom of Assad to fuck his own people over and spit on their graves, hey but now that's behind me, err, long live fle bre breremba and the brar Syrian bruhhehe freedom mumbly jumbly, can I have my old job back?"
Posted by Angelo Agathangelou at 10:11 am No comments:

The Most Dangerous Feminists

"Sub heading is - Attorney general supports group's right to be heard in wrongful conviction case. On the eve of the close of Ivan Henry's trial for the compensation of his wrongful conviction, rape relief is threatening to throw the case into procedural chaos. In a move the chief Justice calls disappointing, BC's justice minister backed the Vancouver organization’s right to be heard. ...Vancouver rape relief and women's shelter wants to apply for the appointment of an amicus curiae a friend of the court to put Henry's factual innocence on trial. His lawyers were outraged that could result in more witnesses, in particular victims of the 1980's sex crimes pf which Henry was acquitted." johntheother.

Read more »
Posted by Angelo Agathangelou at 9:00 am No comments: 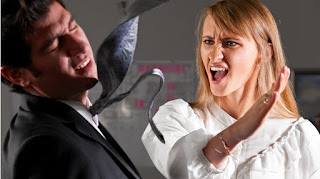 By Peter Wright: Stang riding, alternatively referred to as stanging, charivari, or riding the skimmington is a centuries-old practice intended to shame male victims of intimate partner violence by parading them through town on a wooden platform while enduring mockery and ridicule by onlookers. Essentially a vigilante justice action, the practice ceased by the earlier part of last century, or rather has been supplanted by more subtle forms of shaming male victims; ie. telling them to “man up” or by insinuating that a man must have done something wrong to “cause” his female partner to act violently.
From old newspaper reports in England we get stated evidence of the desire to shame those who rode the stang:
Stang riding – It has been asserted by an old writer that “Shame produceth reformation, where punishment faileth.” 1
“Riding the stang” was one of the few old customs still remaining by which the people of a particular place took the law into their own hands as an assumed right. It was formerly the tendency of the law that for minor offenses the culprits should be punished by some process that appealed to their sense of shame, such as that of the stocks or ducking stool, the pillory and so forth, and “riding the stang” was a popular way of acting on the same principle. 2

Read more »
Posted by Angelo Agathangelou at 5:24 am No comments: