Researchers Suggest Cannabis Can Reduce Obesity And Risk Of Diabetes

By Carey Wedler (ANTIMEDIA): Though cannabis use is often associated with unmitigated sloth and gluttony, a new study suggests the opposite: cannabis use may be associated with a decrease in obesity. An analysis of over 20 years of data found that obesity dropped by a significant margin in states where medical cannabis is legal. Though the researchers’ findings represented correlation as opposed to causation, the results, like many new findings about cannabis, chip away at decades-old stereotypes about the plant and its users. 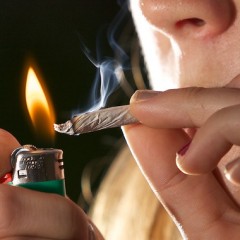 The study, titled “The Effect of Medical Marijuana Laws on Body Weight,” was published in Health Economics, an academic journal that focuses on health policy and services, health care sciences and services, and economics. Researchers from Cornell University’s Department of Policy Analysis and Management and San Diego State University’s Department of Economics analyzed data from the Center for Disease Control’s Behavioral Risk Factor Surveillance System. The BRFSS is the “premier system of health-related telephone surveys that collect state data about U.S. residents regarding their health-related risk behaviors, chronic health conditions, and use of preventive services,” according to the CDC.

Read more »
Posted by Angelo Agathangelou at 9:30 pm No comments:

I’m Buying A Christmas Tree, Even Though I Hate Christmas

The Dissident Dad: Christmas and I have some bad blood. No, I don’t hate baby Jesus, or harbor a contempt for Christians. Indeed, I consider myself to be a follower of Christ-like principals. As a self-described anarchist, loving people and doing no harm fits right in at my home.

Growing up as a child in a middle-class home where my dad worked 12-hour days and my mom clipped coupons, I remember all the great things about Christmas. Stockings full of toys hanging over the fireplace, waking up in the morning to presents under the tree followed by a large family gathering later that afternoon. I never received the big gifts some of my friends did, but I was still happy, receiving more than enough, as well as the occasional video game for my Nintendo.
It wasn’t until after my parents were divorced that Christmas and I had a falling out, to the point where as an adult, I didn’t buy a tree until my oldest child turned 5 (last year). Even then, it was in protest.
At 12 years of age, I watched as my mother struggle to buy gifts. After the divorce, my mom lived in a mobile home in Southern California, and every year, I watched her do everything she could to live up to the idea of a “middle-class” Christmas. It wasn’t until then that I realized the damage being done to the poor and lower middle classes during this holiday. The irony, of course, is that the historical Jesus was a man who sought to help the poor,

Read more »
Posted by Angelo Agathangelou at 7:48 pm No comments:

By Greg Canning: Commentators arguing for a more inclusive approach, acknowledging all victims and seeking to understand the root causes of family violence outside ideological echo chamber of the Duluth gendered paradigm are few. 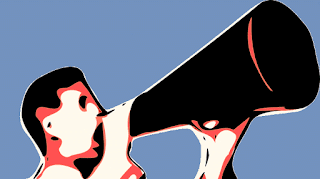 One such commentator is Australian Psychologist, Sex Therapist and Commentator Bettina Arndt. Her recent article Domestic violence and the demonization of men published in the Weekend Australian newspaper has received widespread support from the public and men’s groups but the usual condemnation and vitriol from feminist groups. The article is well worth reading.
That the public narrative around family and domestic violence is controlled and distorted by feminist ideologues is well know to those with an awareness of men’s issues. Yet the general public via the well-funded DV industry continue to be battered with and largely believe, portrayals of a false dichotomy of violent male abusers and helpless female victims.
Where lip service is occasionally paid to the existence of male victims and female perpetrators is it always with the supposed caveat that the proportions are so tiny as to be insignificant in dealing with the problem.

Read more »
Posted by Angelo Agathangelou at 4:35 pm No comments:

Iraq Seeks To Cancel Security Agreement With US, Will Invite Russia To Fight ISIS 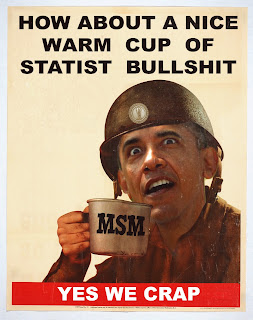 Submitted by Tyler Durden: Most Iraqis, be they civilians, military personnel, or government officials, do not trust Americans.
At a base level, that makes all kinds of sense. After all, the US did launch what amounted to a unilateral invasion of the country just a little over a decade ago, and when it was all said and done, a dictator was deposed but it’s not entirely clear that Iraqis are better off for it.
ISIS controls key cities including the Mosul, the country’s second largest, and security is a daily concern for the populace. The Americans are still seen - rightly - as occupiers, and Washington’s unwillingness inability to effectively counter ISIS has created a culture of suspicion in which most Iraqis believe the US is in cahoots with the militants for what WaPo described as

“a variety of pernicious reasons that have to do with asserting U.S. control over Iraq, the wider Middle East and, perhaps, its oil.”
Read more »
Posted by Angelo Agathangelou at 1:22 pm No comments:

Are you a misogynist? Maybe you just don't like being lied to, or maybe you actually hate and fear women. In either case, why does mainstream feminism want to harm you, rather than help you? John The Other
Posted by Angelo Agathangelou at 11:35 am No comments:

Luke Rudkowski talks to author and well known media figure Pierre Jovanovic in Paris France. The two discuss the landmark elections that just took place in France that allowed a 3rd party the National Front to win the majority vote.

Read more »
Posted by Angelo Agathangelou at 9:46 am No comments:

By David Duke: Nothing better illustrates the Jewish extremist takeover of America than the triumphant Jewish War on Christmas!
Jewish organizations have been the leaders of the legal fight to ban Christian Christmas symbols from American public life. The largest Jewish organizations in America such as the American Jewish Committee, has financed and sponsored numerous lawsuits saying that Christian Manger scenes and Christian crosses cannot be erected on any public ground.
Even though such has been permitted during the entire history of the United States, they claimed these displays were harmful to Jews. They have also successfully banned Christmas Carols in schools and created the newspeak of “Winter Holidays” instead of “Christmas Holidays.”
With the media overwhelmingly owned and run by Jewish tribalists, and with the American political and judicial system thoroughly run by Jewish money and Jewish influence, they completely banned any Christian Christmas celebration from any public ground and in any public institution. 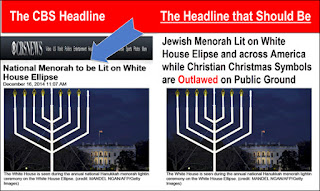 At the very same time they successfully banned Christian Christmas commemoration, Jewish extremist groups such as Chabad Lubavitch began to put up thousands of Jewish Menorahs up on public ground across America. Including a giant Menorah right across from the White House.
Read more »
Posted by Angelo Agathangelou at 5:37 am No comments: 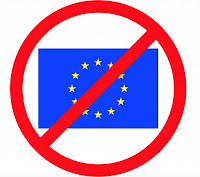 By Michael Krieger: Martin Schulz is the head of the European Parliament, and he’s very worried about the future of the EU. Indeed, he’s so concerned he told a German magazine that the project was at risk of falling apart. But don’t take my word for it.
From Reuters:
The European Union is at risk of falling apart and supporters must fight to keep it, the head of the European Parliament said in a German newspaper interview.


Martin Schulz told Die Welt’s Tuesday edition that the EU was in danger and that there were forces trying to pull it apart.
He was responding to a recent warning from Jean Asselborn, Luxembourg’s foreign affairs and migration minister, that the EU might break apart,
“No one can say whether the EU will still exist in this form in 10 years’ time. If we want that then we need to fight very hard for it,” Schulz said.

Emigrate While You Still Can! Finca Bayano In Panama...
He was not specific about what was threatening the EU, but much of the interview was focused on the migrant crisis, which has stretched Europe’s unity and tolerance during the year.

Read more »
Posted by Angelo Agathangelou at 4:24 am No comments:

Modern Educayshun delves into the potential dangers of our increasingly reactionary culture bred by social media and political correctness. Written and Directed by Neel Kolhatkar

Read more »
Posted by Angelo Agathangelou at 1:20 am No comments: