Kindness Is Rebellious And Revolutionary

"Kindness is revolutionary, because we live in a world and society where we've been programmed from the moment we're born in one way or another to essentially not be kind, having compassion, having empathy, being loving, being caring. How and why have we been detached from this? Obviously the powers that be do not want us to be kind, they want us to be selfishly preoccupied. If we are contributing to that with the things that we consume, that is not being kind. We must live our life applying kindness to ourselves and all around us." DISL Automatic

Read more »
Posted by Angelo Agathangelou at 10:25 pm No comments:

An inside look at why corporate media eggs on Trump’s divisive —
and lucrative — braggadocio.
By Deirdre Fulton (COMMONDREAMS): Even as large swaths of the population call for media outlets to do their part in stemming the “dangerous tide of hatred, violence, and suspicion” taking hold in the United States, corporate media — which stands to benefit nicely from the $5 billion 2016 presidential election—is egging on that same divisive rhetoric.
“Go Donald! Keep getting out there!” CBS Corporation chief executive Les Moonves reportedly said during an investor presentation Monday.
Trumpeting the advertising dollars already flowing CBS’s way as a result of the crowded 2016 GOP presidential primary, Moonves said: “We love having all 16 Republicans candidates throwing crap at each other — it’s great. The more they spend, the better it is for us.”
“And, you know, this is fun, watching this, let them spend money on us, and we love having them in there,” he declared. “We’re looking forward to a very exciting political year in ’16.”

Read more »
Posted by Angelo Agathangelou at 9:07 pm No comments:

Professor Fiamengo discusses Quotas versus merit for women in politics and business. StudioBrule

Read more »
Posted by Angelo Agathangelou at 6:20 pm No comments: 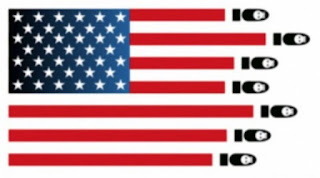 By Michael Krieger: Over the last month or so, there’s been a bit of a flurry of U.S. military members with conscience coming forward to tell the truth about incidents or practices they deem unethical.
For example, just last month, four former drone operators came forward to denounce the program publicly, coupled with a letter addressed to President Obama. As noted in the post, Drone Whistleblower Claim – Pilots Often High on Drugs; Refer to Children as “Fun Size Terrorists”:


The killings, part of the Obama administration’s targeted assassination program, are aiding terrorist recruitment and thus undermining the program’s goal of eliminating such fighters, the veterans added.

Read more »
Posted by Angelo Agathangelou at 5:23 pm No comments:

"Equal rights mean equal responsibilities."
Pushed by men's rights activists, the US Secretary of Defense Ashton Carter announced that all military jobs would be open to women, including the most dangerous combat jobs. Some have hailed it as a victory for equal rights and are even calling for women to be eligible for the draft. Are they missing the point? RonPaul.
Posted by Angelo Agathangelou at 1:26 pm No comments:

The Global Economic Reset Has Begun

By Brandon Smith: In my last article, I outlined the deliberately engineered trend toward the forced “harmonization” of national economies and monetary policies, as well as the ultimate end goal of globalists: a single world currency system controlled by the International Monetary Fund and, by extension, global governance, which internationalists sometimes refer to in their more honest public moments as the “new world order.” 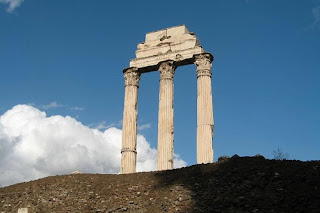 The schematic for the new world order, according to the admissions of the internationalists, cannot possibly include the continued existence of U.S. geopolitical and economic dominance. The plan, in fact, requires the destabilization and reformation of America into a shell of its former glory. The most important element of this plan demands the removal of the U.S. dollar as the de facto world reserve currency, a change that would devastate our current financial structure.

Read more »
Posted by Angelo Agathangelou at 12:18 pm No comments:

My father's story. Nothing more to it. Stacy King.

Read more »
Posted by Angelo Agathangelou at 8:32 am No comments:

In a recent post, Not a Safe Space – Canadian University Suspends Yoga Class After Students Become Offended, I explained how those most responsible for the almost inconceivable authoritarian idiocy spreading across college campuses are not the students themselves, but their spineless and inept administrators. 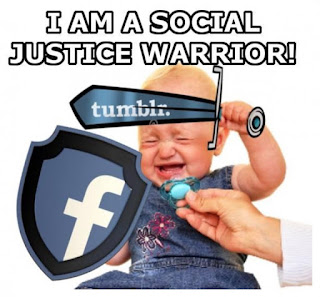 These kids are more or less acting like Wall Street financiers after the bailouts. After the bankers were provided with trillions of dollars in backstops and no one went to jail for destroying the economy, they immediately paid themselves record bonuses a year after the worst of the crisis, and are now once again thieving and pillaging at will.
Why? Because when no one is held accountable, the incentives are in place to steal. Similarly, no adults are holding these out of control child-fascists accountable for their despicable behavior. As such, these tyrants-in-training are getting more out of control every day, and getting away with it. Thank you college administrators.

Read more »
Posted by Angelo Agathangelou at 4:36 am No comments:

Talk TO Us, Not AT Us. Or Keep Your Message Feminists

Feminist Garrett wants to tell us how it is, and block us for showing him it ain't the way he thinks it is. Show him some love, wouldya?

Read more »
Posted by Angelo Agathangelou at 2:25 am No comments: