Tragic Heroes Of The Economic Stage

Max Keiser and Stacy Herbert discuss that never was a story of more woe than that of deflation and her Mario. They look at the tragic figures - central banksters and heads of the OPEC oil cartel - once able to command markets and prices but now just shouting angrily as their power slips away into the maelstrom. In the second half Max interviews Mark O’Byrne of GoldCore.com about gold, silver and central bankers.
Posted by Angelo Agathangelou at 11:14 pm No comments: Links to this post

Why Are Women In The UK Above The Law?

By Mike Buchanan: There are currently over 80,000 men in British prisons, and fewer than 4,000 women. William Collins has shown that if male criminals were treated as leniently as female criminals in sentencing terms, five in six of the men serving sentences in British jails today wouldn’t be there. His article is here. The government plans to close women’s prisons, and fill them with male prisoners. On this website we’ve published links to a huge number of cases showing that women are often above the law, very often because they’re given suspended sentences.
One form of paternity fraud is persuading a man (or trying to) that he’s the biological father of a child, when he’s not. It’s estimated millions of British men have been victims of this crime, and the scandal continues. For many years the CSA has learned of 500+ cases of paternity fraud every year, where men have demanded paternity tests, and thereby proven they’re not the biological fathers of individual children. So the state knows the identity and home address of many thousands of women who’ve committed this crime.
We can be very sure far more men naively believe the women in question, and then pay to support the child for up to 20 years, even if they’re denied access. This is financial and emotional abuse of men, and emotional abuse of children who deserve to know who their true fathers are. It’s one of the reasons we’re calling for compulsory paternity testing at birth.
How many women in the UK have been convicted of paternity fraud under the terms of the Fraud Act 2006?

Dr. Judith Curry: I thank the Chairman and the Committee for the opportunity to offer testimony today. Prior to 2009, I felt that supporting the IPCC consensus on climate change was the responsible thing to do. I bought into the argument: “Don’t trust what one scientist says, trust what an international team of a thousand scientists has said, after years of careful deliberation.” That all changed for me in November 2009, following the leaked Climategate emails, that illustrated the sausage making and even bullying that went into building the consensus.

The State Cannot Teach Young Women The Wisdom Of Ages

By Laura Perrins: I am bemused. I am dumfounded, just what the hell is going on over at CapX, an off-shoot of the Centre for Policy Studies? My old nemesis Victoria Bateman is at it again.
In this piece (which I missed) she sets out all the challenges that society now faces since the great liberal sexual revolution. No going back, she tells us, just accept it.

Young women are now sexually active well before marriage becomes possible so they are ‘sleep-walking’ into single parenthood. Instead of just throwing money at these families, Bateman says, let’s ‘empower’ women not to become single-mothers in the first place, or at least have families beyond a size they can provide for. Further, we are told, it is not just teen single-mothers that are the problem - but those in their twenties from the bottom to the middle also.
I don’t think there is much sleepwalking going on. I don’t believe that young women think that baby arrives via a stork or there is such a thing as ‘falling’ pregnant. I think there is some wilful blindness going on and that sex has been devalued, but that is not the same thing as ‘sleep-walking’ into single-parenthood.

By going full on anti-feminist and remembering what conservatism is. "First leave your traditional values, chivalry and religion in the closet where they belong!" Says Paul Elam.
Posted by Angelo Agathangelou at 3:52 pm No comments: Links to this post

How Many Millions Of Dollars Were The Members Of The Corrupt Government In Montenegro Paid By US Taxpayers In Exchange For Joining NATO?

RT: Shortly after Montenegro’s bid to join the North Atlantic Alliance was given the green light, thousands flooded the streets of the capital to protest the upcoming membership and remind people of lives taken during the NATO invasion of 1999. 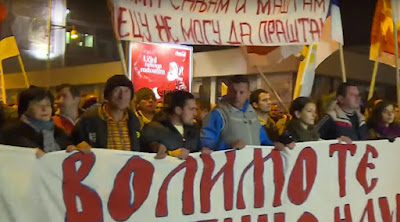 Former Montenegrin President Momir Bulatovic and opposition leaders called the rally on Saturday in Montenegro’s capital, Podgorica. They gathered at least 5,000 supporters outside the parliament, according to the local Vijesti newspaper. The protesters held national flags while patriotic and pro-Russian chants ringing out from the assembled crowd.
Bulatovic, who was also prime minister of the Federal Republic of Yugoslavia from 1998 to 2000, told the rally that joining NATO would mean “blood of innocent people on our hands,” and emphasized his country had been against the alliance’s wars until recently.
“What has Afghanistan done wrong, what has Iraq done wrong? Why has Libya been destroyed, what's happening today in Syria? Can we close our eyes to that?" he said.

Read more »
Posted by Angelo Agathangelou at 2:10 pm No comments: Links to this post

Israeli green shirt death squads have maintained a complete closure of the occupied northwestern West Bank city of Tulkarm for the third consecutive day.
Press TV: The closure entered its third day on Saturday, with an Israeli green shirt spokesperson saying that all movement in or out of the city has been banned “except for humanitarian cases,” Palestinian Ma’an news agency reported.

Zio-Fascist Shaul Nir, member of Israeli terror organization Jewish Underground
Israeli green shirts raided the Tulkarm governorate on December 9, claiming that they were searching for a person whom they accused of wounding Shaul Nir, a former member of the Jewish Underground terror organization, and his wife in a drive-by shooting in the area.
The Israeli green shirt death squads reportedly closed entrances leading in and out of the city with cement blocks and mounds of earth by December 10.
Surrounding areas including Tulkarm’s eastern entrance near Noor Shams refugee camp, the entrances of Kafa and Dhinnaba villages, as well as the main road between the villages of Shufa and Ezbet Shufa were also blocked.

US Hit And Run Driver Arrested After Her Car Called Police 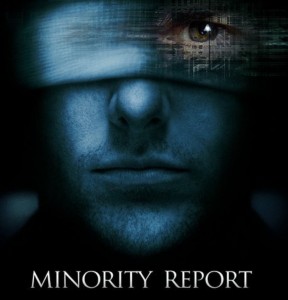 As technology generally continues to advance, one thing you can be sure of is the criminal justice system’s use of innovative new “tools” will grow exponentially. This can be a good thing, but it can also be a very dangerous thing. Pennsylvania’s new law that permits the use of data showing whether people are “deemed likely to commit additional crimes” in criminal sentencing, is a perfect example of how an over reliance on technology can be a threat to liberty and due process.
– From the post: Pennsylvania to Become First State to Use “Precrime” Statistics in Criminal Sentencing
By Michael Krieger: Welcome to the future, ladies and gentleman.

Read more »
Posted by Angelo Agathangelou at 10:41 am No comments: Links to this post

Discussing the reality and consequences of the misconception that men are privileged and women are oppressed. Blaire White

The Paris Attacks Are Just The Beginning

It might be tempting to react to this event emotionally without looking beyond the official narrative, without examining the evidence, without questioning where this is headed. You wouldn't be alone, but blind indignation lends itself to easy answers, half truths and comforting lies.