What Is Britain Actually Doing in Syria? Mutilated Penis Envy!

By Michaela Whitton (ANTIMEDIA): After weeks of media excitement and public anger as to whether Britain would join the dozen nations reportedly bombing both Iraq and Syria, an eerie silence has befallen the British media.
While the Oxford English Dictionary defines an airstrike as “an attack made using aircraft,” some might say that the term sounds a bit too light and fluffy for what are actually 510lb laser-guided Paveway IV bombs. The British bombs dropped in Syria landed within hours of MPs cheering for intervention in the December 2nd Commons vote. 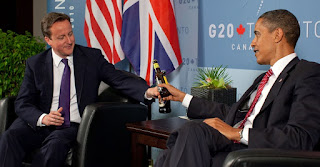 “Following the vote in the House of Commons last night, Royal Air Force Tornado GR4 aircraft flew their first offensive operation against Daesh terrorist targets inside Syria,” the U.K. Ministry of Defence claimed after jets struck six targets on an oilfield, 35 miles inside Syria’s eastern border with Iraq.
Since then, tumbleweeds have blown through the British press, and the deafening silence prompted Anti-Mediato contact Airwars to find out what is going on.

"Why can't a Muslim, even with a deed to his land get into Israel? We're knee deep in hypocrisy served on a kosher platter by political play actors, for with the ADL and the SPLC slamming Trump as a bigot and giving Bibsy a free pass what's good for the goose is bad for the gander. Even with Trumps pro Israel stand Jews want the easier controlled Hillary and Bibsy's in on it." Brother Nathanael.
Posted by Angelo Agathangelou at 9:32 pm 1 comment: Links to this post

By Toy Soldiers: Apparently Ireland does not track the number of domestic violence complaints made by men. According to a recent article:


He went on to state: This appalling absence of updated information on domestic violence crime rates is inexplicable and only further highlights the stigma which male victims of domestic violence and abuse experience.

Feminists Don’t Hate Men. They Hate Men Who Act Like Men, Which Is, You Know, THE SAME FUCKING THING!

By Janet Bloomfield (aka JudgyBitch): This is the first explicitly, angry, anti-feminist post I wrote on this blog. There are a few things I would do differently, three years later.
I’d make it clear that by ‘kitchen-bitch’, I don’t mean men who are are househusbands or who feel at home in the kitchen. I mean men who genuinely think that women are always right and must be obeyed. I hadn’t heard the term ‘mangina’ when I wrote it, but that is a more evocative expression.
I’d also make it clear that while I think gender is innate, it’s also a spectrum. There are lots of men with stereotypical feminine qualities, and lots of women with stereotypical masculine qualities, and the fight I am engaged in is to let everyone be who they honestly are. I object strenuously to feminism trying to impose femininity on men and masculinity on women. Just let people be who they are, dammit! Is that so hard? 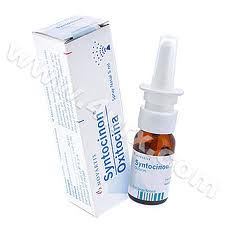 Apparently yes.
There’s a  medical solution for that…..


When I saw this, my first reaction was “you have got to be fucking joking. This is a prank, right?”  And then I thought, can you even imagine the inverse?  A testosterone spray that men can shoot up a woman’s nose to make her much more likely to engage in some aggressive casual sex and then go home.  Make her more like a man.
Read more »
Posted by Angelo Agathangelou at 6:45 pm No comments: Links to this post

The War On Rape: The Logic Of The Lynch Mob Returns

Five ways in which today’s feminist war on rape echoes the KKK’s war on rape.

By Brendan O’Neill: We are in the midst of a war on rape. From American campuses to British courthouses, from newspaper op-ed pages to the weird world of online petitions, ‘zero tolerance’ of rape has been declared. And who could possibly be against it? No one is ‘pro-rape’. So surely everyone will cheer a war on rape. Not so fast. Wars on rape have been declared before, and often for deeply reactionary reasons, having the effect of harming society rather than helping women. Consider the ‘war on rape’ declared in America’s Deep South in the nineteenth and early twentieth centuries, when the KKK and other racists likewise declared zero tolerance of rape – rape committed by black men, that is – and signalled their determination to wipe out this ‘ultimate transgression’. There was little positive in that crusade. And here are five ways in which today’s non-racist feministic ‘war on rape’ echoes the lynch-mob logic of yesteryear’s racist ‘war on rape’.

1) Always believe the accuser
The rallying cry of today’s apparently liberal crusaders against rape is: ‘Believe.’ They always believe the accuser. To doubt the accuser is to risk being branded a rape apologist. Campaign groups with names like We Believe You and I Believe You, It’s Not Your Fault speak to the readiness of campaigners to accept every accusation of rape as good coin.
Read more »
Posted by Angelo Agathangelou at 2:58 pm No comments: Links to this post

Perhaps one of the more common internal squabbles within the MHRM relates to people who are transgender. Yet when we talk to such individuals we find that they are uniquely qualified to give personal experience from having walked on both sides of the gender fence in life. Paul Elam

By Carey Wedler (ANTIMEDIA): Flint, Michigan- “The City of Flint has experienced a Manmade disaster,” said the city’s mayor Monday evening, as she declared a state of emergency over evidently staggering levels of lead in the city’s tap water. Mayor Karen M. Weaver has requested federal assistance to deal with the fallout from over a year’s worth of tainted water delivered to Flint residents and, allegedly, falsely declared safe by government officials. 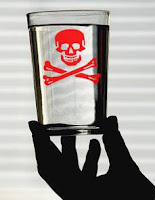 In September, news broke that lead contamination was on the rise in Flint. Dr. Mona Hanna-Attisha of the Hurley Medical Center concluded that since the water supply switched from the Detroit system to Flint River in April 2014, the number of infants and children with elevated levels of lead in their blood had doubled, from 2.1% to 4%. While the rise seems small, it is statistically significant. Even so, Attisha warned: “My research shows that lead levels have gone up. I cannot say it’s from the water. But that’s, you know, the thing that has happened.“
The World Health Organization says “lead affects children’s brain development resulting in reduced intelligence quotient (IQ), behavioral changes such as shortening of attention span and increased antisocial behavior, and reduced educational attainment. Lead exposure also causes anemia, hypertension, renal impairment, immunotoxicity and toxicity to the reproductive organs.
The neurological and behavioral effects of lead are believed to be irreversible.”

Read more »
Posted by Angelo Agathangelou at 7:45 am No comments: Links to this post

A representative description of Feminist Standpoint Theory as it relates to Marxism, epistemic privilege, and a critique of it's shortcomings leading to the development of intersectional feminism. Groundwork For The Metaphysics of MGTOW
Posted by Angelo Agathangelou at 5:12 am No comments: Links to this post

"Trans-Ager abandons his friends and family to live as a six year old." Blaire White
Posted by Angelo Agathangelou at 2:58 am No comments: Links to this post