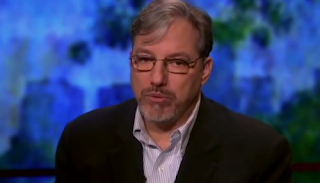 By Dr. Patrick Slattery: Ok, it’s not exactly the “latest news,” but I just stumbled on it, so it’s news to me. Eric Alterman of The Nation magazine back in 2010 wrote a blog entry with the following lead:


It sounds as if he is accusing the leaders of Jewish organizations of having a dual loyalty, or even being Israeli-firsters. This is the same Eric Alterman who back in 2003 made the following confession:

“My own dual loyalties–there, I admitted it–were drilled into me by my parents, my grandparents, my Hebrew school teachers and my rabbis, not to mention Israeli teen-tour leaders and AIPAC college representatives. It was just about the only thing they all agreed upon.

By Kris Kamina: With recent events and tumults, black America has again come to the forefront of societal discourse in America. Certainly, no other demographic faces worse prospects — liberal hipster  fostered gentrification, endemic crime and poverty, mass incarceration,  abortions outpacing  live births, etc.— despite six years with the first black president.
But it should come as no surprise to those who have made the moral decision to take the red pill that black America’s plight is to a significant degree internally undergirded by the ubiquitous female imperative of “hypergamy.” This refers to the tendency to seek mates of higher social status, attendant resources, and its trappings. It is the often unstated and ineluctable principle governing sexual politics. With women as sexual selectors in any courtship ritual, male behavior is significantly determined by visceral female dating preferences. Indeed, the alpha male persona given apotheosis within the PUA community is a reflection of subconscious female choices. In the dysfunctional social structure they find themselves in — where, as anywhere else, reproduction is paramount — black men act as they do under a framework determined by their women (including via decidedly matriarchal households).
Contemporary rap music is a microcosm of this dynamic. At its core, the hyper-pseudo-masculine bad boy persona it has engendered is a meretricious response to innate female demand for alpha characteristics.
In a typically solipsistic feminist article, Straight Outta Rape Culture, appearing in the Huffington Post, Sikivi Hutchinson censures NWA’s fostering of a supposed “rape culture .” But here’s the elephant in the room: Mention of the daily fratricidal meat-grinder black males are subjected to — and NWA’s relation to it — is conspicuously omitted from the narrative. This is true with both Hutchinson and the larger ongoing debate. This is why the discourse and rancor vis-a-vis police brutality and murder is disingenuous.

I'm having a post Christmas chat with noelplum99 about free speech and the internet. There is no rape joke of the week, I'll make up for it next weekend. Feminism LOL

Read more »
Posted by Angelo Agathangelou at 2:22 pm No comments: Links to this post

Keep keeping busy. Apologise for nothing.
DoctorRandomercam
Read more »
Posted by Angelo Agathangelou at 11:49 am No comments: Links to this post

All of these false flag attacks were once called “conspiracy theories,” but every one of them has been proven to be a real false flag attack that served the purpose of undeclared agendas.
False Flag Terror. A Historical Overview 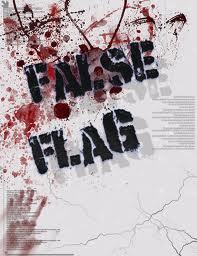 By Washington's Blog: Presidents, Prime Ministers, Congressmen, Generals, Soldiers and Police ADMIT to False Flag Terror
In the following instances, officials in the government which carried out the attack (or seriously proposed an attack) admit to it, either orally, in writing, or through photographs or videos:
(1) Japanese troops set off a small explosion on a train track in 1931, and falsely blamed it on China in order to justify an invasion of Manchuria.
This is known as the “Mukden Incident” or the “Manchurian Incident”. The Tokyo International Military Tribunal found: “Several of the participators in the plan, including Hashimoto [a high-ranking Japanese army officer], have on various occasionsadmitted their part in the plot and have stated that the object of the ‘Incident’ was to afford an excuse for the occupation of Manchuria by the Kwantung Army ….” And see this.
(2) A major with the Nazi SS admitted at the Nuremberg trials that – under orders from the chief of the Gestapo – he and some other Nazi operatives faked attacks on their own people and resources which they blamed on the Poles, to justify the invasion of Poland.

The US-sponsored 1953 coup d’état against the government of Iranian Prime Minister Mohammed Mossadegh led to the 1979 US embassy takeover by students in Tehran, a former US Senate candidate and political analyst says. 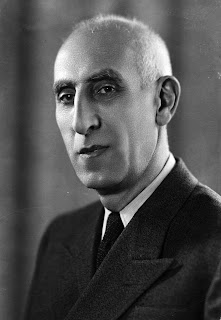 Press TV: Mark Dankof, who is also a broadcaster and pastor in San Antonio, Texas, made the remarks in an interview with Press TV on Saturday while commenting on reports that the US government will award millions of dollars to the Americans who were taken into custody at the US embassy in Tehran in 1979.
Each of the 53 detainees or their estates will receive up to $4.4 million, according to a $1.1 trillion spending bill passed last week by the US Congress. The law authorizes payments of up to $10,000 per day of captivity for each of the detainees, 37 of whom are still alive.
Dankof said that “if we were to look at the amounts of money that are being paid to these 53 people or to their estates and to compare it with what American wounded veterans are not getting from their government, and also what American POWs historically were not getting from their government in regard to everything that they went through at war time, many Americans if they understood this in that perceptive, would perceive that these payments are now going to be made to these 53 hostages of the November 1979 timeframe would be seen as excessive.”

Why Not Public Bank?

Max Keiser and Stacy Herbert talk to Simon Dixon of BnkToTheFuture.com about banking’s future. They ask him: why not get rid of banks? Dixon believes a world without the current banking infrastructure - from traditional banks to venture capitalists - is possible thanks to bitcoin and blockchain technology. In the second half, they ask Sandeep Jaitly of FeketeResearch.com, why not a public bank? Jaitly’s public bank, however, is very different from anything you’ve ever seen or heard before.
Posted by Angelo Agathangelou at 5:32 am No comments: Links to this post