Eric Schmidt, the former chief executive officer of Google, will head a new Pentagon advisory board aimed at bringing Silicon Valley innovation and best practices to the U.S. military, Defense Secretary Ash Carter said on Wednesday.
Carter unveiled the new Defense Innovation Advisory Board with Schmidt during the annual RSA cyber security conference in San Francisco, saying it would give the Pentagon access to “the brightest technical minds focused on innovation.” 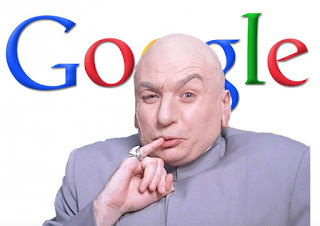 – From the Reuters article: Former Google CEO Schmidt to Head New Pentagon Innovation Board
By Michael Krieger: It’s been observed for quite some time that Google isn’t just a private corporate behemoth, but that its executives are often times more intricately involved in U.S. foreign policy than most people would find appropriate.
It’d be one thing if this support was for a sane and humanitarian foreign policy, but we all know it’s precisely the opposite. In fact, certain Google executives have demonstrated a particular interest in overthrowing governments throughout the Middle East, which has achieved nothing but sow chaos and result in the creation of powerful new terrorists groups such as ISIS.

Two days ago, Wikileaks announced the following to the world via Twitter:
WikiLeaks ✔ ‎@wikileaks

This sounds like a pretty huge deal, so you’d think the American media would be all over it. Not quite. In fact, the only story I’ve seen emanating from the U.S. press was published by the Washington Examiner.
Here are a few excerpts from the story titled, Clinton Email Reveals: Google Sought Overthrow of Syria’s Assad:

Google in 2012 sought to help insurgents overthrow Syrian President Bashar Assad, according to State Department emails receiving fresh scrutiny this week.
Messages between former secretary of state Hillary Clinton’s team and one of the company’s executives detailed the plan for Google to get involved in the region.
“Please keep close hold, but my team is planning to launch a tool … that will publicly track and map the defections in Syria and which parts of the government they are coming from,” Jared Cohen, the head of what was then the company’s “Google Ideas” division, wrotein a July 2012 email to several top Clinton officials.
“Our logic behind this is that while many people are tracking the atrocities, nobody is visually representing and mapping the defections, which we believe are important in encouraging more to defect and giving confidence to the opposition,” Cohen said, adding that the plan was for Google to surreptitiously give the tool to Middle Eastern media.

Is this a technology company or the C.I.A.?

“Given how hard it is to get information into Syria right now, we are partnering with Al-Jazeera who will take primary ownership over the tool we have built, track the data, verify it, and broadcast it back into Syria,” he said.
“Please keep this very close hold and let me know if there is anything [else] you think we need to account for or think about before we launch. We believe this can have an important impact,” Cohen concluded.
The message was addressed to deputy secretary of state Bill Burns; Alec Ross, a senior Clinton advisor; and Clinton’s deputy chief of staff, Jake Sullivan. Sullivan subsequently forwarded Cohen’s proposal to Clinton, describing it as “a pretty cool idea.”
Cohen worked as a low-level staffer at the State Department until 2010, when he was hired to lead Google Ideas, but was tied to the use of social media to incite social uprisings even before he left the department. He once reportedly asked Twitter CEO Jack Dorsey to hold off of conducting system maintenance that officials believed could have impeded a brief 2009 uprising in Iran. Julian Assange, who founded the secret-leaking website WikiLeaks, has for years referred to Cohen as Google’s “director of regime change.”

Longtime Liberty Blitzkrieg readers will be familiar with the name Jared Cohen, a figure who played a key role in the post: Highlights from the Incredible 2011 Interview of Wikileaks’ Julian Assange by Google’s Eric Schmidt (must read if you missed it the first time).
Moving along, I want to once again stress the fact that the U.S. media has completely ignored this story. In fact, the only other detailed article I could find on the topic was published earlier today at RT, from which we learn the following nugget, also courtesy of Wikileaks:

In June 2010, when Syria was a country still at peace, Cohen traveled to the Arab Republic with Alec Ross. “I’m not kidding when I say I just had the greatest frappuccino ever at Kalamoun University north of Damascus,” he tweeted. Ross, in a more serious mood, tweeted: “This trip to #Syria will test Syria’s willingness to engage more responsibly on issues of#netfreedom”.
In an email dated September 24, 2010, entitled ‘1st known case of a successful social media campaign in Syria’, and which was later forwarded to Hillary Clinton, Ross wrote:

“When Jared and I went to Syria, it was because we knew that Syrian society was growing increasingly young (population will double in 17 years) and digital and that this was going to create disruptions in society that we could potential harness for our purposes.”

Six years later and take a look at Syria. These are the breathtakingly disastrous results you achieve when the U.S. government and Google formulate U.S. foreign policy together behind closed doors.
Finally, for those of you who remain unaware of the instrumental role the U.S. government and it’s allies played in the creation of ISIS, I leave you with the following excerpts from last year’s post: Additional Details Emerge on How U.S. Government Policy Created, Armed, Supported and Funded ISIS.


Telling Hasan that he had read the document himself, Flynn said that it was among a range of intelligence being circulated throughout the US intelligence community that had led him to attempt to dissuade the White House from supporting these groups, albeit without success.
Despite this, Flynn’s account shows that the US commitment to supporting the Syrian insurgency against Bashir al-Assad led the US to deliberately support the very al-Qaeda affiliated forces it had previously fought in Iraq.
The US anti-Assad strategy in Syria, in other words, bolstered the very al-Qaeda factions the US had fought in Iraq, by using the Gulf states and Turkey to finance the same groups in Syria. As a direct consequence, the secular and moderate elements of the Free Syrian Army were increasingly supplanted by virulent Islamist extremists backed by US allies.
It should be noted that precisely at this time, the West, the Gulf states and Turkey, according to the DIA’s internal intelligence reports, were supporting AQI and other Islamist factions in Syria to “isolate” the Assad regime. By Flynn’s account, despite his warnings to the White House that an ISIS attack on Iraq was imminent, and could lead to the destabilization of the region, senior Obama officials deliberately continued the covert support to these factions.
“It was well known at the time that ISIS were beginning serious plans to attack Iraq. Saudi Arabia, Qatar and Turkey played a key role in supporting ISIS at this time, but the UAE played a bigger role in financial support than the others, which is not widely recognized.”
Springmann says that during his tenure at the US embassy in Jeddah, he was repeatedly asked by his superiors to grant illegal visas to Islamist militants transiting through Jeddah from various Muslim countries. He eventually learned that the visa bureau was heavily penetrated by CIA officers, who used their diplomatic status as cover for all manner of classified operations — including giving visas to the same terrorists who would later execute the 9/11 attacks.

Thirteen out of the 15 Saudis among the 9/11 hijackers received US visas. Ten of them received visas from the US embassy in Jeddah. All of them were in fact unqualified, and should have been denied entry to the US.

Posted by Angelo Agathangelou at 5:22 pm