The Myth Of Jewish Suffering

Introduction by GA: The following article was written by a friend of mine who is clearly scared of Jewish power and the possible personal consequences of writing such an article. He decided to remain anonymous. I would add that Jewish suffering may be a myth, but Jewish fear is real. Why are Jews fearful? Because they believe in the history of Jewish suffering but they also know that, considering the acts committed by Jewish oligarchs, lobbies, Ziocons and Israel, future Jewish suffering seems too real.
The Myth of Jewish Suffering
By Anonymous: Decades of endless propaganda have led Jews and Westerns alike to believe that Jewish suffering is “unique,” and that the Holocaust is virtually ineffable. In fact, even comparing Jewish suffering to that of others is equated with belittling Jewish suffering. 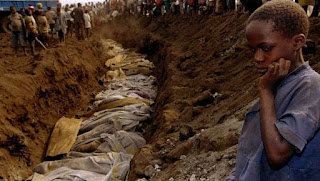 But is it really true? Is Jewish suffering really worse than what other groups have had to endure? The late professor Israel Shahak summarised the Jewish presence in Europe as “by and large toleration.” Shahak took the city of Rome as an example: There has been a continuous Jewish presence in Rome for the past 2,000 years—praying in Synagogues were always allowed—yet Protestantism were banned in the city. [1]
Compare this to the treatment other religious groups and minorities faced – they were not even allowed in Europe. So the Jews were actually a privileged minority.
This is even more obvious when you look at what happened in the colonies: the natives were converted to Christianity by force, and even after the christening they were still being treated like sub-human. It is rarely mentioned that Jews were active in the slave trade industry [2], which gives an idea of the status enjoyed by Jews compared to the colonised people.
A century ago, while other groups were banned from Europe, the elites in some European countries were largely Jewish. Hungary is a good example: “In the mid-1800s, Hungary's middle class consisted of a small number of German and Jewish merchants and workshop owners who employed a few craftsmen. By the turn of the century, however, the middle class had grown in size and complexity and had become predominantly Jewish. In fact, Jews created the modern economy that supported Tisza's bureaucratic machine. In return, Tisza not only denounced anti-Semitism but also used his political machine to check the growth of an anti-Semitic party. In 1896 his successors passed legislation securing the Jews' final emancipation. By 1910 about 900,000 Jews made up approximately 5 percent of the population and about 23 percent of Budapest's citizenry. Jews accounted for 54 percent of commercial business owners, 85 percent of financial institution directors and owners, and 62 percent of all employees in commerce.” [3]
Further, Shahid Alam notes: “In the early twentieth century, the stock exchange in Vienna and Budapest consisted mostly of Jews, 70 and 88 percent respectively. Jewish preponderance in finance carried over to industry as well, since banks during this period financed and controlled investments in heavy industries in several European countries. Not surprisingly, these developments translated into a strong Jewish presence among Europe’s wealthy elite. The Jews had also established a visible presence in the newly emerging professional classes, including lawyers, accountants, doctors, academics, scientists, and artists. In Vienna, for instance, around 1900, “62 percent of the lawyers, half the doctors and dentists, 45 percent of the medical faculty, and one-fourth of the total faculty were Jews, as were between 51.5 and 63.2 percent of professional journalists.” Finally, according to Steven Beller, “in an age when the press was the only mass medium, cultural or otherwise, the liberal press [in Europe] was largely a Jewish press.”” [4]
In 1919 Hungary experienced a short-lived communist government. The Hungarian Soviet Republic was led by a Jewish man, Béla Kun, and of the 48 people’s commissars in the government, 30 were Jewish. In total, 161 out of its 202 highest officials were Jews. [5]
Jewish power was a fact. That’s why the British government struck a deal with the Zionist leaders during the First World War: Lobby America into the war, and will give you a Jewish state in Palestine. The deal resulted in the Balfour Declaration. [6]
Can you image Muslims, Hindus, Blacks, or any other minority group for that matter, dominating finance, media, and government in Europe? Just the thought of it is laughable. Jews got influential largely because they were not subjected to the same degree of discrimination as other groups.
School children are not taught about King Leopold II of Belgium killing ten million Congolese. [7] Other genocides carried out in the colonies are treated like dust. It is as of the Jewish Holocaust is the only ‘real’ genocide.
Western leaders appear happy to play along as they are then free to turn a blind eye to the vicious crimes they’ve committed—and continue to commit—in other parts of the world. Hitler’s big crimes weren’t that he invaded countries and exterminated many millions of people (that was done in the colonies all the time, of course with a ‘God-given’ right). No, his crimes was to invade European countries and to commit genocide in Europe. But the even more important reason as to why Jewish suffering is portrayed as unique is that Jews still today are highly influential in the media and in politics. They need to entertain the myth of Jewish suffer in order to sustain their criminal project in Palestine.

Posted by Angelo Agathangelou at 2:19 pm