Spare Me The Campus Fem-Zio-Fascists Ruining My Student Life: An Undergraduate’s Fearless Broadside Against The Joyless PC Cultural Marxism Takeover Of Our Universities 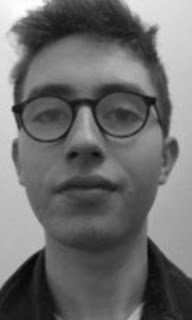 By Jacob Furedi: The drunken travails of Kingsley Amis’s Lucky Jim — a shambolic junior academic — have long become a byword for the excesses of university life.
Flirting, seduction and seeing how many pints you could fit in between lectures were once relatively harmless pastimes on campuses across Britain.
Yet today, too many universities seem determined to nanny students who are deemed too fragile to be exposed to the rough and tumble of the real world.
Consider the fact that, this week, it emerged that all new students arriving at Oxford and Cambridge are being asked to attend ‘consent classes’ aimed at preventing rape and sexual harassment at the universities.
At Oxford, the courses are compulsory as part of freshers’ week, while the student union is urging rugby players to attend anti-sexism workshops to fight ‘lad culture’.

At Cambridge, consent classes are also being held for freshers, with students of some colleges having to opt out if they don’t wish to attend.
Not everyone is happy to accept instruction in how to avoid raping somebody or becoming a rape victim, however.
At York University, a number of students on campus recently protested against their own ‘sexual consent class’ by walking out.
According to union officials, the lessons were necessary to protect students’ ‘well-being’, suggesting they had rather forgotten that the students they were attempting to instruct were actually adults.

Unfortunately, barmy student unions are all the rage these days. Take my own, University College London Union (UCLU), which claims to represent me, a 20-year-old final year undergraduate and one of the thousands belonging to the student body.
It has outlawed, under the guise of its ‘Zero Tolerance to Sexual Harassment’ policy, ‘offensive sexual noises’ in union bars because students supposedly aren’t able to cope with hearing a few grunts in a public space. 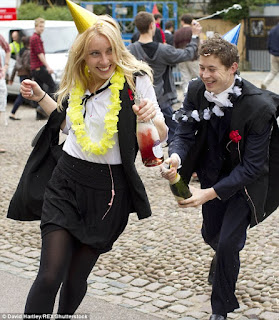 So far, so laughable. But the right-on political correctness of modern student unions and their campus ayatollahs has a far more sinister aspect, as we shall see.
By any measure, Isis would seem a bad bunch, what with their penchant for beheading innocent civilians and journalists. Justifying their actions isn’t easy — which is why I was so struck when an official at UCLU attempted to do just that.
Yes, when the university’s Kurdish Society decided to invite former student Macer Gifford, a Briton who heroically chose to fight with the Kurds against Isis, a student union officer insisted he be ‘no platformed’ — banned from speaking.
According to the union official, the fight against Isis ‘is a very contentious topic’ and ‘far too complex [for students] to understand in black and white’. He went on to maintain that ‘one man’s freedom fighter is another man’s terrorist’.
Now, ethical relativism — that right or wrong depends on an individual’s point of view — is not always without merit.
But I found myself instinctively appalled by the decision. In some situations, morality is a matter of black and white.
And the failure of a student union official to condemn Isis, an intrinsically evil organisation, pointed to something deeply amiss with the current state of universities.
Not only was the official’s reluctance to denounce Isis worrying, but his insistence that an external speaker with differing views be silenced demonstrated how universities are no longer the tolerant, open-minded institutions they were.
Simply, student leaders have lost the plot. Rather than treating students as young adults, our union officers treat us like oversized children. From their assumption that students are too vulnerable to be exposed to certain ideas, to the imposition of what they deem ‘acceptable’ moral values, their influence means that the university experience is now a far cry from the rigorous, mind-expanding education that one might expect.
From the very beginning of my time as a student at UCL, it was clear that the union had decided it knew what was best for us. 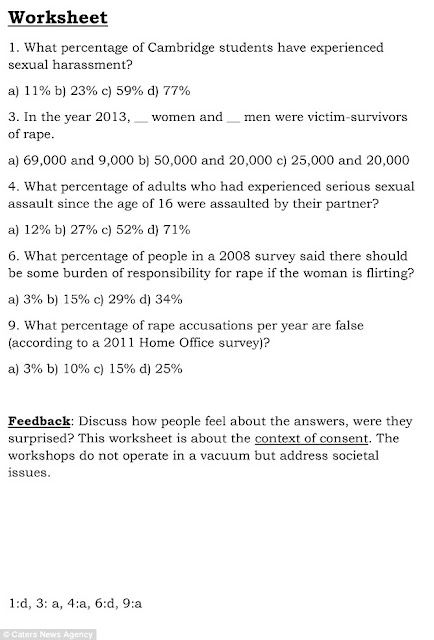 Its mission, regardless of its claims to be tolerant and inclusive, soon appeared to be nothing less than the moral policing of students’ personal lives.
Thus on Mondays, university cafés were banned from serving meat on the grounds that a chicken sandwich was both unhealthy and bad for the environment, because rearing animals demands more resources than growing an equivalent amount of crops.
The arrogant assumption that a student union was entitled to impose a vegetarian lifestyle on me and my fellow students shows just how little value these people attach to personal choice.
This disregard was seen again in UCLU’s call to ban smoking in outdoor spaces on campus. Within the resolution’s guidelines, the union laments the dangers of active and passive smoking.
Smoking is bad? Who knew?
While it would certainly be inappropriate if the union started handing out packs of Marlboros, its officials need to respect the fact that students — adults — are capable of making rational decisions. Smokers know it would be healthier to go on a juice cleanse and a jog rather than to light up again, but whether they act on that should be their prerogative.
This assumption that students need mollycoddling in every aspect of their lives is directly harming education. For this attitude is not just confined to the student union, but is seeping into UCL’s faculties.
Rather than treating students as young adults, our union officers treat us like oversized children
UCL’s archaeology department now warns students that historical events ‘may be disturbing, even traumatising’ and permits its students to ‘step outside’ class if they find dealing with the past too difficult — a move akin to allowing medical students to bunk off because they’re afraid of the sight of blood.
Outside of the classroom, the university is doing its utmost to stamp out all sources of fun on campus. Now alcohol, that staple of student life, has come under threat from union officials. Contained within its ‘responsible drinking’ guide, UCLU warns that ‘drinking doesn’t have to be a way of life’.
Although it’s certainly true that you don’t need alcohol to have a good time, the suggestion that students require constant reminding to ‘alternate [booze] with some water’ makes a joke of the notion that we are capable of living independent lives.
And while the union claims that ‘mocktails [non-alcoholic cocktails] are a great way to start the night’, its risk-averse approach to alcohol signals, once again, its desire to infantilise students.

This is reflected, too, in the union’s ban-happy approach to anything that might be considered offensive. It outlawed the playing of pop star Robin Thicke’s song Blurred Lines because, with lyrics such as ‘I know you want it’, the song supposedly promotes rape and is ‘dangerous’.
It has also prohibited the distribution of The Sun newspaper because, with its frequent photos of scantily clad women — though no longer Page Three — it is deemed inherently ‘misogynistic’.
This flurry of blacklisting is driven by the belief that students need a bunch of jumped-up, right-on, soya-consuming activists to shield them from the horrors of the world.
It’s not surprising, therefore, that UCLU exhibits a shameless disregard towards free speech.
Despite the fact that the union maintains ‘freedom of expression is a fundamental human right’, it does not tolerate views that clash with its own. Within its resolution ‘to campaign for freedom of speech’, it also agrees to ‘continue to advocate “No platform for fascists” ’.
Thus the union took it upon itself to ban the UCL Nietzsche Club because some of the German philosopher’s ideas were adopted by the far-Right decades after his death.
Now alcohol, that staple of student life, has come under threat from union officials
The fundamental assumption underlying all this activity — that students are feeble creatures who cannot cope with any material they may not like — is absurd. Universities, by nature, are supposed to be places where ideas are challenged.
Indeed, by silencing certain ideas, the union risks leaving problematic beliefs dangerously unchallenged.
The dire state of freedom of speech on campus is further demonstrated by the union’s insistence that students should shut their mouths not just because of what they are saying, but because of who they are.
For instance, UCLU issued a letter of support to Goldsmith University’s BME (black or minority ethnic) network, which maintained that white people shouldn’t be allowed to attend their meetings because discussion couldn’t take place with ‘oppressors’ in the room.
So, under the guise of anti-racism, the union decrees that students shouldn’t be able to say something because of the colour of their skin — a divisive assumption uncomfortably close to what anti-racists have fought against in the past.
Such is the danger of the union’s obsession with so-called identity politics, which focuses largely on an individual’s race, class and gender.
Fortunately, however, the clique behind the student union doesn’t represent the student body. This isn’t surprising, given that only 12 per cent of students bothered to vote in UCLU’s elections. Some posts only had one candidate.
Student outside UCL: 'UCLU exhibits a shameless disregard towards free speech'
The schism between UCLU and its students was revealed in the uproar that arose after the union issued a statement praising the BDS (Boycott, Divestment and Sanctions) movement against Israel, an outside organisation which lobbies corporations, artists and academic institutions to sever ties with the Jewish state — without consulting the student body.
However, while this outcry was a refreshing reminder that the union doesn’t rule unquestioned, it wasn’t enough to cower its illiberal tendencies.
Sadly, what I’ve experienced in London merely reflects the rise of censorship and moral policing that has become endemic on university campuses across the UK.
More than a fifth of student unions in the UK uphold ‘safe spaces’, where students are only allowed to profess a prescribed point of view at certain events — often protecting the student union’s orthodox perspective from being criticised.
Forty per cent of unions also have ‘no-platforming’ policies in place against potentially offensive speakers. If this creeping intolerance is going to be combated, students cannot rely on their unions to help out.
Rather, the onus is on students to turn universities back into places of rigorous education. This means refusing to roll over meekly when unions nanny students, and instead demanding to be treated like rational adults.
And when unions attempt to silence speakers, students must refuse to accept the decision.
It’s imperative that we protest against intolerance.
As for sexual consent courses, Warwick University student George Lawlor was bullied online and branded a ‘rapist’ and ‘misogynist’ by activists last year after he dared to question consent workshops, and argued that most men ‘don’t have to be taught to not be a rapist’.
But now, other students, as we’ve seen at York, are showing what they think of such classes by walking out. So perhaps the fightback has finally begun.

Posted by Angelo Agathangelou at 11:33 am