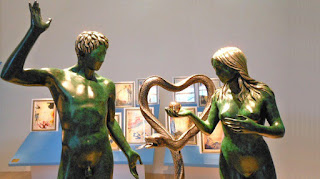 THERE have recently been Women’s Rights conventions in New York and Boston. The general drift of the proceedings was to show the wrongs of woman under the laws of society at present constituted. There were plenty of facts to show that in many instances women, at the present time, were ill-fed, ill-clothed, and ill-sheltered ; that their employment was not remunerative in many cases, and that under their afflictions they were driven often to live a life of vice and crime.
All this will be freely admitted and universally regretted. But, and the question may be asked with emphasis, are these wrongs peculiar to women? Do they alone suffer them? Is there a discrimination against the sex? We unhesitatingly answer in the negative. Would man–yea, would man, who is endowed with that wonderful right of suffrage, which in the eyes of these reformers is the great cure for all the grievances of the sex, not be enabled to find as serious cause of complaint as those made by his female associate?

Read more »
Posted by Angelo Agathangelou at 11:40 pm No comments: Links to this post

We got a surprising amount of tangential material from such a short dumb feminist video 'Tea Consent'. Once again, if you find it a little too tangential, you have my commiserations. But not my apologies.
Read more »
Posted by Angelo Agathangelou at 10:50 pm No comments: Links to this post

By Gilad Atzmon: Haaretz reported today that New York Rabbi Yosef Mizrachi confirmed earlier this week that only about 1 million Jews perished in the Holocaust. But don’t be shocked, the rabbi, a teacher at a yeshiva in Monsey, is not exactly a history revisionist. He is merely a quotidian Jewish supremacist. 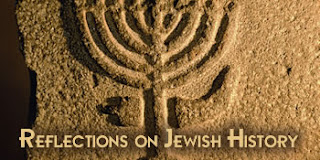 In a video on his YouTube channel, Rabbi Mizrachi cites high assimilation rates in Europe before World War II as support for his claim that 80% of those identified as Jews killed by the German National Socialists during the Holocaust were not Jewish according to Jewish law.
“If you look at the percent of assimilation that there was in Europe, which already reached 80 percent, it’s reasonable to assume that 80 percent of the 6 million were not Jews,” said Mizrachi.
It does follow that if the Rabbi is correct and out of the '6 million Jews’ who perished in the Holocaust, 5 million of them were actually Goyim, then the Jewish State and other Jewish institutions worldwide
must immediately return 80% of the reparation money to Germany and other European countries.

Universities And Freedom Of Speech

By Baroness Deech: Many Members of this House will have been students when there were troubles of one sort or another, depending on the age. Indeed, we may have cut our teeth on some of them. There were protects, sometimes violent, in the past, but never have those protests been so widely or indiscriminately launched and never have the university authorities been so complicit in allowing the free exchange of ideas to be closed down. Nor, in my experience, have students ever been so self-censorious. They claim a right not to be offended, but we cannot secure freedom of expression if we all also maintain a right not to be offended. That closes down the freedom of speech of others and, as explained by my noble friend Lady O’Neill in a recent Theos lecture, “offence” is subjective. Only that which is unlawful should be banned.

Free speech is under attack because of a widespread culture of victimisation and grievance. People are fearful of the consequences if they express unpopular views and so they stay silent. Academic freedom and freedom of speech are the poorer for it. There is a pincer movement between students blocking speech they disapprove of and the operation of the many laws imposed on universities to promote and control speech, which I will explain.
Universities have a unique responsibility to promote and secure free speech, not only for the advancement of public knowledge but for the training of our future leaders and professionals. Universities are bound by statute to give external speakers a platform, provided that they are speaking within the law. Extreme but lawful views should not be repressed but challenged. But extremist speakers are not being challenged because the students themselves are silencing the challengers.

Why aren't men allowed male-only spaces? Why must women/Feminists seek to shape male-dominated past-times to fit their wants? They just can't leave us alone, can they? RobotThorium
Posted by Angelo Agathangelou at 4:43 pm No comments: Links to this post

Introduction by Gilad Atzmon: In this superb Haaretz' article from 1985, the paper's legendary editor Gershom Schocken explores the history of Jewish exclusivism and racial supremacy. Haaretz republished this excellent article two days ago following the Israeli Education Ministry's decision to ban a book about an Arab-Jewish love affair. 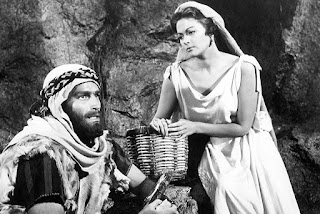 I believe  that the message is clear as much as it is obvious. Rather than assimilating into the region, the Jewish Sate has subscribed to the most radical form of Judaic segregation and choseness.
The Jewish Ban on Intermarriage Has Become a Curse
By Gershom Schocken: The main reason the rabbis oppose encounters between Jewish and Arab youths is that such meetings might lead to intermarriage. Even give the small chance that this would be the result of such interactions, there's no denying that the rabbis have touched on a most sensitive issues for Jews and Arabs living together in this land.
Ezra the Scribe is the person who banned intermarriage between the Jews who had returned from Babylon to the Land of Israel and the other nations already living here.

Feminist Rants - On The News - There May Be Hope! + MGTOW Gold Mine - Dumb, Drunk, Sluts & Abortions

I reference a couple of young Feminists complaining about the news; for all the wrong reasons, of course, but at least it is a start. There may be some hope for these women gentlemen; but not likely. M

Mandatory Optimism Vs My Suicide Song

"Just one of billions of notes in a timeless song, go ahead and kill yourself you'll be gone before too long anyway. It's OK to give up, it's OK to end you're life. It's not the end of the world if you'll chose to die. ...You win a Darwin award. ...Think of the thing that really make your life worth living, like your kids." Russell Lindquist.
Posted by Angelo Agathangelou at 5:26 am No comments: Links to this post

Max Keiser and Stacy Herbert conclude with their thoughts on the 2015 that was and the 2016 that is: from increasing productivity, declining wages and decreasing fuel efficiency, rising alternative energy superpower. In the second half, they talk to Charles Hugh Smith of OfTwoMinds.com about a 'radically beneficial world' in a post-jobs economy.
Posted by Angelo Agathangelou at 2:49 am No comments: Links to this post

By David Duke: Jewish terrorism against Arabs is being subsidized by US tax money, a complaint filed with the New York State Attorney General’s Office alleges. It centers on a non-profit organization that provides money to Jews accused of violence against Palestinians. 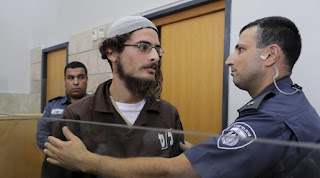 Right: Zio-Fascist - Meir Ettinger
The Israeli organization Honenu provides financial support to Jews convicted of or on trial for violent acts against Palestinians – including so-called “price tag” attacks in the West Bank.

The complaint centers around the fact that the non-profit is tax-exempt, implying that taxpayers are essentially subsidizing a non-profit that defends those convicted of extreme violence.

“Just as we would be furious to learn of tax-exempt money going to Hamas or ISIS, we must not allow US taxpayers to subsidize money that is given strings-free to members of our own people who are accused or convicted of terror,” the executive director of T’ruah: The Rabbinic Call for Human Rights, Rabbi Jill Jacobs, told the Jewish Telegraphic Agency.
T’ruah, a Jewish organization which aims to “respect and protect the human rights of all people,” filed the complaint to the charities bureau of New York State Attorney General Eric Schneiderman on Monday.
The complaint urges the attorney general to investigate Honenu and its fiscal sponsor, the Central Fund of Israel, both of which are located in New York.