Why Capitalists Are Playing Footsie With Feminists 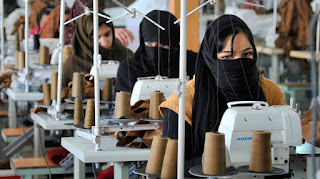 By Amartya Talukdar: Feminism has traditionally been identified with the left. In the western world, social processes are viewed through the lenses of two opposing camps. On the one side is Left, and it includes feminists, socialists, communists. Left-wing politics are political positions or activities that accept or support social equality, often in opposition to social hierarchy and social inequality.
On the other side is the Right, which includes traditionalists, capitalism, religion and established social structures. The Right-wing politics are political positions or activities that view some forms of social stratification or social inequality as either inevitable, natural, normal, or desirable, typically defending this position on the basis of natural law, economics or tradition. The Right generally supports liberal democracy, capitalism, the market economy, private property rights.
Ever since revolutionary Paris of the 1790s, the Left has sought to tear down social institutions and moral codes associated with tradition. Revolutionary France wished to destroy not only the monarchy and the nobility, but also organized religion and the family. The Left wishes man to go back to his natural state and supports sexual freedom because that is what one sees in the animal kingdom (although some animals mate for life). As socialist economies of Russia and China collapsed, the Left turned its focus on gender and ethnic issues.

Read more »
Posted by Angelo Agathangelou at 8:15 pm No comments: Links to this post

MGTOW IS ON WIKIPEDIA AND WE MUST FIGHT TO KEEP IT THERE!!!!

MGTOW HAS FOUND ITS WAY TO WIKIPEDIA AFTER BEING FEATURED ON THE BBC ... BUT MGTOW MUST CREATE A MUCH BETTER PAGE AND FIGHT TO KEEP IT ON WIKIPEDIA

Spain Has Fallen – Not Like Greece – But Fallen All The Same

By Peter Koenig: The Spanish elections – 20 December – were a deceit and a farce. Nobody seems to notice. At least not those concerned, the ignorant electorate, those who will suffer again possibly under a new neoliberal Rajoy leadership. 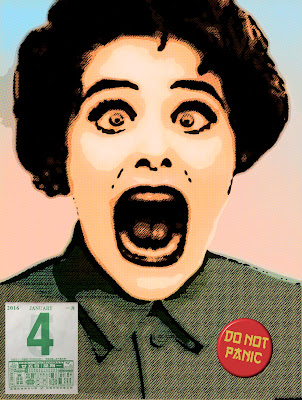 People forget and are vulnerable to propaganda and lies and manipulations through the bought media in Europe as much as in the US. And this in Spain of all places, where unemployment is still hovering around the 20% – 25% mark, with youth unemployment around 50%, and where an average grad student coming out of university earns on average 1,000 euros or less per month, if he can find a job; hardly a liveable wage.
Others have to survive on monthly incomes in the 500 to 800 euro range. Spain, a country like Greece, where neoliberal troika policies cut minimum wages, pensions, increased retirement age, privatized the health system – and are at the verge of privatizing education. Spain, a country where the ruling Partido Popular (PP) was and still is involved in horrendous corruption scandals all the way to the top, as was widely divulged earlier this year even by the mainstream media. Does it not seem absurd that in this miserably down-trodden Spain, the largest single block of people are no more awake than voting again for their hangman?
Read more »
Posted by Angelo Agathangelou at 4:43 pm Links to this post

By Natasha: In a ground-breaking move, leading fathers’ charity DadsHouse has become the first organisation in Europe to offer homeless fathers temporary accommodation.

As passionate supporters of this charity for many years now, we are absolutely thrilled for them and for the fathers who will be able to take advantage of this scheme, which will help to keep dads and their children together.
You can read their press release below: 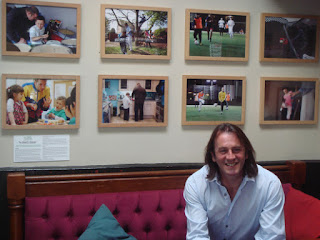 JANUARY 2016
PRESS RELEASE
DADSHOUSE FIRST ORGANISATION TO OFFER FATHERS TEMPORARY ACCOMMODATION
DadsHouse (1), the UK’s leading charity for single and lone fathers has become the first organisation in Europe to offer homeless fathers temporary accommodation.
Five houses across London have been converted into studios with en suite bathrooms and shared kitchens (2) where fathers will also be to access DadsHouse support services including coaching, their buddy service and family law advice.
Read more »
Posted by Angelo Agathangelou at 1:55 pm No comments: Links to this post

"Your governments will become more right wing and fascist, more militaristic, less democratic, your rights will be marginalised, ignored, trampled on, circumvented by laws espousing security of some kind or another, hay, hay fucking hay!" Deek Jackson.

Read more »
Posted by Angelo Agathangelou at 12:49 pm No comments: Links to this post

The Risks Of The War On Cash

By Don Quijones: On January 1st, Londoners woke up to a rather perplexing reality: all of the cashless Oyster card readers on the city’s buses, rail and tube stations had stopped working. With cash as good as banished from the London transport system, attendants had little choice but to wave passengers through open ticket barriers and onto buses without paying, until the problem was fixed.

Ironically, the costly glitch came on a day that new fare increases were to be introduced, with journey prices going up by an average of 1%. According to research by the UK Labour Party, rail fares have risen at three times the rate of wages since 2010, with campaigners saying ticket prices have become “increasingly divorced from reality.”
While for London’s commuters the glitch offered a welcome respite from ever-spiraling transport costs, the temporary collapse of the Osyter Card system should give serious pause for thought about our growing dependence on electronic cashless payment systems, especially as government, central banks, financial institutions, credit card companies, and large corporations conspire openly to pull the plug on cash [read: The War on Cash in 10 Spine-Chilling Quotes].

Soon Robots Will Have More Rights Than Humans 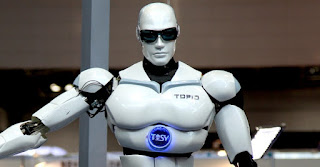 Op-Ed by Jake Anderson(ANTIMEDIA): First, let me define my terms. When I use the word ‘robot,’ I am not referring only to automated machines or cybernetic androids. For the purposes of this article, ‘robot’ will refer to any artificially created entity or interface that is endowed with a high level of sentience and intelligence. A great example of this in popular culture is the operating system Samantha from the Spike Jonze film, Her, though this character is better utilized as a lens through which to assess the emotional dimensions of artificial intelligence.
By invoking robots, I am primarily referring to artificial intelligence. To be sure, artificial intelligence already exists. It just doesn’t look like what science fiction prognosticators of previous decades originally envisioned. Anytime you type into the Google search bar and the field is auto-populated with suggestions, that is an example of algorithmic artificial intelligence. Anytime Siri responds to one of your absurdly facetious questions (or legitimate queries), you are witnessing an embryonic form of artificial intelligence. We take it for granted, but these are extraordinary advances that would be have seemed impossible to previous generations.
In the future, the evolution of artificial intelligence will be so dramatic and rapid that we will scarcely be able to identify the point at which strong artificial intelligence surpasses human cognition, although some would argue that has already happened. Already, innovations like IBM’s Watson are surpassing the limits of human intelligence and, in the case of a computer program called Eugene Goostman, passing the Turing Test with flying colors.

By Gilad Atzmon: In this uniquely disturbing video we witness some orthodox Jews filming themselves hopping in front of their phones cameras attesting how much they love and are proud of being themselves.


Read more »
Posted by Angelo Agathangelou at 2:23 am No comments: Links to this post

The US Men’s Rights Convention Of 1851

By Peter Wright: In 1851 the following article was penned by Chericot in Godey’s Lady’s Book, an American magazine for women published in Philadelphia. The article entitled Men’s Rights Convention was designed to mock proceedings of men’s rights conference held at Independence Hall. Did the conference really take place? My bet is that it did, and the article was an attempt to distort proceedings and dissuade MHRA’s from holding future conferences. – PW 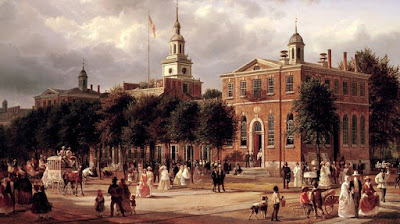 Yesterday, at 10 o’clock in the forenoon, an immense mass meeting of gentlemen from all parts of the country was held at Independence Hall. It was convened upon notices to that effect, which were issued directly after the late extraordinary and treasonable Female Convention at Massachusetts, and which, being distributed among the principal cities in the Union, had resulted in the collection of an enthusiastic crowd of gentlemen of all grades, trades, and politics, one common danger uniting them, in the effort to repel the proposed feminine aggression of their rights.
Read more »
Posted by Angelo Agathangelou at 12:30 am No comments: Links to this post