“We Came, We Saw, He Died” – Revisiting The Incredible Disaster "We" Made Of Libya

In retrospect, Obama’s intervention in Libya was an abject failure, judged even by its own standards. Libya has not only failed to evolve into a democracy; it has devolved into a failed state. Violent deaths and other human rights abuses have increased severalfold. Rather than helping the United States combat terrorism, as Qaddafi did during his last decade in power, Libya now serves as a safe haven for militias affiliated with both al Qaeda and the Islamic State of Iraq and al-Sham (ISIS). The Libya intervention has harmed other U.S. interests as well: undermining nuclear nonproliferation, chilling Russian cooperation at the UN, and fueling Syria’s civil war. 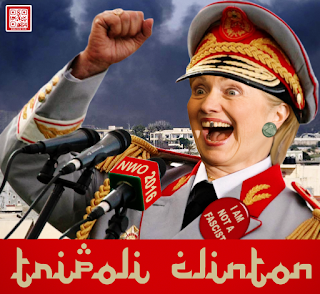 Libya has gotten worse since NATO ousted Qaddafi. Immediately after taking power, the rebels perpetrated scores of reprisal killings, in addition to torturing, beating, and arbitrarily detaining thousands of suspected Qaddafi supporters. The rebels also expelled 30,000 mostly black residents from the town of Tawergha and burned or looted their homes and shops, on the grounds that some of them supposedly had been mercenaries.

The Solution To Germany’s Migrant Problem Is Simple. But Not Easy 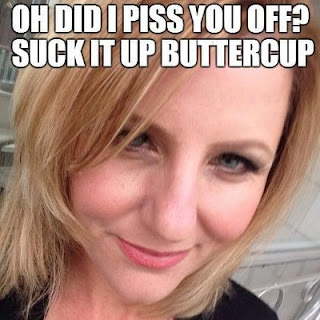 By Janet Bloomfield (aka JudgyBitch): The most shocking thing about the mass rape and sexual assault rampage that took place across Europe (most notably in Cologne) on New Year’s Eve is the almost complete silence from feminists. Those feminists who did comment defended the rapists, taking their lead, no doubt, from the Mayor of Cologne, who suggested women keep “an arm’s length” away from men to avoid being raped, sparking the hashtag #EinArmLaenge, where Germans vented their rage at the complete mayhem one million migrants has caused in German society.
Rape is just the tip of the iceberg.
There are a few interesting things to unpack in the response, or lack thereof, to the Cologne rapes. First of all, Cologne makes it frighteningly clear what rape culture looks like, and simultaneously demonstrates that we live in nothing even approaching a rape culture in the West. That feminists and have been bleating and moaning over essentially nothing is hardly shocking, since “bleating and moaning over nothing” is pretty much a job description for feminist, but their eerie silence on the Cologne rapes is telling.

By Erin Pizzey: The first refuge in the world devoted to the care and rehabilitation of violence-prone families was opened in Chiswick in London in 1971. In the early months a small house that we christened Chiswick Women’s aid was opened as a community centre to serve as a local meeting place for women locally and their children so that we could all pool our talents and work within our community. 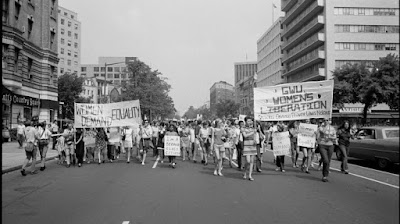 I had been expelled from the newly emerging Women’s Liberation Movement as, from the beginning, I denounced it as fraudulent for deluding desperate women across the country into parting with three pounds and ten shillings (a significant amount of money in those days) to join a movement which promised to devote itself to the betterment of women everywhere.
My quarrel with the movement was that from the very beginning a hard core of middle aged Marxist women, many of whom were deeply embedded into the education system, Universities, Civil Service and the media were lying to women everywhere.

Max Keiser and Stacy Herbert discuss moths to the flame as corporations, individuals and whole nations self-liquidate on the pyre of bad debts. They look at the incredibly shrinking benefits of massive Japanese money printing and also at the proposal that Western oil giants self-liquidate as the best means of deploying their capital in a newly free oil market where the marginal producer once again sets the price.

Royal Sounds
Posted by Angelo Agathangelou at 10:13 am No comments: Links to this post

The "Monsters" Unmasked: Cologne Police Admit "Most Of The Attackers Were Refugees" 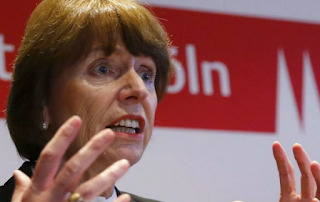 Submitted by Tyler Durden: This week, many German citizens were appalled to hear the details of what allegedly occurred on New Year’s Eve in Cologne.

According to eyewitness accounts and a number of apparent victims, hundreds of “Arab or North African” men engaged in coordinated sexual assaults and robberies across Germany with attacks reported in Cologne, Hamburg, and Stuttgart.


"These people that we welcomed just three months ago with teddy bears and water bottles ... started shooting at the cathedral dome and started shooting at police," one hotel bouncer who witnessed the melee in Cologne said. "Ms Merkel where are you? What do you say? This scares us!,” read a sign carried by protesters in demonstrations held on Tuesday.

Aberration or design feature?
By Don Quijones: With Brazil, Latin America’s largest economy, mired in its deepest recession for years, with Venezuela perpetually poised on the edge of the abyss, and with Argentina facing a treacherous period of political and economic transition, Mexico is once again drawing the attention of international investors.
The economy could grow as much as 3.5% in 2015, predicts Mexico’s fifth largest bank, Banorte. The OECD expects it to expand by at least 3%.
A Model Economy
In recent years, glowing economic forecasts have become a New Year formality for Mexico. Economists representing international banks and supranational institutions like the OECD and the IMF confidently predict record-breaking annual growth for the year to come, only to spend the rest of the year frantically downgrading their predictions until, by November or December, they’re more or less spot on.
That’s not to say that Mexico’s economy doesn’t have important points in its favor, especially at the macro level. Unlike Brazil and many other Latin American economies, Mexico is not heavily dependent on Chinese demand for its commodities, although the economy has been hit hard by cascading oil prices. And although the peso depreciated by 17% last year, the official inflation rate is still comfortably below the 2% line — compared to over 10% in Brazil. Meanwhile, things are so bad in Argentina that the National Institute of Statistics has stopped publishing official inflation figures altogether. As for Venezuela, the less said the better.
Read more »
Posted by Angelo Agathangelou at 4:33 am No comments: Links to this post

A Short Declaration Of My Political Standpoint

"I, being of sound mind, want to see the downfall of feminism!" fidelbogen
Posted by Angelo Agathangelou at 1:56 am No comments: Links to this post

A dissection of an interview with "moderate" NSW feminist Elizabeth Broderick. Oh, and one more thing, 96% of workplace fatalities in Australia are men. Six Minutes of Shit