By Jonathan Cook: A small scene from the Israeli-Palestinian conflict unfolded last week on a Greek airport runway.
Moments before an Aegean Airlines flight was due to take off, three Israeli passengers took security into their own hands and demanded that two fellow passengers, from Israel’s Palestinian minority, be removed from the plane. By the end of a 90-minute stand-off, dozens more Israeli Jews had joined the protest, refusing to take their seats. 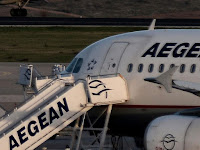 Like a parable illustrating Europe’s bottomless indulgence of Israel, Aegean staff caved in to the pressure and persuaded the two Palestinian men to disembark.
The lack of outcry from Israeli officials should be no surprise. Shortly before the Athens incident, Israel banned a Hebrew novel, Borderlife, from the schools curriculum because it features a romance between an Israeli Jew and a Palestinian.
The education ministry said it feared the book would undermine Jewish pupils’ “national-ethnic identity” and encourage “miscegenation”.
As an Israeli columnist observed: “Discouraging ‘assimilation’ is an inseparable part of the Jewish state”. Strict separation operates in the key areas of life, from residence to schooling. As a result, marriages between Israeli Jews and Palestinian citizens, a fifth of the population, are rare indeed.
It was therefore difficult not to see the paradox in Israeli prime minister Benjamin Netanyahu’s comments following a shooting by Nashat Melhem that killed three Israelis in Tel Aviv on New Year’s Day.

Read more »
Posted by Angelo Agathangelou at 11:13 pm No comments:

By Stephen Gowans: The implication of a report written for the US Congress is that the United States is a state sponsor of terrorism in Syria. At the same time, the report challenges widely held beliefs about the conflict, including the idea that the opposition has grass-roots support and that the conflict is a sectarian war between Syrian president Bashar al-Assad’s Alawite sect and the majority Sunnis. 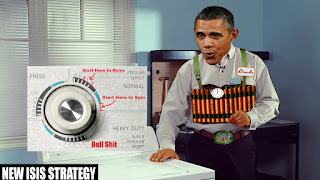 Written in October 2015, the report was prepared by the Congressional Research Service, an arm of the United States Library of Congress. The Congressional Research Service provides policy and legal analysis to committees and members of the US House and Senate.
Titled “Armed Conflict in Syria: Overview and US Response,” the report reveals that:
1. The Syrian conflict is between Islamists and secularists, not Sunnis and Alawites.
Media reports often emphasize the dominant Sunni character of the rebels who have taken up arms against the Syrian government, while depicting the Syrian government as Alawite-led. What is almost invariably overlooked is that the largest Sunni fighting force in Syria is the country’s army. Yes, the rebels are predominantly Sunni, but so too are the Syrian soldiers they’re fighting.
Read more »
Posted by Angelo Agathangelou at 8:09 pm No comments:

Life Lessons From A Literary Lion

If a man has been his mother’s undisputed darling he retains throughout his life the triumphant feeling, the confidence in success, which not seldom brings actual success along with it. SIGMUND FREUD - A Childhood Recollection

By Doug Mortimer: Norman Mailer has been dead since 2008 but his life was an object lesson for all men, even those who have never read a word of his work. 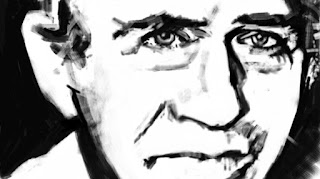 As the above quotation indicates, Norman Mailer, born in 1923, was a precocious child who became his mother’s darling. Not only that, he had a coterie of aunts who stroked his ego. That environment, combined with his 165 I.Q. and his academic record at Boys’ High School in Brooklyn, resulted in admission to Harvard at age 16. Mailer’s high school sex life was normal, in other words, lots of talk and limited experience. His first intercourse was with a prostitute and his first serious relationship occurred in college, resulting in his first marriage. So in the early going, his sex life was pretty much in keeping with the men of his generation. 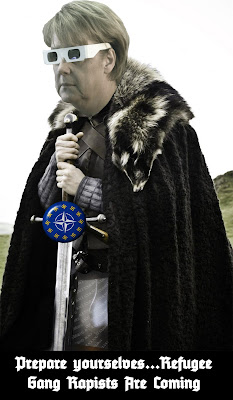 Submitted by Tyler Durden: On Sunday, we learned that the man who stormed a Paris police station while waving a meat cleaver and donning a fake bomb vest once lived in a center for asylum seekers in Germany and may have ties to the wave of sexual assaults that occurred in Cologne on New Year’s Eve.


The revelations came just a day after some 1,700 people turned out for a PEGIDA rally where demonstrators waved anti-migrant banners and called for the ouster of Angela Merkel.

We’ve long argued that the influx of Mid-East asylum seekers had the potential to trigger dangerous bouts of scapegoating xenophobia across the bloc. We’ve also noted that with each passing “incident” (be it a massacre of civilians like that which occurred in Paris, a bomb scare like what unfolded in Hannover, or sexual assaults like those that took place across Europe on New Year’s), Europe’s goodwill towards refugees gradually evaporates as even “compassionate” Westerners run out of patience in the face of what’s perceived as a growing threat to the region’s culture and security.
Read more »
Posted by Angelo Agathangelou at 4:33 pm No comments:

Non-feminist men and women are not a minority, and it's high time the feminists figured this out. We're here, we're not feminist, get used to it!
Posted by Angelo Agathangelou at 2:33 pm No comments:

Mangina Of The Year Awards 2015: Cast Your Votes!

SyrianGirlpartisan: The side of the story the media won't tell you, that alQaeda has over run the town, which is why the army has surrounded it. AlQaeda is also sieging Kafaraya and Fuoa. They take the aid that's coming in and sell it at high prices.
Posted by Angelo Agathangelou at 10:23 am No comments:

By David Corn: This week, Sen. Marco Rubio (R-Fla.) released a television ad that slammed President Barack Obama on several fronts: guns, abortion, climate change (it's not a true threat), and the war on terrorism. In the ad, the almost-top-tier GOP presidential candidate proclaims, "America needs a real commander in chief and a president that will keep us safe." And, as part of his indictment of Obama, Rubio huffs, "He spies on Israel." 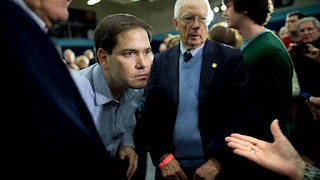 Rubio's message seems to be that a strong and effective US leader would not spy on Israel, and that Rubio would not green-light espionage operations that keep an eye on that nation. No doubt, that would delight Israel and its spies, who have long targeted Washington with aggressive espionage operations.

As the Wall Street Journal reported last month, the US intelligence establishment does snoop on Israeli officials. This has outraged conservative supporters of Israel within the United States. But what has such spying unearthed? That Israel spies on the United States.

Read more »
Posted by Angelo Agathangelou at 7:46 am No comments:

By Robert Franklin Esq: It’s been well over two years since the last spate of articles blaming men for women not having children appeared in the British and American press. But that doesn’t mean the same old arguments aren’t being trotted out, threadbare as they are. Here’s the most recent claptrap (Daily Mail, 1/6/16). Amusingly enough, the Mail leads with this claim:
So who are the women who make up Generation Childless? In this two-part series, the Mail will discover why so many women of this era have found themselves childless - and uncover the true cost, to them and society.
Sure. It’s like Monty Python promising to “sort out” The Meaning of Life. Of course they don’t. Similarly, the Mail fails at its far more modest task. This being a two-part piece, I suppose we’ll have to wait for all to be revealed; it’s certainly not in the linked-to article. (That too echoes the Python film, in whose middle a fish points out that “they haven’t said much about the meaning of life,” to which another fish optimistically responds that they’ll “probably get to that in the next bit.” As if.)
One improvement the Mail’s piece makes over previous efforts is that it actually offers some data on the issue of childless women.

Fear is the mind killer.
johntheother
Read more »
Posted by Angelo Agathangelou at 3:17 am No comments:

The Banksters of England may have said the 2008 City of London crash cost us seven and a half trillion in lost output but why is Osborne about to lose us even more money selling off our shares in R-B-S? And, Apartheid Britain. Racist Chancellor Osborne deliberately increasing poverty among black and ethnic minorities in the UK! Plus, the latest on British government censorship of the media, and scandals hitting the press this week.
Posted by Angelo Agathangelou at 12:41 am No comments: