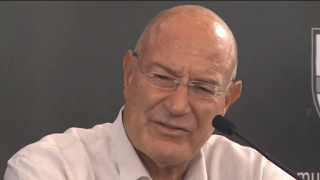 Commentary by Dr. Patrick Slatter: Here is a real life story that could only come out of Hollywood. Arnon Milchan was the Hollywood producer behind the “feel good” blockbuster Pretty Woman, in which the character played by Julia Roberts found the man her dreams by becoming a prostitute. Well, according to the article below, Milchan was doing more than promoting positive role models for white “shiksas.” He was also an Israeli Mossad agent actively engaged in arms dealing, nuclear secret theft, and spy recruitment. According to his biography, former Israeli president and prime minister Shimon Peres said the following:


“Arnon is a special man. It was I who recruited him…. When I was at the Ministry of Defense, Arnon was involved in numerous defense-related procurement activities and intelligence operations. His strength is in making connections at the highest levels…. His activities gave us a huge advantage, strategically, diplomatically and technologically.” (interview dated February 8, 2010, documented in Meir Doron and Joseph Gelman’s “Confidential: Secret Agent turned Hollywood Tycoon Arnon Milchan” p. xi).

Read more »
Posted by Angelo Agathangelou at 11:33 pm No comments:
Email ThisBlogThis!Share to TwitterShare to FacebookShare to Pinterest

Max Keiser and Stacy Herbert discuss whiny ragequitting in order to join a banking system with life-or-death power but where no real auditing is possible. In the second half, Max interviews investor Stephen Kendal and his terrifying derivatives model which shows the debt bubble growing larger and larger before each of the last two financial crises, whilst the markets stay the same size.
Posted by Angelo Agathangelou at 10:19 pm No comments:
Email ThisBlogThis!Share to TwitterShare to FacebookShare to Pinterest

Alex Jones breaks down the control Rothschild had over Russia in the early years until vladimir putin took them to court and exposed their treachery.
Posted by Angelo Agathangelou at 8:24 pm No comments:
Email ThisBlogThis!Share to TwitterShare to FacebookShare to Pinterest

By Erinn Kerr: An organisation that provides help for male victims of domestic abuse has seen an increase in people coming to them for help. The Men's Advisory Project said it supported 536 clients in 2015 compared to 294 in 2013.
But while victims often suffer similar hardship, it said the services available for men in Northern Ireland are less extensive than for women.
One man who knows how difficult it can be to get help is Paul. 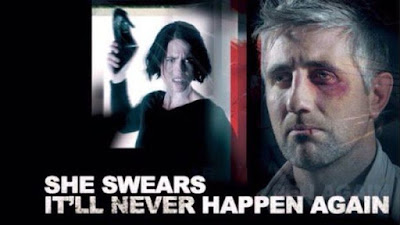 Paul, whose name has been changed to protect his identity, walked away from his 25-year marriage after suffering physical, emotional and psychological abuse.
"My wife and I had only been together two years when the trouble started," he told the BBC.

"She fell pregnant and made it clear that if we didn't get married and move in together I wouldn't see my child.
"She would say things to me like: 'You don't want to be one of those men who have no relationship with their children.'

Read more »
Posted by Angelo Agathangelou at 12:47 pm No comments:
Email ThisBlogThis!Share to TwitterShare to FacebookShare to Pinterest

An Apology For Jewish Lord Janner’s Child Abuse Is Overdue 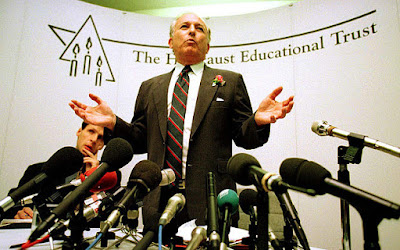 The Telegraph wrote “Sir Richard Henriques, a retired High Court judge, found a series of failures in a review of the CPS's handling of past allegations relating to the Labour peer.”  Sir Richard went as far as describing such police neglect as "remarkable."
The report found that in 1991 there was sufficient evidence against Lord Janner to provide a realistic prospect of conviction for offences of indecent assault and buggery against a 14-year-old boy, known as "Complainant 1".
There was also sufficient evidence to prosecute Lord Janner in 2007 for indecent assault and buggery (again) Sir Richard found, adding that the peer should have been arrested and interviewed and his home searched.

Read more »
Posted by Angelo Agathangelou at 11:33 am No comments:
Email ThisBlogThis!Share to TwitterShare to FacebookShare to Pinterest

Zionists Set Their Sights On Patagonia

Henry Makow: Israel is a proxy for the central bankers who plan to enslave the world using fictitious "debt." Argentine researcher Adrian Salbuchi explains that this enslavement will include amputation of territory. This is why Israelis are "taking the measure" of Patagonia and provoking attacks from the locals.
*** 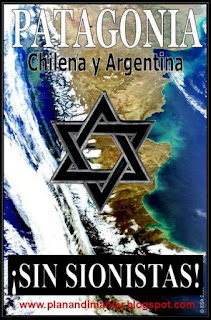 By Adrian Salbuchi: The Coming World Government: Tragedy and Hope, 2012, IX: Territory in Jeopardy- The Patagonia
In 2002, when Argentina was in the midst of its worst banking, financial and currency collapse that caused [ended]with the default on the public debt, the influential New York Times, published an extensive article on 27th August 2002 with the title "Some in Argentina see Secession as the Solution to the Problem of its Foreign Debt". In it, they proposed that Argentina pay its foreign debt by ceding the Patagonia Territory to the bankers and other GPE [global power elite] interest groups as alleged "compensation".
Read more »
Posted by Angelo Agathangelou at 8:38 am No comments:
Email ThisBlogThis!Share to TwitterShare to FacebookShare to Pinterest

By Claire Bernish (ANTIMEDIA): Humanity’s future is in peril thanks to so-called advancements in science and technology, claims Professor Stephen Hawking, who cited “nuclear war, global warming, and genetically-modified viruses” as deadly threats to our existence. 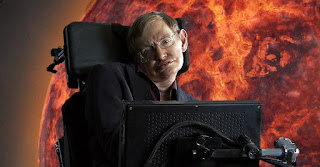 Hawking described various “things that could go wrong” to an audience of hundreds attending the first in a series of BBC Reith Lectures, which pertain to research about black holes. He asserted the necessity for colonization of other planets to ensure survival of the human species. According to the BBC, Hawking cautioned:
“Although the chance of a disaster to planet Earth in a given year might be quite low, it adds up over time, and becomes a near certainty in the next thousand or ten thousand years.
“By that time, we should have spread out into space, and to other stars, so a disaster on Earth would not mean the end of the human race.
“However, we will not establish self-sustaining colonies in space for at least the next hundred years, so we have to be very careful in this period.”

Read more »
Posted by Angelo Agathangelou at 7:30 am No comments:
Email ThisBlogThis!Share to TwitterShare to FacebookShare to Pinterest

Introduction by Gilad Atzmon: The following is an extract from a recent Haaretz article written by an ultra Zionist, Dave Rich Deputy Director of Communications of the dubious * Community Security Trust, a pro Israel extremist group concerned with the security of one people only.  Unwisely, Rich reveals that in the 1970s the Brits understood what they were up against. They were concerned about Jewish power and the Jewish Lobby and for a good reason. Back in the 1970s, British survival instincts were on full alert.  Reading this may make a few of you nostalgic.
***
Revealed The U.K. Foreign Office’s Secret Survey to 'Measure Zionist Influence' 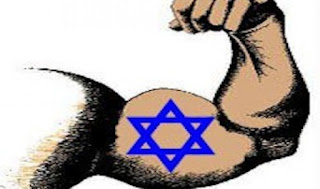 By Dave Rich: Late in 1971 the British embassies in Washington D.C., Paris, Bonn, The Hague, Rome and Brussels received a request from Whitehall, to provide information about the activities of Zionist organizations in their respective countries. The embassy in Tel Aviv was also asked for its view and diplomats in Whitehall gave their own opinion of British Zionist lobbying.
Read more »
Posted by Angelo Agathangelou at 6:20 am No comments:
Email ThisBlogThis!Share to TwitterShare to FacebookShare to Pinterest

OMGG!! The Top 1% Have Same Money As Bottom 99% + Billionaire Privileged Queen To Charge Cancer Charities And Great Ormond Street £1.5M For "Her" Birthday