The BBC's propaganda initiative on behalf of the Women's Equality Party continues unabated. Both the party's leader (Sophie Walker) and spokeswoman (Sandy Toxic) have won 'Lying Feminist of the Month' awards - indeed Toxic won two of them in the space of just three months. Something that also continues unabated is the corporation's resolve not to allow J4MB a platform on any major programmes, to allow us to explain our positions in any detail.
Posted by Angelo Agathangelou at 10:59 pm No comments: Links to this post

Germany’s Reward For Being Washington’s Vassal

...And Aiding And Abetting Washington’s
War Crimes Against Muslim Peoples. 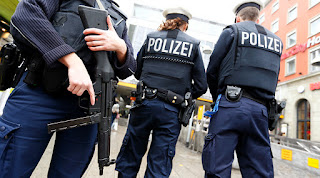 RT: Cologne-style sex attacks and thefts happened on New Year’s Eve in 12 other German states, according to a leaked federal police report cited by media. German investigators said the assaults represented a “new form of criminality.”
Local broadcasters WDR and NDR, and the newspaper Süddeutsche Zeitung, reported that the attacks were much more widespread than earlier thought, citing a confidential document prepared for the Interior Ministry by the Federal Criminal Police Office (BKA). 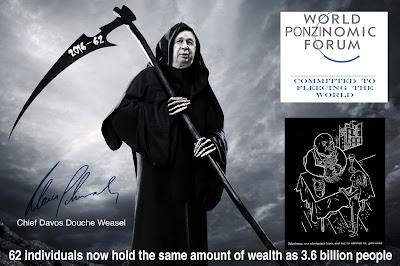 Read more »
Posted by Angelo Agathangelou at 6:10 pm No comments: Links to this post 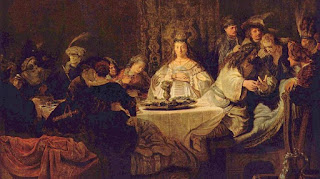 By Douglas Galbi: In a poem that a judge living in Georgia wrote in 1837, a judge heard a criminal domestic violence case. Henry Day, “a mild-looking man with a youthful face,” was accused of having beaten his large strong wife, Julia Sweet. Day pleaded to the court:

I don’t deny I beat my wife; And for that part where you aver That Satan did my spirit stir — ‘Tis true; for I was moved by her. The dying sinner’s wildest groans Are music to her gentlest tones; And for her blows! alas, my bones! Well, let it pass; perhaps ‘t was wrong; But I had borne her curses long, And I am weak, and she is strong; Let that, too, pass. I’ve done my best; My counsel there must say the rest. [1]

Day’s counsel might have invoked for him a claim to self-defense or a claim to be a battered spouse. Such legal strategies in actual domestic violence cases work almost exclusively for women defendants. With sound legal judgment of likely outcomes, Day’s counsel turned instead to a ludicrous defense based on the common-law concept of coverture.

Read more »
Posted by Angelo Agathangelou at 5:00 pm No comments: Links to this post

“Putin Did It” Concludes Secret Evidence In UK Inquiry 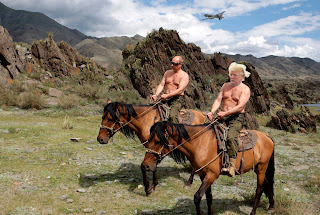 By Paul Craig Roberts: On the basis of secret evidence, a UK inquiry under orders from Washington decided that the death ten years ago of a low level spy was “probably” ordered by President Putin of Russia. There is no motive whatsoever for Putin to have been concerned with the dead spy, Litvinenko. He was of no consequence or threat to Russia.
Probably, Litvinenko’s death was due to the fact that he was engaged in the smuggling of nuclear materials and accidently poisoned himself.
What these unsubstantiated attacks on the President of Russia are doing is elevating Russia. The non Anglo-Zionist world, which is the largest part of humanity, has lost confidence in the veracity of the West. The Western media, a collection of prostitutes, is in such lock-step mindless compliance with the anti-Russian agenda that the most implausible accusations against President Putin are reported as if they were proven fact.
Western news organizations, such as the BBC and the New York Times, once respected news organizations, are now widely regarded as government propaganda organizations that lie for their living.

Read more »
Posted by Angelo Agathangelou at 3:17 pm No comments: Links to this post

On Gametes And Female Hypergamy

I briefly discuss the evolutionary foundation of female hypergamy, relative to generalized population dynamics. - MGTOW topic. M.
Posted by Angelo Agathangelou at 5:52 am No comments: Links to this post

Introduction by Paul Craig Roberts: The Anglo world doesn’t care that the Zionist world murders the Palestinians and confiscates their land, because that is what the Anglo world did to the native peoples whose lands the Anglo world wanted. Genocide is an Anglo-Zionist habit.

Australia’s Day for Secrets, Flags and Cowards
By John Pilger: On 26 January, one of the saddest days in human history will be celebrated in Australia. It will be "a day for families", say the newspapers owned by Rupert Murdoch. Flags will be dispensed at street corners and displayed on funny hats. People will say incessantly how proud they are. 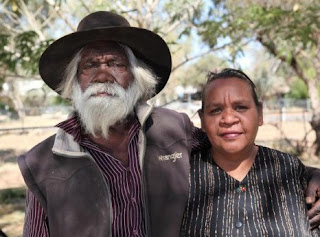 For many, there is relief and gratitude. In my lifetime, non-indigenous Australia has changed from an Anglo-Irish society to one of the most ethnically diverse on earth. Those we used to call "New Australians" often choose 26 January, "Australia Day", to be sworn in as citizens. The ceremonies can be touching. Watch the faces from the Middle East and understand why they clench their new flag. It was sunrise on 26 January so many years ago when I stood with Indigenous and non Indigenous Australians and threw wreaths into Sydney Harbour. We had climbed down to one of the perfect sandy coves where others had stood as silhouettes, watching as the ships of Britain's "First Fleet" dropped anchor on 26 January, 1788. This was the moment the only island continent on earth was taken from its inhabitants; the euphemism was "settled".

Read more »
Posted by Angelo Agathangelou at 4:19 am No comments: Links to this post

Submitted by Tyler Durden: The war on cash is escalating faster than many had imagined. Having documented the growing calls from the elites and propagandist explanations of the "benefits" to their serfs over the last few years, with China, and The IMF entering the "cashless society" call most recently, International Business Times reports that Norway - suffering from its own economic collapse as oil revenues crash - has joined its Scandi peers Denmark and Sweden in a call to "ban cash."
By way of background, as we explained previously, What exactly does a “war on cash” mean?
It means governments are limiting the use of cash and a variety of official-mouthpiece economists are calling for the outright abolition of cash. Authorities are both restricting the amount of cash that can be withdrawn from banks, and limiting what can be purchased with cash.
These limits are broadly called “capital controls.”
Why Now? Why are governments suddenly so keen to ban physical cash?
The answer appears to be that the banks and government authorities are anticipating bail-ins, steeply negative interest rates and hefty fees on cash, and they want to close any opening regular depositors might have to escape these forms of officially sanctioned theft.