By Mike Whitney: The UN-sponsored Syrian peace talks, which began on Friday in Geneva, will be boycotted by the main Syrian opposition group which has insisted that Russia stop bombing its positions while negotiations are conducted.
To appreciate how ridiculous these demands are, one would have to imagine a similar scenario taking place in the United States. Let’s say, for example, that Ammon Bundy, the crackpot leader of the armed militia that seized the federal wildlife refuge in eastern Oregon, demanded that the FBI and all other federal agents vamoose while the UN convened negotiations between his representatives and the Obama administration for the establishment of a transitional government that would remove Obama from power after 18 months while rewriting the constitution so it better reflected the far-right political and religious convictions of Bundy and his gaggle of ne’er-do-well followers. 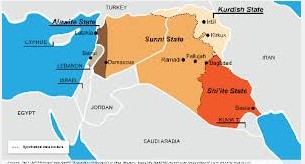 Does that seem like a reasonable proposition to you?
This is the context in which the current “talks” are being held. Is it any wonder why Moscow doesn’t take this charade seriously? It’s a joke.
In what other country are armed militias allowed to occupy cities, kill civilians, destroy critical infrastructure, create total mayhem and threaten to overthrow the elected government?
None. And yet, the Obama team thinks this is a perfectly acceptable way for citizens and even non citizens (most of the ‘rebels’ are foreign nationals or jihadis) to act, provided their political objectives coincide with those of Washington. Which they do.

Read more »
Posted by Angelo Agathangelou at 11:37 pm No comments:

Looks like the time has finally come. After letting the [feminist] lunatics run the asylum for years the reasonable people are finally fighting back. Raging Golden Eagle.

Read more »
Posted by Angelo Agathangelou at 9:26 pm No comments: 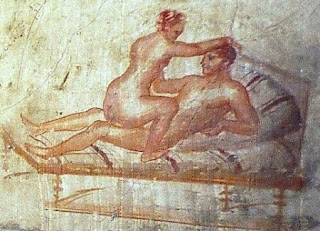 By Douglas Galbi: What could be worse than having a rape-hoaxer classmate — who falsely accused you! — receive her college diploma while toting her fake-rape mattress upon the stage at your college graduation ceremony? Less hurtful would be to metamorphose into an ass, a thick-hided cloven-hoofed ass, fully equipped with the equipment many women cherish. But how about being falsely accused of triple murder? You wouldn’t stand a chance at trial. Clothed in black, the mourning wife of one deceased man would bring their baby to the trial and cry for your blood. You’d be as good as sentenced to death, but they would torture you first with fire, wheel, and whips to get you to confess about your accomplice. Amid the supernatural horrors of campus rape tribunals and U.S. mass incarceration, turn to the light. Look to Photis! In Apuleius’s Golden Ass, Photis lovingly consoled Lucius after he endured a triple-murder trial farce.

Photis and Lucius developed a sultry sexual relationship that began with Photis stirring the pot in the kitchen.

Read more »
Posted by Angelo Agathangelou at 7:21 pm No comments:

By Richard Duncker: Although I will be considering legal, ethical and scientific concepts I am not a lawyer, ethicist or scientist but I am concerned with issues that affect us all as was Charles  Bradlaugh who was not afraid of controversy if it was where a rational argument should prevail. So I hope what I manage to do is to shed some light onto a very dark area with the help of those who do have that expertise. 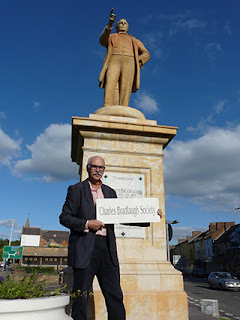 The protection of children from the inappropriate activities of adults is something that society takes very seriously – and quite rightly so.
Take for example – the Tattooing Of Minors Act. The act protects children under the age of eighteen from tattoos. A tattoo involves no loss of tissue but it is irreversible. The tattooing of a child is treated as a criminal offence with or without consent of the parents or the child. Another example relates to body piercing. There is no specific law, in England, regulating body piercing, but if it is carried out on the genitals of a child under sixteen or on the nipples of a girl it would be likely to be prosecuted as an indecent assault.
There are also several faith or culturally based practices which are likely to be treated as assaults in law one example would be the scarification permanent scarring of the face.

Read more »
Posted by Angelo Agathangelou at 6:07 pm No comments:

By Mike Buchanan [J4MB]: On Friday I debated MGM with Dr Simon Hochhauser, a Co-Chairman of Milah UK, on BBC 3 Counties Radio. The presenter was Jonathan Vernon-Smith, and the discussion lasted 20 minutes, followed by 20 minutes of mostly Jewish people calling into the show. I recommend you read the background under the file, before listening to the exchange.
Background: Jonathan Vernon-Smith is a highly-regarded presenter on my local BBC radio station, BBC 3 Counties Radio, based in Dunstable. His show presents a rare opportunity on BBC radio to talk about individual men’s issues at length. Milah UK milahuk.org/ is an organization set up to promote and protect the right of the Jewish community to mutilate the genitals of male babies, in accordance with religious beliefs.
Read more »
Posted by Angelo Agathangelou at 2:25 pm 1 comment:

"In America with elections coming along in November of this year the primaries are almost under way and the field seems to be being lead by Donald Trump for the republicans and maybe Hilary Clinton for the democrats. This could mean that America will elect a wealthy fascist right wing war mongering ass hole to be president of America or Donald Trump could win, lol." Deek Jackson

Read more »
Posted by Angelo Agathangelou at 8:52 am No comments:

Stephanie Guthrie Is The Future + One Question For Buzzfeed Feminists

"Being foolish isn't a criminal offence although it is one that will get you into a lot of very dangerous deep water if you are tangling with feminists who essentially run social media, who are the dominating force in most social media." johntheother.

Read more »
Posted by Angelo Agathangelou at 7:16 am No comments: 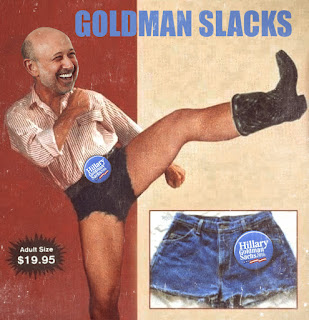 By Don Quijones: Despite a bounce this week, low oil prices continue to sow fear, uncertainty, and mayhem across the emerging market complex. On Wednesday, it was leaked that the IMF and World Bank would dispatch a team to oil and gas-dependent Azerbaijan to negotiate a possible $4 billion emergency loan package in what threatens to become the first of a series of global bailouts stemming from the tumbling oil price.
In Latin America’s largest economy, Brazil, the government has refused to rule out bailing out Petrobras, once the jewel of the nation’s crown but now a scandal-mired shadow of its former self, weighed down by $127 billion in debt, most of it denominated in dollars and euros.
If it is unable to sell the $15 billion in assets it has targeted by the end of this year – a big IF given how the prices of oil and gas assets have deteriorated – Petrobras might need some serious help from Brazil’s Treasury. According to Citi, that help could reach $21 billion – just enough to plug the company’s cash hole and fix the capital structure on a sustainable basis. That’s a big payment for a government that has on its hands a widening budget gap, a 4% economic contraction, and double-digit inflation.
Brazil is not the only Latin American economy entertaining a bailout of its national oil company. The government of Mexico just announced that it quietly injected 50 billion pesos ($2.7 billion) of public funds into the coffers of state-owned oil company Pemex.

Read more »
Posted by Angelo Agathangelou at 5:16 am No comments:

Max Keiser and Stacy Herbert discuss whether or not the price is right for a ruble? A big mac? A salmon? A barrel of oil? A Deutsche Bank? A Clinton? In the second half, Max interviews Vladimir Rojanovsky, head of research at OK Broker Investment Company, about the ruble’s tumble and what that means for the Russian economy going forward.
Posted by Angelo Agathangelou at 3:19 am No comments: