What Putin Can Teach Trump

"Putin is reviving the concept of symphony of church and state and this makes international Jewry very nervous. ...He want's what's good for Russia, not for the Jews. ...No GMO's in Russia which Putin is stamping out." Brother Nathanael
Posted by Angelo Agathangelou at 11:39 pm No comments: Links to this post

I laughed when I heard there were feminist comedians. I'm not laughing now. 5hadowfax

The Refugee Shit-Show + They're Here! #muslimrapearmy2016

In response to an excellent comment. "'What would it be like to import large numbers of Muslims into the west?' ...I think it's going to be a total shit show. ...That's quite apart from that hiperbole 1000 man rape army nonsense." johntheother

Read more »
Posted by Angelo Agathangelou at 7:53 pm No comments: Links to this post

Assange is now closer to justice and vindication, and perhaps freedom, than at any time since he was arrested.
By John Pilger: One of the epic miscarriages of justice of our time is unravelling. The United Nations Working Group on Arbitrary Detention  - an international tribunal that adjudicates and decides whether governments comply with their human rights obligations -  has ruled that Julian Assange has been detained unlawfully by Britain and Sweden. 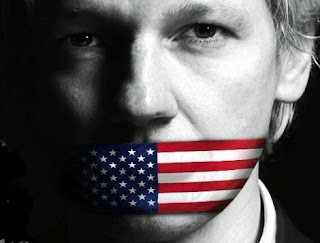 After five years of fighting to clear his name - having been smeared relentlessly yet charged with no crime - Assange is closer to justice and vindication, and perhaps freedom, than at any time since he was arrested and held in London under a European Extradition Warrant, itself now discredited by Parliament.
The U.N. Working Group bases its judgements on the European Convention on Human Rights and three other treaties that are binding on all its signatories. Both Britain and Sweden participated in the 16-month long U.N. investigation and submitted evidence and defended their position before the tribunal. It would fly contemptuously in the face of international law if they did not comply with the judgement and allow Assange to leave the refuge granted him by the Ecuadorean government in its London embassy.
Read more »
Posted by Angelo Agathangelou at 2:59 pm No comments: Links to this post

Max Keiser and Stacy Herbert get the popcorn and the potato chips out to discuss the symbolism of negative interest rates, yield curves and intraday oil price swings. In the second half, Max interviews Brenda Kelly, head analyst at London Capital Group, about negative interest rates, US durable goods orders and fraud booms.
Posted by Angelo Agathangelou at 12:55 pm No comments: Links to this post 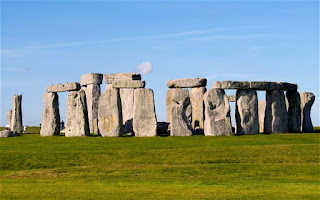 By Amanda Foreman: Nobody really knows why Stonehenge was built, or what it meant to the Neolithic Britons who congregated beneath. But that matters far less than the stupendous findings in Aubrey Hole 7, one of many burial pits around the stone circle.

Thanks to painstaking bone analysis by British archaeologists, it has been confirmed that Stonehenge wasn’t a refuge for fed-up male druids so they could hang out together without being bothered by the ladies. Women were there too – and what’s more, they enjoyed the same status as men. All those children’s history books showing a bunch of hairy men doing man-things around a fire are going to have to redo their artwork.
It is impossible to exaggerate the importance of the news that gender equality existed in Britain as late as the Third Millennium BC. It means that a thousand years after agriculture reached the islands, the sexes were still living and functioning together along egalitarian lines. It means that many of our modern notions about the primacy of men, about women being the second sex, and inequality being intrinsic to the human condition, are just dead wrong. We can move on to other battles. Thank the Lord.

By Dean Esmay: Those who remember the #GamerGate hashtag will remember how the media clearly, and undeniably, colluded to craft a narrative that “Gamers are dead” about video game players. A consumer revolt fought back, and proved that this was a corrupt, phony narrative created to protect powerful people. 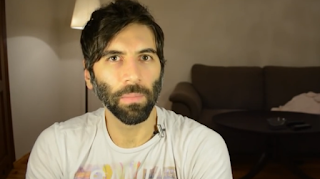 If you think this only happens in games media, you’re mistaken. Games media was just one little corner of the media universe where corrupt, colluding journalists craft lies about other people. It’s not just Men’s Rights Activists (MRAs) to which they do this, but they’ve certainly been doing it for years to us. We have never, however, seen quite such a coordinated media push in so many outlets to do this all at once.
The media has decided that confessed rapist RooshV is an MRA. He is not. He is a snake oil salesman peddling bad advice to confused men to pollute their bodies with dangerous barely-legal hormones and other dodgy supplements, along with equally bad advice on health, exercise, and women. He is not an MRA.

Read more »
Posted by Angelo Agathangelou at 8:54 am 2 comments: Links to this post

Welcome To The Recovery - 1 Out Of 7 Americans (45.5 Million) Remain On Food Stamps 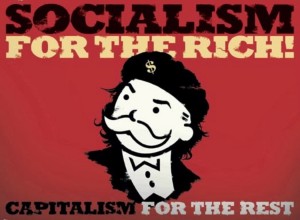 The following article from the New York Times is shameful in many ways. While the paper is forced to cover the undeniable fact that real wages for the lowest income Americans have plunged during the so-called “economic recovery” over the past six years, it fails to actually pin blame on the undemocratic, oligarch institution most responsible for this humanitarian crisis: The Federal Reserve.
Of course, I and many others have been saying this for years, but now more than half a decade into what is supposed to be a recovery, people are finally being forced to admit what this really is —  large scale theft.
In fact, Ben Bernanke and his crew of upward wealth distributing academics have pulled off the greatest wealth heist in American history. In its wake we have been left with a hollowed out, asset striped Banana Republic. Thanks for playin’ Main Street. Or more accurately, thanks for being played.
Read more »
Posted by Angelo Agathangelou at 5:19 am No comments: Links to this post

WHAT IS SOCIAL CONSTRUCTION?
Paul A. Boghossian: “Why this fear of knowledge? Whence the need to protect against its deliverances? Hacking writes of certain feminists, for example, who
…see objectivity and abstract truth as tools that have been used against them.
They remind us of the old refrain: women are subjective, men are objective. They argue that those very values, and the word objectivity, are a gigantic confidence trick. If any kind of objectivity is to be preserved, some argue, it must be one that strives for a multitude of standpoints.

Read more »
Posted by Angelo Agathangelou at 2:26 am No comments: Links to this post

Gilad Atzmon: In this NYC talk I suggest that Jewish dissent is, in practice, a controlled opposition apparatus. This talk will help you [Goyim] to connect the dots and to grasp your own responsibility.

Read more »
Posted by Angelo Agathangelou at 1:26 am No comments: Links to this post