By Douglas Galbi: According to her story, which dominates Roman history, Lucretia suffered rape from Sextus Tarquinius, the son of the king ruling Rome. Her story incited Roman men to war against the king of Rome and to establishing the Roman Republic. No one questioned Sextus Tarquinus about what happened between him and Lucretia. Lucretia gave no one the opportunity to question her. Among  authorities today, questioning Lucretia’s declaration of rape would be an outrage. That’s a form of tyranny that resonates with today’s campus sex tribunals and bitter disputes over immigrants and rape. While a republic can be founded without questioning, it will not endure without questioning. Uprooting the tyrannical authority of rape is necessary to provide the blessings of liberty for posterity.

The Roman historian Livy recorded Lucretia’s story of rape and her incitement of Roman men. Lucretia summoned her husband, her father, and their faithful friends:

They found Lucretia sitting in her room prostrate with grief. As they entered, she burst into tears. To her husband’s inquiry whether all was well, she replied, “No! what can be well with a woman when her honor is lost? Collatinus, the marks of a stranger are in your bed. But it is only my body that has been violated. My soul is pure. My death shall bear witness to that. But pledge me your solemn word that the adulterer shall not go unpunished.” [1]

By Douglas Galbi: How can one hope when Soviet-quality intellectual life has risen to dominance in free, democratic societies? How can one hope when thirty years of bitter discussion of abortion has largely ignored men and pretended that pregnancies magically appear in women who make momentous choices with no regard for anyone else? How can one hope when, amid extraordinarily extensive incarceration, political and intellectual leaders promote broad, punitive regulation of ordinary sexual interactions? In such circumstances, perceiving whimsy, but not hope, is a mistake. Throughout the Middle Ages, the life of the fictional Saint Pope Gregorius was a popular story.[1] Even more than in the 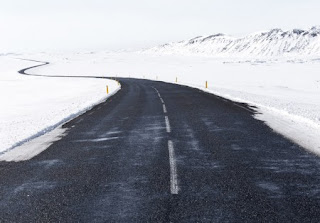 Middle Ages, Saint Pope Gregorius provides hope for our age.
Unlike Oedipus, Gregorius was the child of an incestuous union. The emperor had a son and a daughter. On his deathbed, the emperor instructed the son to provide the daughter with a noble and appropriate husband and to love her as himself. The son, who became emperor, instead had sex with his sister. He acted first against her will, but then their relationship “became more and more delightful” for them both.[2] The sister became pregnant. Her brother-husband went on a pilgrimage of penance to Jerusalem and died there. His sister-wife secretly gave birth to Gregorius back at home.

Read more »
Posted by Angelo Agathangelou at 6:57 pm No comments:

"I would not go into civil angineering for all the farms in Cuba as Bob Dylan once famously said. Not for love or money!" Karen Straughan
Read more »
Posted by Angelo Agathangelou at 5:36 pm No comments:

By August Løvenskiolds: Buoyed by their utterly failed quest to get people to stop calling them bossy, feminists have identified a new verbal microaggression – the word rabid, as in rabid feminist. Feminists took their rabid campaign to the citadels of the Oxford English Dictionary, where, after brief volley of illogic and butthurt, the lexicographers surrendered, as if English were somehow French.
The Washington Post, in their confused and slanted article on this tempest, implied actress Meryl Streep was a feminist (she identifies as a humanist and not feminist) and asserted that “rabid” gives “feminist” a negative connotation when in fact it is “feminist” that denigrates “rabid.”
Huffpo Canada noted that the OED eventually caved on the issue.
In fairness, the rabies vaccination I received in 1994 allows me to view these terms more objectively than any jejune WaPo or HuffPo reporter.
Youtuber Teal Deer (TL;DR) had a nice video summarizing the imbroglio but a rabid hater had it taken down. After some tweaks, TL;DR uploaded a more thorough version.


Read more »
Posted by Angelo Agathangelou at 1:08 pm No comments:

By Don Quijones:: This past week saw the ceremonious signing of the Trans-Pacific Partnership (TPP) in Auckland, an event whose prime purpose was to convince the world that a trade agreement that most people have not even heard of and which has so far been approved by only one (Malaysia) out of 12 elected parliaments is already done and dusted. 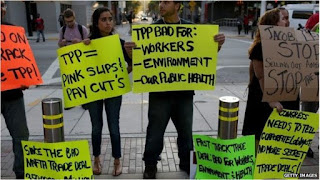 Even the Sidney Morning Herald concedes that it was a giant PR exercise:

It masks the fact that for Australia and most TPP countries, the public debate and parliamentary process to pass implementing legislation, leading to final ratification of the deal, is just the beginning, and it will be a rocky road.

The road will be particularly rocky in the U.S. where the treaty’s safe passage through Congress and the Senate is far from guaranteed. Indeed, the trade agreement has become so toxic with the voting public that not a single presidential contender dares to endorse it. Even the former US Trade Representative, and now Senator, Rob Portman, has come out against TPP, albeit for the wrong reasons, most tellingly the fact that he, too, is up for reelection this autumn.

Read more »
Posted by Angelo Agathangelou at 11:20 am No comments:

Are The US Payroll Jobs Reports Merely Propaganda Statements?

By Paul Craig Roberts: US economics statistics are so screwed up that they do not provide an accurate picture. Consider the latest monthly payroll jobs report. According to the report, in January 151,000 new jobs were created. Where are these jobs? According to the report, 69% of the new jobs are accounted for by retail employment and waitresses and bartenders. If we add in health care and social assistance, the entirely of the new jobs are accounted for. This is not the employment picture of a First World economy. 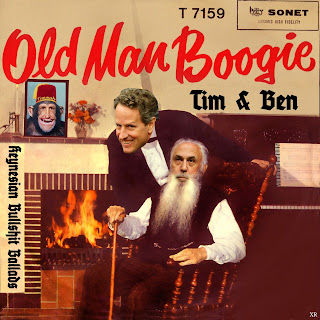 According to the report, in January the retail sector added 57,700 jobs. Considering that January is the month that followed a disappointing Christmas December, do you think retailers added 57,700 employees? Such a large increase in retail employment suggests an expected rise in sales, but transportation and warehousing lost 20,300 jobs and wholesale trade added only 8,800.
Perhaps it is mistaken to think that employment in these sectors should move together. Possibly the retail jobs, if they are real, are part-time jobs replacing a smaller number of terminated full-time jobs in order that employers can avoid benefits costs. If this is the case, then the retail jobs are bad news, not good news.

Read more »
Posted by Angelo Agathangelou at 5:51 am No comments:

A Couple Of Monkeys: ‘Lunatics’ v ‘Mass Murderers’ In US Pres Elex

Max Keiser and Stacy Herbert discuss the lunatics and mass murderers the citizens of a decaying empire inevitably choose to lead us not down the road to Rome, but to a volatile priced barrel of oil and a bad self-eating Apple. In the second half, Max continues his interview with Brenda Kelly, head analyst at London Capital Group, about oil prices, negative interest rates and the tapped out consumer unable to take advantage of either. They also discuss currency wars.
Posted by Angelo Agathangelou at 2:40 am No comments: 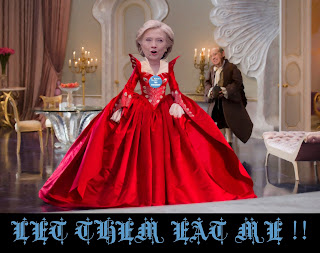 In its endorsement of Hillary, the New York Times editorial board did such a sloppy job I can’t help but think it may have done permanent damage to its brand. Upon reading it, my initial conclusion was that the editorial board was either suffering from Stockholm syndrome or merely concerned about losing advertising revenues should they endorse Sanders. Then I thought some more and I realized my initial conclusions were wrong. Something else is going on here, something far more subtle, subconscious and illuminating. The New York Times is defending the establishment candidate simply because the New York Times is the establishment.
One of the biggest trends of the post financial crisis period has been a plunge in the American public’s perception of the country’s powerful institutions. The establishment often admits this reality with a mixture of bewilderment and erroneous conclusions, ultimately settling on the idea people are upset because “Washington can’t get anything done.” However, nothing could be further from the truth. When it comes to corruption and serving big monied interests, both Congress and the President are very, very good at getting things done.

Read more »
Posted by Angelo Agathangelou at 1:35 am No comments: