Mark Pearson, a London based artist, was found not guilty on Friday of sexual assault by a court in London. According to anonymous sources, the alleged victim in the case claimed that a year ago that she was assaulted by a man in London's Waterloo Station who shoved his hand down her knickers and forced three fingers up her vagina. She was unable to name her assailant but he was arrested based on CCTV footage.
Aside from the obvious, that such an action would pose great logistical difficulty, it is also reported to us that the CCTV footage shows Pearson passing by the alleged victim “without breaking stride.”

Trust And The Female Network

"What possible reason can there be for a man to trust any of you? I think it's no." johntheother. For female supporters of the MHRM.
Read more »
Posted by Angelo Agathangelou at 9:49 pm No comments: Links to this post 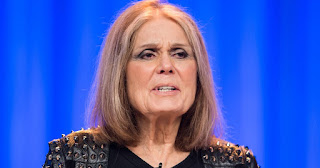 By Michael Krieger: When people get desperate, they do desperate things, and Hillary Clinton supporters are very, very desperate.
Indeed, it’s now become clear the Hillary support team understands it can’t win the argument with the American people on the issues, so it’s focusing all of its energy into guilting women to superficially supporting her simply based on gender.
Just yesterday, I highlighted how that tactic is offensively playing itself out on the campaign trail in the post: Clinton PANIC – Madeleine Albright Says “There’s a Special Place in Hell for Women Who Don’t Help Each Other”. If you missed that post, check it out, it’s a must read.
Moving along, just when you thought Clinton supporters couldn’t get any more condescending, feminist icon Gloria Steinem went ahead and made the following insulting and sexist comment about young American women on television:


“They’re going to get more radical as they get older,”

Read more »
Posted by Angelo Agathangelou at 7:23 pm No comments: Links to this post

The Daily Mash: The Institute for Studies found that staying at home with children and not driving a stylish city-car produced a smaller carbon footprint than rushing around in a natty suit while using a mobile phone to arrange marketing strategies. 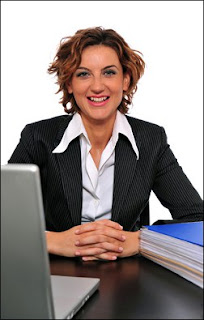 [Career woman, left: worse than Bibi the Baby butcher of Gaza]
Professor Henry Brubaker said: "Woman who know their place are on average 40% less carboniferous than women who think they are just as good as me.
"In fact, I would suggest that Islamic dictatorships who forbid women to drive on pain of stoning will one day be seen as the heroes of the ecological movement."
Professor Brubaker said the emissions caused by decent women were sustainable, including Friday night sex with a low energy light on, though more work was needed to control the pollution caused by the baking of delicious pies.
And he stressed that women had a crucial role to play in the fight against global warming, adding: "Let's not forget that men can only save the planet if we have a clean shirt and a decent breakfast."
But chippy feminist Nikki Hollis criticised the report, adding: "It is every woman's right to drive a Freelander and fly to New York for business shopping.

Read more »
Posted by Angelo Agathangelou at 5:13 pm No comments: Links to this post

Men Wounded On Chest In War, Beaten On Back At Home

By Douglas Galbi: While men’s “toxic masculinity” is exploited to have them do difficult, dangerous missions as soldiers, when men return home from war they can be imprisoned for doing nothing more than having consensual sex. Contemptuous devaluation of men’s lives is as deeply rooted as gynocentric society. Achieving social justice for men is so difficult that few have even dared to discuss it. Take the risk. Act with masculine bravery on behalf of men.
For those willing to listen, voices of ordinary men serving their societies tell of men’s hardships. 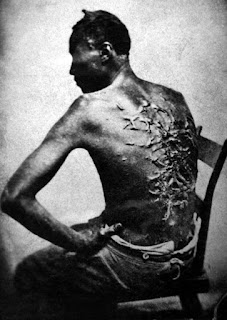 Consider the story of a Roman soldier more than two millennia ago:

A certain old man threw himself into the forum with the signs of all his woes. His clothes were covered in filth. The state of his body, eaten away with pallor and emaciation, was more foul. He was recognized nevertheless, despite the hideousness of his appearance. Word went round that he had commanded companies. Other military honors were openly ascribed to him by the compassionate bystanders. The man himself displayed the scars on his chest that bore testimony to his honorable service in various battles. They asked the reason for his condition and his squalor.

Read more »
Posted by Angelo Agathangelou at 9:49 am No comments: Links to this post

Jian Ghomeshi: The Collusion To Destroy His Life

Lucy DeCoutere is not the face of victims she is the face of false accusers. Everyone wants to know how they got fooled. Feminism LOL

"Hey Sandman, what do you think of the recent USA Today article about Bernie Sanders being popular among your millennial women? Do women in general have some sort of disturbed fetish for socialism?

Read more »
Posted by Angelo Agathangelou at 4:58 am No comments: Links to this post