"Are you done crying, ready for change?" Max Keiser and Stacy Herbert discuss the reason that Americans are so angry and the role played by former President Bill Clinton on creating the conditions for their anger. In the second half, Max talks to Ellen Brown, author of “Web of Debt,” about the populist revolution, from Zio-Shill Bernie and beyond, and about the citadel being breached as Congress taps the Fed for infrastructure spend.
Posted by Angelo Agathangelou at 10:01 pm No comments: Links to this post

British Police Officers Will No Longer Automatically Believe Sex Abuse Claims From The Off, Says Met Chief As He Battles To Defend His Reputation Over Lord Bramall

By Mike Buchanan [J4MB]: In 2014 I wrote an article on how Sir Bernard Hogan-Howe, Metropolitan Police Commissioner, was following feminist guidance on how to deal with sexual offence cases. 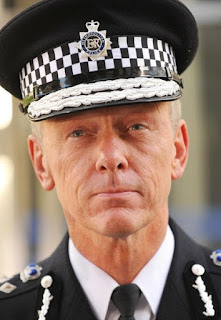 We all know how that’s worked out, including the recent case of a a 51-year-old man charged with raping a 60-something actress in the middle of a busy London train station, with CCTV cameras all around. CCTV footage showed the two of them walking in opposite directions, and the man not breaking his stride. He was holding onto a shoulder bag with one hand, and a newspaper with the other. There is no evidence the two of them even touched physically. These are all trifling irrelevances for a feminist-minded prosecutor, obviously.
The start of the article:


Police officers must be ‘good investigators’ when presented with allegations of sexual abuse and not simply believe them, the Met Commissioner has said.

Read more »
Posted by Angelo Agathangelou at 6:14 pm No comments: Links to this post

Twitter has recruited a feminist who thinks "everything is racist" and that criticizing feminism is hate speech to police its content. Paul Joseph Watson
Posted by Angelo Agathangelou at 5:07 pm No comments: Links to this post

Bernie Sanders And The Question Of Palestine

By Rania Khalek: At a March 1988 news conference endorsing Jesse Jackson’s candidacy for president, Bernie Sanders blasted Israel’s brutal treatment of Palestinian protesters as “an absolute disgrace.”
“The sight of Israeli soldiers breaking the arms and legs of Arabs is reprehensible. The idea of Israel closing down towns and sealing them off is unacceptable,” the then mayor of Burlington, Vermont, said to a gaggle of reporters.
Sanders was referring to the television images that shocked the world in those early months of the first intifada, of Israeli soldiers methodically breaking the limbs of Palestinian youths on the orders of then defense minister Yitzhak Rabin.


Read more »
Posted by Angelo Agathangelou at 3:55 pm No comments: Links to this post

By Martin Daubney: “The law is a ass – a idiot,” declared Mr Bumble in Charles Dicken's classic novel Oliver Twist, which was released 178 years ago to the month.

Read more »
Posted by Angelo Agathangelou at 5:52 am No comments: Links to this post 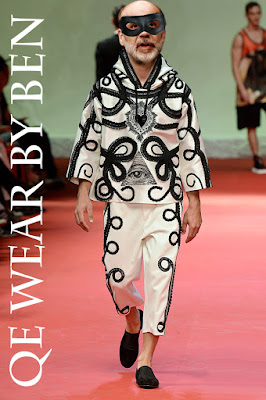 By Don Quijones: Terrorists are no longer public enemy number one. Nor are drug lords, people traffickers, arms dealers, cyber terrorists, or any other unsavory do-badder. Today, the biggest threat to global peace and security is physical cash, a means of exchange that has flourished for over 4,000 years but which now stands accused of being the world’s biggest enabler of criminality.

The latest person to publicly highlight the deadly threat posed by cash is Peter Sands, the former CEO of the British bank Standard Chartered, who just published a report for Harvard Kennedy School of Government imploring central banks around the world to stop issuing high-denomination notes and bills. They include the €500 note, the $100 bill, the CHF1,000 note and the £50 note.
“Such notes are the preferred payment mechanism of those pursuing illicit activities, given the anonymity and lack of transaction record they offer, and the relative ease with which they can be transported and moved,”