Israel Is On the Brink Of A Tyranny Of The Majority 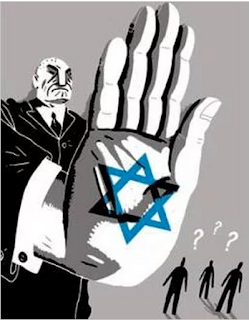 By discrediting and disenfranchising Palestinian parliament members, Israel’s democracy is being exposed as a facade

By Jonathan Cook: February 25, 2016 "Information Clearing House" - Benjamin Netanyahu’s government in Tel Aviv is drafting legislation that ought to resolve in observers’ minds the question of whether Israel is the democracy it proudly claims to be. The bill empowers a three-quarters majority of the Israeli parliament to oust a sitting MP.

It breathes new life into the phrase “tyranny of the majority”. But in this case, the majority will be Jewish MPs oppressing their Palestinian colleagues.

Mr Netanyahu has presented the bill as a necessary response to the recent actions of three MPs from the Balad faction of the Joint List, a coalition of parties representing the often-overlooked fifth of Israel’s citizens who are Palestinian.
Read more »
Posted by Angelo Agathangelou at 11:34 pm No comments: Links to this post

Assange explains how Zionist shill Washington coerces the world and keeps its citizens under a blanket of deception and disinformation.
Afshin Rattansi with the world's most wanted publisher - the founder of WikiLeaks, Julian Assange. He has just co-authored a book - the WikiLeaks Files, and it paints a picture of systemic US torture and killing as well as the destruction of the lives and livelihoods of billions of people right around the world.
Posted by Angelo Agathangelou at 12:17 pm No comments: Links to this post

Drunk Sex: A Treatise In Three Parts - Part One

"Drunk sex, a lot of feminists are now saying, is rape.  Laci Green for example said if she's too drunk to drive she is too drunk to consent, but this concept has a large number of pitfalls and flaws you have to work through if you're gonna turn it from a general principal to an actual enforceable law or a very social convention." Said Josh O'Brien.
Posted by Angelo Agathangelou at 8:15 am No comments: Links to this post 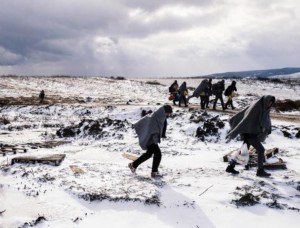 Although everyone watching has been convinced that Europe’s disastrous economy and related debt crisis would be the spark to unravel the European Union project, it appears history has its own plans.
While EU technocrats have demonstrated an uncanny ability to scheme, threaten, kick the can and lie their way around the debt crisis, the migrant crisis will prove to be a much graver threat to the project. Strikingly, all it took was a few weeks of unrelenting migrants crossing into EU borders to put an end what is essentially the only achievement of the European Union - the Schengen system of borderless travel.
Without that, what is the EU really? A collection of nation-states forced by bureaucrats to pretend they are part of an artificial fantasy superstate called Europe? An amalgamation of debt serfs and technocratic overlords? See what I’m getting at?

Preparing Our Kids For The Future - The Dissident Dad

inexpedient. The objections which have been brought against a standing army, and they are many and weighty, and deserve to prevail, may also at last be brought against a standing government. The standing army is only an arm of the standing government. The government itself, which is only the mode which the people have chosen to execute their will, is equally liable to be abused and perverted before the people can act through it.
– Henry David Thoreau, Civil Disobedience
The Dissident Dad: I don’t think we can stand around any longer and just send our kids off to school and hope it will all work out. Globalization and tremendous advancements in technology have led to fundamental changes, which in my opinion, have left traditional public schooling in the dark ages.
Assembly line education is simply not working out for young people any longer, and ironically, many of these kids are so ignorant they actually think their problem is that they need even more “education.”

Queen's University student's thoughts on gender as a social construct. What are your thoughts?

Read more »
Posted by Angelo Agathangelou at 4:03 am No comments: Links to this post 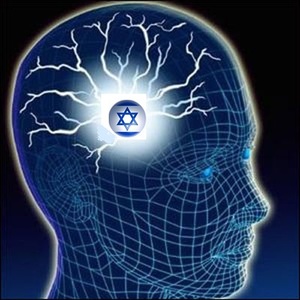 The Daily Mail reports: Jewish teacher who claimed he was attacked by ISIS jihadists is arrested by French police who allege he LIED about the assault
The teacher, who worked at the Yavne Jewish school in the southern city, claimed two knives were used to slash him in the arms, legs and stomach.
However, there were no independent witnesses, and forensic examinations later suggested Saadoun had caused the knifes lashes himself.
After a three month investigation, police have now decided to charge him with lying to police and disrupting an inquiry.

'A growing manifestation of kosher psychosis.'
Read more »
Posted by Angelo Agathangelou at 2:14 am No comments: Links to this post