By Gary Costanza: Rabbi Avrohom “Romi” Cohn has been placed on the “Known Genital Mutilators” directory at neonatalcutting.org.
From the website American Board of Ritual Circumcision we see that Rabbi Cohn is “Executive Chairman of the American Board of Certified Mohelim.”

“As one of world Jewry’s most experienced mohelim, Avrohom “Romi” Cohn has performed more than 25000 circumcisions, on babies and adults in New York City, nationally and internationally. With his vast knowledge and experience, Cohn has trained dozens of mohelim and serves as the director of the American Board of Ritual Circumcision.”
As society slowly evolves toward sanity, Rabbi Cohn and people like him are increasingly facing opposition. He’s in the news for defending the sometimes deadly practice of sucking the blood from the infant’s mutilated penis. See the story here.
From the homepage:
Making sure your child’s in the best of hands. 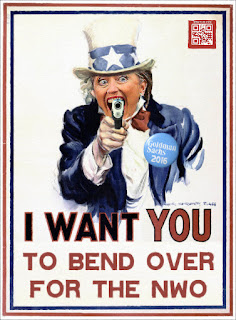 By Paul Craig Roberts: Washington has a long history of massacring people, for example, the destruction of the Plains Indians by the Union war criminals Sherman and Sheridan and the atomic bombs dropped on Japanese civilian populations, but Washington has progressed from periodic massacres to fulltime massacring. From the Clinton regime forward, massacre of civilians has become a defining characteristic of the United States of America.
Washington is responsible for the destruction of Yugoslavia and Serbia, Afghanistan, Iraq, Libya, Somalia, and part of Syria. Washington has enabled Saudi Arabia’s attack on Yemen, Ukraine’s attack on its former Russian provinces, and Israel’s destruction of Palestine and the Palestinian people.
The American state’s murderous rampage through the Middle East and North Africa was enabled by the Europeans who provided diplomatic and military cover for Washington’s crimes. Today the Europeans are suffering the consequences as they are over-run by millions of refugees from Washington’s wars. The German women who are raped by the refugees can blame their chancellor, a Washington puppet, for enabling the carnage from which refugees flee to Europe.

Posted by Angelo Agathangelou at 7:28 pm No comments: Links to this post

By Simon Black: Just stunning. German newspaper Der Spiegel reported yesterday that the Bavarian Banking Association has recommended that its member banks start stockpiling PHYSICAL CASH.
Europe, of course, has been battling with negative interest rates for quite some time. 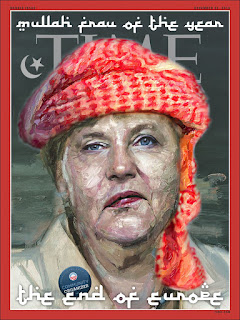 What this means is that commercial banks are being charged interest for holding wholesale deposits at the European Central Bank.
In order to generate artificial economic growth, the ECB wants banks to make as many loans as possible, no matter how stupid or idiotic.
They believe that economic growth is simply a function of loans. The more money that’s loaned out, the more the economy will grow.
This is the sort of theory that works really well in an economic textbook. But it doesn’t work so well in a history textbook.
Cheap money encourages risky behavior. It gives banks an incentive to give ‘no money down’ loans to homeless people with no employment history.
It creates bubbles (like the housing bubble from 10 years ago), and ultimately, financial panics (like the banking crisis from 8 years ago).

Read more »
Posted by Angelo Agathangelou at 5:40 pm No comments: Links to this post

The internet has spawned subtle forms of influence that can flip elections and manipulate everything we say, think and do.

By Robert Epstein: Over the past century, more than a few great writers have expressed concern about humanity’s future. In The Iron Heel (1908), the American writer Jack London pictured a world in which a handful of wealthy corporate titans – the ‘oligarchs’ – kept the masses at bay with a brutal combination of rewards and punishments. Much of humanity lived in virtual slavery, while the fortunate ones were bought off with decent wages that allowed them to live comfortably – but without any real control over their lives.
In We (1924), the brilliant Russian writer Yevgeny Zamyatin, anticipating the excesses of the emerging Soviet Union, envisioned a world in which people were kept in check through pervasive monitoring. The walls of their homes were made of clear glass, so everything they did could be observed. They were allowed to lower their shades an hour a day to have sex, but both the rendezvous time and the lover had to be registered first with the state.
In Brave New World (1932), the British author Aldous Huxley pictured a near-perfect society in which unhappiness and aggression had been engineered out of humanity through a combination of genetic engineering and psychological conditioning.
Read more »
Posted by Angelo Agathangelou at 10:39 am No comments: Links to this post

‘Plan B’ - Not An Enigma: Why The West Is Keen On Dividing The Arabs

By Ramzy Baroud: March 03, 2016 "Information Clearing House" - When Arab streets exploded with fury, from Tunis to Sanaa, pan-Arabism seemed, then, like a nominal notion. Neither did the so-called ‘Jasmine Revolution’ use slogans that affirmed its Arab identity, nor did angry Egyptian youth raise the banner proclaiming Arab unity atop the high buildings adjacent to Tahrir Square. 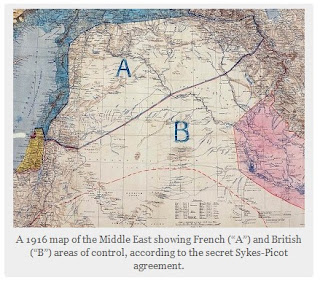 Oddly, the Arabism of the ‘Arab Spring’ was almost as if a result of convenience. It was politically convenient for western governments to stereotype Arab nations as if they are exact duplicates of one another, and that national sentiments, identities, expectations and popular revolts are all rooted in the same past and correspond with a precise reality in the present. Thus, many in the west expected that the fall of Zine El Abidine Ben Ali of Tunisia, especially since it was followed by the abdication of Hosni Mubarak of Egypt, would lead to a domino effect. “Who’s next?’ was a pretentious question that many asked, some with no understanding of the region and its complexity.
Read more »
Posted by Angelo Agathangelou at 3:39 am No comments: Links to this post

The Honey Badgers and special guests Theryn Meyer and Blaire White delve into the abyss of TRANSMISOGYNY....
Posted by Angelo Agathangelou at 2:36 am No comments: Links to this post