Will Ruth Sunderland EVER Engage With The Evidence Showing That Appointing More Women Onto Corporate Boards Leads To Financial Decline?

By Mike Buchanan: Ruth Sunderland [right] is a business journalist with the Daily Mail. In June 2014 our associated organization Campaign for Merit in Business 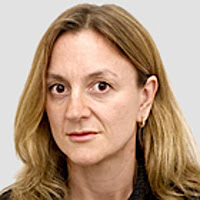 – C4MB – posted a blog piece critiquing her article on the financial returns in 2013 of FTSE100 and FTSE350 companies with female chief executives, here. An extract:

So, just one of the four female FTSE100 CEOs performed more strongly than the average male FTSE100 CEO in 2013. The article’s downplaying of female failure is breathtaking:
‘Cynthia Carroll left the top position at mining giant Anglo American earlier this year after disappointing investors and has been replaced by a man.’
‘Disappointing investors’? They lost their shirts. In the course of Cynthia Carroll’s five-year tenure at Anglo American £9 BILLION was wiped off the company’s value. The following is a link to our piece on the matter, along with further information on the performances of other female CEOs:
http://c4mb.wordpress.com/2013/02/04/womens-performances-as-ceos-of-major-companies/

At Super Bowl 50 human rights activist Brother K was interviewed by Sebastian of the Woody Show. Bonobo3D
Posted by Angelo Agathangelou at 8:32 pm No comments:

Men’s And Boys’ Issues In Westminster And Whitehall: Why The Silence?

By Mike Buchanan: The next talk hosted by The Gender Equity Network will be given by Mark Brooks, Chair of the ManKind Initiative, 31 March, University College, London.

UCL: This Gender Equity Network lecture will review how men and boys’ issues are, in general, addressed neither by Westminster politicians nor ‘Whitehall’ organisations. A comparison is made with how women and girls’ issues are routinely considered at all levels of government. The presenter is Mark Brooks, former Parliamentary Candidate and councillor, and currently Chair of the ManKind Initiative and member of the International Men’s Day UK team.

Read more »
Posted by Angelo Agathangelou at 7:02 pm No comments:

US Police Pushing For Weaponised Drones: "What Could Go Wrong?"

Claire Bernish of TheAntiMedia.org discusses her latest article, "So It Begins: American Police Start Pushing to Weaponize Domestic Drones." We discuss the pending legislation and the legislative precedent for this type of armed police drone and how these regulations are likely to be standardized across the US and around the world.
Posted by Angelo Agathangelou at 4:56 pm No comments:

What will they offer men in the name of equality? I think we know the answer to that... Raging Golden Eagle

Read more »
Posted by Angelo Agathangelou at 12:53 pm No comments:

@Thunderf00t, Feminism Is Not Secular

"Although it uses the language, feminism is not a secular movement. ...In reality the Suffragettes and early activists were all spiritualists. ...The first wave feminists and the pre-first wave feminists were all mystics... The spiritualist belief is that masculinity and femininity are the two yin and yang of the human spirit and the femininity is enlightened and kind and evolved and nurturing and lovely whilst masculinity is brutal and atavistic and predatory and mechanistic and that it is the primitive one." johntheother

Read more »
Posted by Angelo Agathangelou at 6:49 am No comments:

JSIL The Terrorist Jewish State Of Israel In The Levant Regime - The Month In Pictures: February 2016 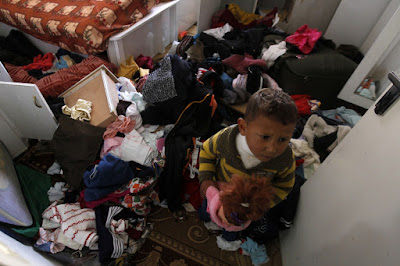 A Palestinian child stands in a home raided by the Israeli army during a search-and-arrest operation in the West Bank city of Hebron on 29 February. Wisam Hashlamoun APA images
At least 17 Palestinians were killed, including seven children, during the month of February and three Israelis were slain as an unprecedented phase of violence in the occupied West Bank that began last October showed no signs of ebbing.
Most Palestinians were slain during what Israel alleges were attacks or attempted attacks, mainly targeting occupation forces. But in several cases, no Israelis were injured during the alleged attacks in which Palestinians - including children Qusay Abu al-Rub, Nihad Waqed, Fuad Waqed, Naim Ahmad Yousif Safi and Mahmoud Shaalan - were shot dead.
Read more »
Posted by Angelo Agathangelou at 5:21 am No comments:

Authored by Eric Zuesse: Peter Ford, who was the UK’s Ambassador in Syria during 2003-2006, was asked by the BBC in their “The Big Questions” interview on February 14th, whether the current Syrian President Bashar al-Assad would have to be a part of the solution in that country after the war is over, and Ambassador Ford said: “I think sadly, but inevitably, he is. Realistically, Assad is not going to be overthrown. This becomes more clear with every day that passes. Western analysts have been indulging in wishful thinking for 5 years; it’s time to get real, we owe it to the Syrian people to be much more realistic and hard headed about this. The West has to stop propping up the so-called ‘moderate opposition’, which is not moderate at all.”

Read more »
Posted by Angelo Agathangelou at 3:05 am No comments: