Introduction by Paul Craig Roberts: Fukushima Meltdown Continues To Irradiate The World Wiping Out Species And Raising Cancer Rates
Remember, they tell us that nuclear power is safe. Even some environmentalists have fallen for the story that nuclear energy is green.
If one nuclear power plant can do such damage, imagine what the result would be from nuclear war. The neoconservatives’ resurrection of distrust between the major nuclear powers is the ultimate in irresponsibility. 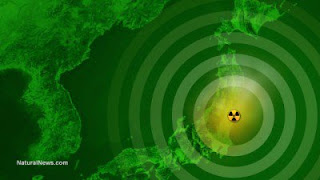 By Deirdre Fulton: The environmental impacts of the 2011 Fukushima Daiichi nuclear disaster are already becoming apparent, according to a new analysis from Greenpeace Japan, and for humans and other living things in the region, there is “no end in sight” to the ecological fallout.
The report warns that these impacts—which include mutations in trees, DNA-damaged worms, and radiation-contaminated mountain watersheds—will last “decades to centuries.” The conclusion is culled from a large body of independent scientific research on impacted areas in the Fukushima region, as well as investigations by Greenpeace radiation specialists over the past five years.

By Douglas Galbi: The vastly gender-disproportionate imprisonment of men is one of the cruelest gender injustices in the world today. That injustice attracts much less public concern than gender ratios among Chief Executive Officers and other elites. Almost everyone apparently believes in trickle-down gender justice. But don’t be deceived by today’s public insanity. The medieval nobleman and knight Sir Geoffrey de La Tour Landry instructed through his own example that men should refuse to become intimately involved with women who joke about imprisoning men. 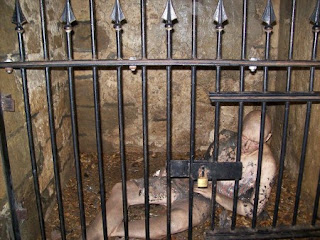 In fourteenth-century France, the young, wealthy and well-connected Sir Geoffrey was considering marriage to a noblewoman. Geoffrey’s father took him to see the woman. Geoffrey explained how he tested her:

I looked at her and talked with her about many things in order to know her behavior better, and we started speaking about prisoners. I said to her, “Damsel, I would rather be your prisoner than anyone else’s, and I think that your prison wouldn’t be as hard or as cruel as the prison of the Englishmen.”

Feminism LOL: False allegations are a lot easier to make than people would have you believe.

“Citizens should not be put under general suspicion.” 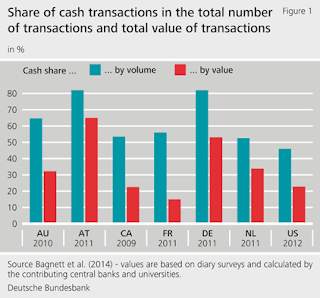 By Don Quijones: There are two sides in the global war against cash. On one side are many of the world’s governments, central banks, fintech firms, banks, credit card companies, telecommunication behemoths, financial institutions, large retailers, etc. According to them, the days of physical currency are numbered, so why not pull the plug already, beginning with the largest denomination bills such as the $100-note and particularly the €500-note?
On the other side are people who like to use cash – most of whom, according to the dominant official narrative, are either criminals or terrorists. After all, they must have something to hide; otherwise, why would they use a private, untraceable (not to mention archaic, dirty, dangerous and unhygienic) form of payment like cash?
The powers that want to kill off cash already have vital technological and generational trends firmly on their side, along with widespread public ignorance, apathy, and disinterest. But in recent weeks the unlikeliest of defenders of physical money has emerged: the national central bank of Europe’s biggest economy, the German Bundesbank.

Men Have Biological Clocks Too

By Jacoba Urist: Male infertility clinics are filled with fertile men. At least, that’s what they tell themselves.
So found Cambridge University sociologist Liberty Walther Barnes who set out in 2007 to study male infertility. Barnes spent more than 100 hours tracking urologists and infertility experts in five U.S. male fertility clinics, observing daily interactions with patients and interviewing reproductive endocrinologists, embryologists, nurses, genetic counselors, and psychologists. Barnes also followed 24 heterosexual married couples diagnosed with male infertility due to low or zero sperm counts. To her surprise, despite trying to impregnate their wives for more than a year and visiting a male infertility clinic, more than half of the men did not consider themselves infertile. 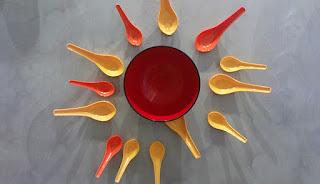 Where, she wanted to know, are all the infertile men?
And so for the next six years, Barnes tried to unpack the gender assumptions that influence male perceptions about fertility, infertility treatment decision-making, and the medical community’s reaction to infertile men. The result, Conceiving Masculinity: Male Infertility, Medicine, and Identity will be published in May 2014, and reconsiders two major gender myths that Barnes argues pervade the $3 billion dollar fertility industry and ultimately do a disservice to both infertile men and women.
The first stereotype, she says, is that women will do anything to get pregnant. The second is that men will avoid infertility treatment at any cost. 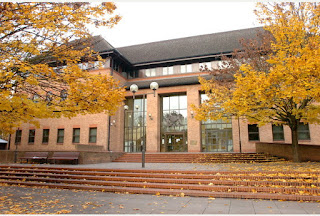 Via J4MB: A care home manager walked free from court after stealing more than £20,000 from three vulnerable residents – and had to pay back only £1. Lisa McIntyre, 41, siphoned off the money by using residents’ online bank accounts and used it to pay for a holiday to America and gambling sprees. She pleaded guilty at Derby Crown Court in 2014 to three counts of fraud and was handed a nine-month sentence, suspended for two years. She had stolen the money from vulnerable residents at Annefield House, in Littleover, a care home which looks after elderly people as well as those with mental health issues. But a judge ordered her to pay back only £1 as she was in debt and had no assets.

Read more »
Posted by Angelo Agathangelou at 9:50 am No comments: Links to this post

Commentary by Dr. Patrick Slattery: The anti-white racist Jewish “academic” Noel Ignatiev has made a career of inflammatory slandering of a white race he clearly does not see himself as being part of.
When you hear Jews in academia, the media, and political activism claim the existence of white privilege and white evil. you must realize that this is not self-criticism or introspection, but an attack on people of European ancestry by a tribe that not only does not see itself as European, but holds a deep historical grudge against Europeans. While it is often useful for them to be seen as “white” by their audience, the truth is that they do not actually identify as white, but as Jewish.

By Douglas Galbi: When the game of chess was invented, probably in India about 1500 years ago, all the pieces on the board were masculine. Chess originally reflected the horrible reality of war structured as men’s violence against men. In the modern game of chess, the queen is the most powerful piece on the chessboard. 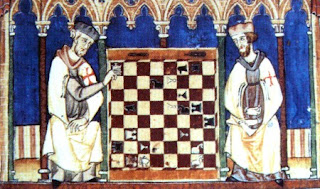 The queen’s rise to dominance in chess reflects the general historical pattern of men’s symbolic displacement, mythic effacement of reality, and intensifying gynocentrism. In that context, Gratien Dupont created his Controverses that challenge gynocentric oppression with transgressive brilliance.
In early Indian and Persian forms, chess was an exercise modeled on war. The Indian form in the early sixth century was called chaturanga. That meant “four branches {of the military}”: infantry, cavalry, elephantry, and chariotry.

Read more »
Posted by Angelo Agathangelou at 3:43 am No comments: Links to this post 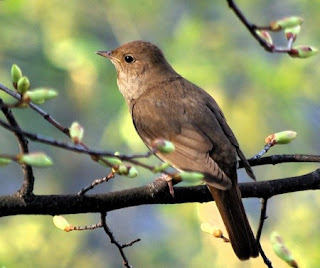 By Douglas Galbi: Given their sexually distinctive risk of being cuckolded and lack of social concern about cuckoldry, men throughout history have tended to be jealous of their wives’ attention. Yet just as performance anxiety tends to undermine performance, jealousy tends to undermine love. Women prefer strong, confident men within social systems that systematically devalues men’s lives. Men’s lack of self-confidence in love helps to create the allure of the nightingale’s song.
Consider the medieval story of a rich, old knight married to a beautiful, young woman. Next to that couple lived a poor, young knight married to a wealthy, old woman.[1] The younger spouses began a love affair. The old knight noticed only that his wife wasn’t remaining in bed with him at night. She would get up and listen at the window for a long time to the song of a nightingale.[2]
The old knight became jealous of the nightingale. He didn’t understand why his bird wasn’t more alluring than a nightingale.[3] Arming himself with his bow and arrow, the knight went out in the morning and shot the nightingale. Then he cut out the nightingale’s heart and gave that severed organ to his wife. The symbolism is clear: the husband was a victim of castration culture.

Read more »
Posted by Angelo Agathangelou at 1:38 am No comments: Links to this post

Max and Stacy discuss central banksters trying to perform monetary miracles whilst chained to the ground by a stubbornly real economy. In the second half Max interviews Sandeep Jaitly of FeketeResearch.com about the fact that the unusual negative gold forward rates (gofo) had, in fact, signaled the dark ages of negative interest rates - something all thought impossible at the time gofo was warning us otherwise.
Posted by Angelo Agathangelou at 12:14 am No comments: Links to this post