RT: Serbia’s president has praised Russian efforts in fighting terrorists in Syria, saying that if Moscow hadn’t intervened, the Middle Eastern country would have ceased to exist as a sovereign state. The statement comes in stark contrast to NATO’s assessment of the situation. 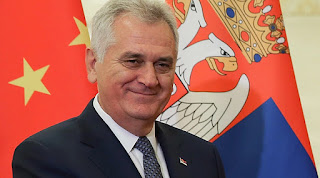 Tomislav Nikolic emphasized the need for Russian military involvement in Syria, stating that “If it [Russia] didn’t intervene, Syria would be a country of the so-called Islamic State [IS, ISIS/ISIL],” in an interview with TASS on Tuesday.
The Serbian leader was quoted as saying that the Russian military is essential to protecting peace in Syria and countering the jihadist threat, which might spread globally and affect other countries, including Russia, if not contained at this stage.
“Russia should be in the military aspect involved in the protection of Syria at the request from Syria, as it would mean protection from terrorism, and it is much better to be protected from it in Syria than in Russia,” he added, pointing out that the strategy employed by the Russian government is in fact akin to that of the US, which on numerous occasions has used its forces to fight terror overseas.
Commenting on the breakthrough ceasefire deal brokered by Russia and the US, he called it “a very encouraging sign” and urged both parties to curb Turkey’s posture in the region, which he said was “the master” while “staying in the shadow.”

Read more »
Posted by Angelo Agathangelou at 10:07 pm No comments:

"There's never been any [US] recovery from the downturn. They produce the illusion of recovery by under measuring inflation so when they deflate the nominal gross domestic product with an understated measure of inflation they can show a little bit of positive growth, but if you actually measure inflation the way US government traditionally measured it there's been no growth whatsoever since the downturn and they also create the illusion with the way they don't measure unemployment, they don't count discouraged workers, those who have given up looking for work because there are no jobs to be found." Said Paul Craig Roberts.
Posted by Angelo Agathangelou at 6:54 pm No comments:

Nobody Knows the Identity of the 150 People Killed by The U.S.A. in Somalia, but Most Are Certain They Deserved It 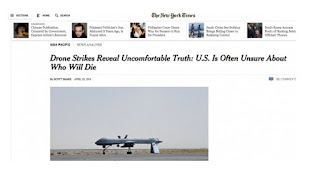 By Glenn Greenwald: The U.S. used drones and manned aircraft yesterday to drop bombs and missiles on Somalia, ending the lives of at least 150 people. As it virtually always does, the Obama administration instantly claimed that the people killed were “terrorists” and militants — members of the Somali group al Shabaab — but provided no evidence to support that assertion. Nonetheless, most U.S. media reports contained nothing more than quotes from U.S. officials about what happened, conveyed uncritically and with no skepticism of their accuracy: The dead “fighters … were assembled for what American officials believe was a graduation ceremony and prelude to an imminent attack against American troops,” pronounced the New York Times. So, the official story goes, The Terrorists were that very moment “graduating” — receiving their Terrorist degrees — and about to attack U.S. troops when the U.S. killed them. With that boilerplate set of claims in place, huge numbers of people today who have absolutely no idea who was killed are certain that they all deserved it.
Read more »
Posted by Angelo Agathangelou at 5:25 pm No comments:

Professor Fiamengo discusses the modus operandi used by feminists to silence or destroy their critics. The example of Sage Gerard, who endured years of organized persecution at the hands of faculty at Kennesaw State University in Georgia, is used as a case study.

If This Is What Corbyn’s Labour Is, Who Needs Tories?

On 5 May 2016, Londoners will select their next mayor. Their choice is between Zac Goldsmith, a Jewish millionaire married to a Rothschild and Sadiq Khan, a spineless Sabbos Goy. 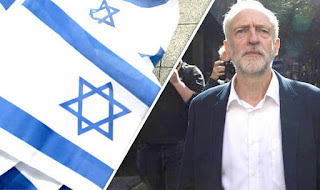 By Gilad Atzmon: The Ultra Zionist Jewish Chronicle (JC) revealed yesterday that Mr. Sadiq Khan who in the past made repeated calls on ministers to impose sanctions on Israel, has finally changed his spots. In an obvious attempt to appease Britain’s Jews, Khan told the JC that after studying the evidence he now believes that: “the evidence clearly shows that boycott, sanctions and divestment against Israel do not help us achieve peace – we must not turn our face against Israel.”
I’ve been reporting on Jeremy Corbyn’s shameless capitulation to the Jewish Lobby. The long time campaigner for Palestine has, in just a few weeks, been reduced into a sad Zionist puppet whose position on Israel has descended into a copy of a Likud pamphlet.
Labour’s shameless groveling knows no end. We learn this morning that Corbyn’s party has expelled Gerry Downing, a far left activist whose views on Zionism don’t fit with the new kosher party line.
Downing, a marginal Trotskyite, wrote in his blog that Isis is “not agreeing with what they were doing," adding: "I don't support the politics of Isis, they are vile barbarians. But I don't support American imperialist bombing either.”

Read more »
Posted by Angelo Agathangelou at 3:13 pm No comments:

Karen Straughan - Comment I'm responding to: “There is DISCRIMINATION against men but there is no systematic sexism. I'm no feminazi I'm just an individual that understands that nothing occurs in a vaccum and one must consider the history and wide-spread systems of power which cater towards men. If you don't understand these concepts then there is no hope for you.” 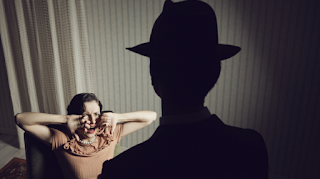 By Christine Damon: In a February 10, 2016, Guardian article by UK Metropolitan Police Commissioner Bernard Hogan-Howe entitled Suspected Sex Offenders Have Rights That The Police Must Respect he acknowledges that the police have been acting on the presumption that all sexual assault and abuse allegations are truthful, and therefore, all accused are guilty until proven innocent. This practice has led to high-profile rape cases that ended up being false accusations, done tremendous damage to both the falsely accused and the confidence in the Metropolitan police force.
Hogan-Howe re-evaluating this approach offers “a good investigator would test the accuracy of the allegations and the evidence with an open mind, supporting the complainant through the process. This is a more neutral way to begin than saying we should  believe victims, and better describes our impartial mindset.” Scotland Yard is now conducting an inquiry into how to better handle abuse allegations. One can only hope that the US will start to re-evaluate its approach to sexual assault allegations.
The You Have Options program started in Ashland, OR, is the Metropolitan police force’s approach on steroids. This program is “victim-centered” and gives the accuser unprecedented control over the process.

Read more »
Posted by Angelo Agathangelou at 10:48 am No comments: