AIPAC Is Coming To Town

The annual grovel begins next week
By Philip Giraldi: I am reluctant to write two weeks in a row about Israel’s malignant influence over the United States but as the American Israel Public Affairs Committee (AIPAC) is meeting in Washington for its annual Summit beginning next Sunday some commentary would seem desirable. AIPAC’s website claims that its “…mission is to strengthen, protect and promote the U.S.-Israel relationship in ways that enhance the security of Israel and the United States. 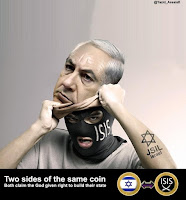 Our staff and citizen activists educate decision makers about the bonds that unite the United States and Israel and how it is in America’s best interest to help ensure that Israel is safe, strong and secure.”
That is, of course, a self-serving bit of nonsense. U.S. national security would be best enhanced by telling Israeli Prime Minister Benjamin Netanyahu to take a hike and never come back. AIPAC is a political pressure group, not an educational foundation, which is purely a pretext exploited to secure it tax exemption. It uses every means, fair and foul, to influence and even intimidate the U.S. government and media to maintain the fiction that Israel is somehow America’s “best friend” and “closest ally” even though it is neither. Its objective is to maintain the flow of U.S. dollars from the U.S. Treasury while keeping the firewall of political protection in place to insulate Israeli politicians from the consequences of their own actions.

"There is a gender wage gap!
Men at Apple are paid 36% less than women for the same work."  CS MGTOW

Max and Stacy discuss fanatical central bankers doubling down on a failed policy after forgetting their original aim, while BS-vending talking heads create the conditions ripe for an overthrow of the establishment. In the second half, Max interviews Satyajit Das, author of Extreme Money and A Banquet of Consequences. They discuss the hot potato of negative rates making it almost impossible to default and embedded pundits calling for negative rates while simultaneously banning cash.
Posted by Angelo Agathangelou at 9:33 pm No comments: Links to this post

Gilad Atzmon: For years many of us have been waiting for a ‘true’ Left leader just to find out that Jeremy Corbyn is a total disgrace.  The hero of Palestine solidarity surrendered  to The Lobby in a matter of weeks. Now we learn that the coward removed criticism of EU from his web site.

By Robert Stevens: In an extraordinary act of self-censorship, UK Labour Party leader Jeremy Corbyn has deleted hundreds of articles and speeches, spanning decades, from his web site. A video archive of his speeches was also removed. The earliest article remaining on the site is now dated June 8, 2015.
The archive included Corbyn’s record on numerous topics he had addressed as an MP for 33 years. But the main reason for the deletions is to conceal his previous opposition to the European Union (EU), so as not to politically embarrass the Labour Party, which supports the UK remaining part of the EU in the upcoming June 23 referendum on membership.

Read more »
Posted by Angelo Agathangelou at 8:29 pm No comments: Links to this post

By Robert Brockway: Manspreading is defined by the Oxford Dictionary as:

The practice whereby a man, especially one travelling on public transport, adopts a sitting position with his legs wide apart, in such a way as to encroach on an adjacent seat or seats. 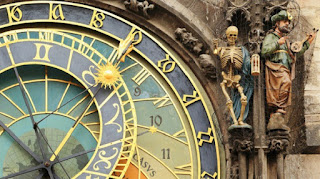 The earliest known reference to the term is apparently from an October 2014 article in AM New York which referred to man spread. The term would later be popularised as man spreading. Prior to the development of the term significant discussion occurred online following the launch of the Tumbler blogs Men Taking Up Too Much Space, One Bro Two Seats and Saving Room For Cats.
Mainstream news sites such as New York Magazine have described manspreading as a microagression. The Telegraph, the Globe and Mail and many other sources suggest this is a mainstream idea within feminism.
The term manspreading is an attempt to shame men for being men. The Independent in the UK recognises this, as does the New York Post.
As Breitbart indicates men have been arrested for manspreading in the last couple of years.

Talk given by Rick Bradford at UCL on 25th February 2016.
UK government statistics show that for the same crime, men are more likely to be imprisoned than women and more likely to receive longer sentences. These and other criminal justice phenomena will be explored in this free lecture by Rick Bradford, better known as Will Collins in his highly respected blogs on mra-uk.
Posted by Angelo Agathangelou at 12:46 pm No comments: Links to this post

US Drone Protester Framed And Imprisoned

In the US it is not war criminals, torturers, and government officials who illegally and unconstitutionally spy without warrants who are imprisoned. It is drone protesters. - Dr. Paul Craig Roberts.
*** 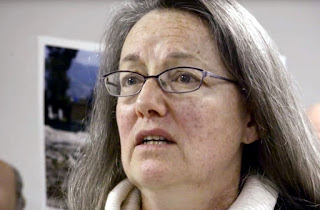 By Bill Moyers: Fifty-nine-year-old Mary Anne Grady Flores will serve six months for photographing a protest of an airfield in upstate New York where drone pilots are trained and from where missions are carried out.
Mary Anne Grady Flores is in jail today and American citizens everywhere can surely breathe a sigh of relief that we are safe from her criminal behavior at least for the next six months.
That’s the length of the sentence this 59-year-old peace activist in upstate New York began on Tuesday — one day after the United States honored Dr. Martin Luther King, Jr., for his commitment to nonviolent civil disobedience. If he were here today, the martyred Dr. King would surely be shaking his head that America still has a problem with peaceful dissenters of conscience.

Professor Tony Martin On The Jewish Role In The Slave Trade

By Gilad Atzmon: We often hear about Jewish involvement in the Civil Rights Movement.  According to some Jewish scholars, 75% of Martin Luther King's finances were paid by Jewish sources. Some insist that many of Martin Luther King's speeches were actually written Stanley Levison. According to Professor Tony Martin, this may explain MLK’s attitude to anti-Semitism as reflected in his last book.
Jewish history has a black side to it that is not flattering. Dr. Martin has reached the conclusion that Jews dominated the slave trade. The black American academic has also speculated that Jewish and Zionist support for the Civil Rights movement was driven by Jewish self interest. This suggestion made Professor Martin the subject of an orchestrated Jewish onslaught led by the ADL, AJC and Jewish student unions. In the following video Professor Martin speaks about his studies and the abuses that he has endured for articulating his ideas.


Read more »
Posted by Angelo Agathangelou at 3:24 am No comments: Links to this post

“Overpopulation” And The Zionist Funding Of World War III

By Peter Koenig: "Wars are horrible. The only good thing about wars is that they help reduce the world population.”
These are the words flung in my face not too long ago, by a person I thought was close to me. I was in shock and asked what do you mean?
“Well, don’t you think the world is over-populated?”
– I couldn’t believe that these were the thoughts of somebody I had respected. 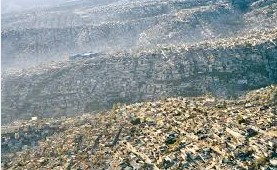 They may well be the thoughts of common people in my close vicinity. By opening my eyes to a dimension I ignored until then – the secret thoughts and dreams of people, maybe of the masses began revealing themselves; thoughts that are expressed only in an ambiance of familiarity, or perhaps when ‘under the influence’, when often the inner-most truths come to the fore.

Over-population is a western ego-centric phantasy. Western Comfort is afraid of having to share some of their excesses with the poor under-humans of so-called developing countries in Asia, Africa and Latin America – the slowly emerging Continents that have been raped for hundreds of years by precisely the same western colonialists which today claim over-population and wage war around the world in a new form of colonialism.
Read more »
Posted by Angelo Agathangelou at 12:46 am No comments: Links to this post