By Greg Hunter: Former Assistant Treasury Secretary in the Reagan Administration, Dr. Paul Craig Roberts, contends it is no accident why bankers do not get jail time for constantly committing fraud by stealing documents and committing fraudulent, criminal insider trading and market manipulations. Dr. Roberts explains, “Look at Edward Snowden and Julian Assange.  They claim they stole documents, and we are determined to destroy them.  One of them is hiding out in Russia, and one of them is hiding out in the Ecuadorian embassy in London. 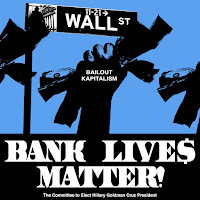 This again shows the immunity of the banks.  They are not held accountable because they are in control.  Who controls the Fed?  Who controls the Treasury?  Where do all the Treasury Secretaries come from?  They come from the big New York banks.  Look at the financial regulatory agencies that are supposed to be regulating the banks.  They are filled with executives from the banks.  The banks control the government. There isn’t a government, there’s the banks. . . . We have the entire economic policy in the United States concentrating on saving five banks.  We had 10 million people who lost their homes, and nothing was done for them, but five banks are saved.”

Read more »
Posted by Angelo Agathangelou at 8:06 pm No comments:

ARISE AS ONE + TRUE STORIES

Joshua - Arise As One. Produced by '91Beats.
This one is in solidarity. For all those holding and building the vision beyond Babylon. For all those at the sharp end of colonialism 2016, migrants, mothers, sisters, black and brown bodies, Tiocfaidh ár lá. GlobalFaction

Read more »
Posted by Angelo Agathangelou at 5:53 pm No comments:

"Dark times for women indeed. The baby mills were runnin day and night and between the fornicatin, impregnatin, gestatin and lactatin, why there was barely time for those poor creatures to even get dinner on the table for a man who owned them like the chattels they were under the law." Karen Straughan.

johntheother: What do they really beleive? That Lucy didn't lie? Nonsense, of course they know she lied. They believe facts, evidence and truth are inferior to just "knowing" because vagina, and magic, and unicorn farts.

Read more »
Posted by Angelo Agathangelou at 2:59 pm No comments:

Anne Of France & Lessons For Daughters In History Of Anti-Meninism 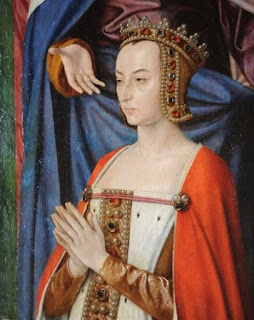 By Author Douglas Galbi: Anne of France, who came to be known as “Madame La Grande,” was the oldest and favorite daughter of King Louis XI. Just before his death, he appointed her and her husband regent of the succeeding King Charles VIII, her younger brother. Anne dominated both her husband and her younger brother. As regent for King Charles, she was effectively ruler of France from 1483 to 1491. When King Charles begin ruling France himself, Anne then shifted to ruling her husband’s Duchy of Bourbon. She was a very powerful and highly privileged woman.[1]
Anne of France provided lessons not just for her daughter, but for all women. She taught the values and morals of a strong, independent woman with enormous political ambition:

Conscious always of her royal heritage, having served as virtual king of France for eight years, and in a moment when she faced her own mortality, Anne of France looked to her royal forebears when she decided to set down her own life-lessons for her daughter.

Read more »
Posted by Angelo Agathangelou at 10:07 am No comments:

Top Journalist Admits: We All Lie For The CIA

Anyone so gullible as to think the Western media tells the truth should listen to this German journalist.
By Arjun Walia: Recently, Dr. Ulfakatte went on public television stating that he was forced to publish the works of intelligence agents under his own name, also adding that noncompliance with these orders would result in him losing his job. 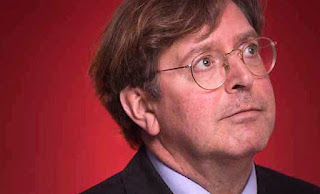 He recently made an appearance on RT news to share these facts:


I’ve been a journalist for about 25 years, and I was educated to lie, to betray, and not to tell the truth to the public.
But seeing right now within the last months how the German and American media tries to bring war to the people in Europe, to bring war to Russia — this is a point of no return and I’m going to stand up and say it is not right what I have done in the past, to manipulate people, to make propaganda against Russia, and it is not right what my colleagues do and have done in the past because they are bribed to betray the people, not only in Germany, all over Europe.

It’s important to keep in mind that Dr. Ulfakatte is not the only person making these claims;

Conservative backbencher Philip Davies has accused politicians of indulging in "politically correct nonsense" for saying that women are treated more unfairly than men in sentencing policies.

Read more »
Posted by Angelo Agathangelou at 4:33 am No comments:

With Castrated Father, Perceval Taught To Be Woman-Pleaser 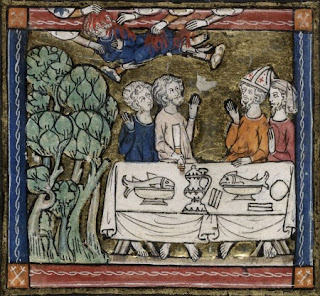 By Author Douglas Galbi: The myth of the Holy Grail became central to European culture mainly through Chrétien de Troyes’s late-twelfth-century French romance Perceval, The Story of the Grail. Perceval’s father was castrated and his two older brothers killed in violence against men. Perceval’s mother taught Percival to be, like the fatherless knight Boucicaut, a woman-server. Do you want to know the wisdom of the Archpriest of Talavera? Ask! Generations of students have been taught to remain silent. To discover the Holy Grail is to break the spell of gynocentrism.[1]
In the traditional understanding of chivalry, a good knight focused on performing at night in bed with his wife. Perceval’s mother, reflecting deeply rooted medieval anti-meninism, valued her husband for his skills in violence against men.

Read more »
Posted by Angelo Agathangelou at 2:56 am No comments: