27 March 2016
Dear Professor Dame Sally C Davies
Annual Report – “Health of the 49%: Men”
We welcome your 2014 Annual Report published in December 2015 entitled “Health of the 51%: Women” and its gendered approach to health.
We fully support the contents of the letter of 6 January 2016 issued by the Chief Executive of the Men’s Health Forum. We agree with the range of issues raised by the Men’s Health Forum within their letter.
We are writing to express our disappointment that you were unable to agree to Mr Tod’s reasonable proposal to take a similar approach in your 2015 Annual Report to raise awareness about health issues that particularly or predominantly affect men. We were also disappointed that you were unable to give any clear commitment, including naming a particular year, to producing any such Annual Report in the future.
A “Health of the 49%: Men” report would have the merits both of demonstrating consistency in your approach as well as directing professional focus to the many health issues that affect not only men but their families and wider community.

By Gilad Atzmon: Hillary Clinton and Donald Trump should watch this video and learn from this spineless British gentleman so they can improve their act before the next AIPAC gathering.
Posted by Angelo Agathangelou at 8:10 pm No comments: Links to this post

Women's Studies Must Be Eliminated

StudioBrule: Professor Fiamengo makes the bold claim that it is time to eliminate the Women's Studies department at every university. Academia is a place for academics and Women's Studies is an ideological movement not a legitimate academic pursuit.

Omar Accomplished His Job, Omar Is Free To Go 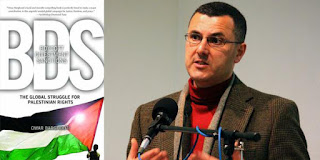 By Gilad Atzmon: "The Nigger accomplished his job, the Nigger is free to go,*” is a common racist Israeli adage.  This is how the Israeli elite now treats Omar Barghouti. It is appalling, but not unusual.
Israeli Interior Minister Aryeh Deri told Ynet yesterday;  “Omar Barghouti uses rights given to him by Israel to act against it around the world.”
Deri was one of four government ministers to participate in an afternoon question and answer at an anti-BDS conference in Jerusalem.
By law, Palestinians cannot return to Palestine. But Omar Barghouti accomplished the impossible.  “Omar Barghouti,” Deri said, “was born in Qatar and received resident status in 1994 after marrying an Israeli woman from Acre and claiming his life is in Israel.”
It seems Barghouti enjoyed liberties other Palestinians and even Israeli citizens can only dream of.

By Robert Brockway: The World Food Program (WFP) is a branch of the United Nations. It ostensibly exists to distribute food to those in need to address hunger and food security. Their mandate would suggest that they would be compelled by the UN and the world community to distribute food in a non-discriminatory way – but this is not so. The WFP routinely discriminates in the manner in which it distributes food. The WFP is so proud of this they announce it its website. Even many MRAs may be shocked to discover that the WFP only distributes food to women:

“It is our methodology to distribute only to women to ensure that food gets to women and children in Haiti,” she said. “Every time we have not had adequate security escorts, we have had riots at food sites.”

The news article headline on the WFP website proudly announces that they prioritize food distribution to women, but the text of the article makes it clear that only women will have food distributed to them. The kindest possible interpretation of the headline is that staff at the WFP don’t understand the meaning of the world ‘prioritize’ since this is clearly not consistent with the text of the news article.

Why MGM [Soft Name Circumcision] Is The Same As FGM

Peter Lloyd AKA The Suffragent MailOnline journalist and 'Stand by Your Manhood' author Peter Lloyd explains why boy ritual genital mutilation MGM aka circumcision is the same violation as FGM - despite feminist assertions to the contrary.
Posted by Angelo Agathangelou at 11:06 am No comments: Links to this post 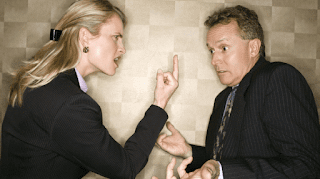 By andybob: Tim Patten has written a sharp rebuke to those radicalized lesbian feminists (RLFs) who have continued to infect the discourse on gender politics with, what are essentially, manifestations of their vitriolic self-loathing and rationalizations for their own dangerously maladjusted psyches. He has done so without generalizing about lesbians or drawing rash conclusions about them and their place in the world. That is quite an achievement.
In many ways, RLFs have been protected by the deranged extremism of their actions and words. It ‘s hard to take anyone who parades their genitalia as a form of politicized performance art seriously. Sometimes I wonder if choral scream-singing lamentations about God only knows what is just a clever ruse to misguide bemused onlookers into thinking that RLFs are nothing more than a bunch of shrill but harmless crazies who couldn’t possibly organize themselves into a well-connected entity that wields any real power and influence.
That’s certainly what their NAFALT enablers want people to think, but they know better – and so do MHRAs. Readers are already very familiar with the bilious anti-male bigotry of Bindle and Jeffreys and have long been aware of the immense power and influence they wield.

Read more »
Posted by Angelo Agathangelou at 10:00 am No comments: Links to this post

By Michael Krieger: Earlier today, I published a post titled Americans Have Been Turned Into Peasants – It’s Time to Fight Back. In the hours since, I came across an article in the Washington Post which offers some additional details and graphics on the subject. 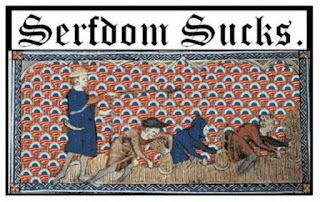 Here are a few excerpts from the piece titled, 2015 Was a Terrible Year for the Common Working Man:


By at least one measure, inequality among working men has grown for decades. But, in 2015, it accelerated: The wage gap among men saw its largest single-year increase on record.
Top earners — men who made more than 95 percent of their peers — saw wages last year rise by 9.9 percent, according to an analysis of federal data. Men in the middle — with earnings higher than half their peers — saw a much-smaller 2.6 percent increase.

Read more »
Posted by Angelo Agathangelou at 7:13 am No comments: Links to this post