Telling The Truth About AIPAC, Jewish Political Lobbying And The Fate Of The West

Roshan Muhammed Salih,  Hafsa Kara Mustapha and Gilad Atzmon
Last week prominent US politicians grovelled at the feet of the Zionist lobby in the United States - the American Israel Public Affairs Committee or AIPAC. During the AIPAC conference US leaders voiced their undying loyalty to Israel and their opposition to Israel's enemies - such as Iran, Hamas and Hezbollah.
Posted by Angelo Agathangelou at 9:55 pm No comments: Links to this post

By Paul Craig Roberts: It was ten years ago that the London Review of Books published an article on the Israel Lobby by John J. Mearsheimer and Stephen M. Walt, distinguished scholars at two of America’s top universities. The following year the publisher, Farrar, Straus and Giroux found the courage to publish The Israel Lobby, a book with 357 overwhelmingly 5 star amazon.com reviews.
The Israel Lobby is an understated critique of the enomous influence that the tiny state of Israel, which consists of land stolen by fire and sword from the helpless Palestinians, exercises over United States foreign policy. The crazed Israel Lobby went berserk. Mearsheimer and Walt were demonized as anti-semetics who wanted to bring back Hitler.
Also in 2006 former President Jimmy Carter’s book, Peace Not Apartheid, was published by Simon & Schuster and became a New York Times bestseller with 846 overwhelmingly 5 star amazon.com reviews. Carter, who as US president did his best to bring Israel and Palestine to a settlement, truthrully explained that Israel was the barrier to a settlement. The Israel Lobby demonized Carter as an anti-semite, and the Jews on the board of the Carter Center resigned.

When fear becomes collective, when anger becomes collective, it’s extremely dangerous. It is overwhelming… The mass media and the military-industrial complex create a prison for us, so we continue to think, see, and act in the same way… We need the courage to express ourselves even when the majority is going in the opposite direction… because a change of direction can happen only when there is a collective awakening… Therefore, it is very important to say, ‘I am here!’ to those who share the same kind of insight.

By Michael Krieger: Oliver Stone has penned a powerful and emotional takedown of Hillary Clinton, focusing on her insane neocon foreign policy chops in a piece published in the Huffington Post titled, Why I’m for Bernie Sanders.
What follows are just a few paragraphs, I suggest reading the entire thing:
We’re going to war — either hybrid in nature to break the Russian state back to its 1990s subordination, or a hot war (which will destroy our country). Our citizens should know this, but they don’t because our media is dumbed down in its “Pravda”-like support for our “respectable,” highly aggressive government.

Read more »
Posted by Angelo Agathangelou at 5:09 pm No comments: Links to this post

By Kathy Gyngell: Over promoted, over confident and, disastrously, all over the political front bench, David Cameron’s fast-tracked trio of Tory females, namely Mss Rudd, Morgan and Soubry, have been making a bad case for female board level quotas this last week. 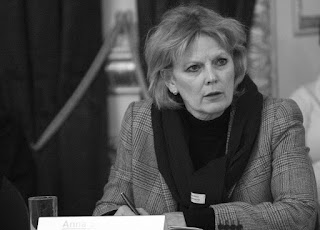 I’ve listened in half amusement and half disbelief to their respective Project Fear threats.
First came Amber Rudd’s car crash interview with Today's Justin Webb over her claim that Brexit would lead to massive rises in energy prices. Despite, or perhaps because of, her abysmal ignorance and apparent failure to master her brief (did she have one?), she resorted to what has become her standard boss, bully and patronise mode. Her uselessness as the government’s telly spokesman on energy seems not to have occurred her – or her boss.
It begs the question of whether she’s up to her task at hand as Energy Secretary and, if not, exactly what she is there for? Her gender and her guaranteed compliance to her boss, I expect.
Then we had the PM’s next acolyte to do her master’s bidding - the witless, platitudinous Nicky Morgan and her asinine threat that leaving the EU will risk a “lost generation becoming a reality” – as though, as Rob Slane points out, the EU has not made that come true already.

Read more »
Posted by Angelo Agathangelou at 3:03 pm No comments: Links to this post

Siamak Alimi: Why don't the authorities take action against these schools despite knowing of their existence?
Posted by Angelo Agathangelou at 12:19 pm No comments: Links to this post

Some reasons some men hate MGTOW. Alexander MGTOW says."We [MGTOW] are basically calling them the frauds that they are, because these one dimensional men have really nothing to offer not just to women, but to anybody. These men cannot even be friends to other men, because they would throw any good friend under the bus, even their own family members, because darling said so. Behind the facade of the noble chivalrous man, there's actually no real character, because real character means sometimes saying no, in standing up for principals and yes that includes women and even your girlfriend or your wife and if she's just not getting along with them then there is the door, thanks and goodbye."
Posted by Angelo Agathangelou at 10:24 am No comments: Links to this post

Mike Buchanan: Our congratulations to Martin Daubney on a good performance on a recent 'Daily Politics'. As always with BBC pieces relating to victims of DV, whether male or female, the interviewer - Jo Coburn in this case - was female. Andrew Neil does nothing more than mutter an inconsequential remark or two at the end, while the female Labour MP does little more than talk about female victims, and Women's Aid.

CS MGTOW. "Today I am going to be showing you a demonstration of magic by the celebrated professor Daphna Joel from Tel Aviv University. During her recent discussion Daphna literally does the impossible and that is to make neurological sex differences disappear, sometimes with the illusion of obfuscation, sometimes with outright lies and sometimes by leaving out important studies, which do not support her position.

Read more »
Posted by Angelo Agathangelou at 5:53 am No comments: Links to this post

The following is a snapshot of andybob's thoughts
on the subject of female entitlement.
By andybob: According to that ‘Dear Daddy’ video, men are even responsible when their daughters are victims of male violence because they failed to speak up in response to that sexist joke someone told in some locker room when they were fifteen years old. 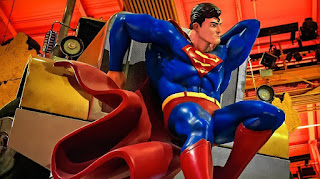 Feminist dogma insists that men are responsible for everything that happens in the world because, apparently, we run it. Therefore, if men wanted rape to stop, then we would make it stop because the Patriarchy, to which we all belong, has the power to do that kind of thing.
This is the central tenet of feminist ideology and explains why it is a cult of female victimhood. What isn’t so easily explained is why so many women buy into a concept that is so obviously absurd.

* * *
All men are assumed to be Supermen: all-seeing, all-knowing, all-powerful entities who exert control over everything. This is how most women, at least sub-consciously, perceive men. It is where the contempt for vulnerable men comes from. “What’s wrong with you? You’re supposed to be Superman like every other man.” It also explains their glee when they see one of these alleged superheroes come a cropper.

Read more »
Posted by Angelo Agathangelou at 4:34 am No comments: Links to this post

On Being A Misogynist

johntheother: Has Marie Henein betrayed women? only if we think women are so depraved and weak that the truth is their enemy. I'm not against women, nor am I simply for men. I am on the side of objective truth, and unbiased justice. The accusation of misogyny is a slur against women.

Read more »
Posted by Angelo Agathangelou at 3:19 am No comments: Links to this post