Ray Moore Lost His Job For Telling The Truth

My old mate and one-time tennis partner is right in what he says about professional tennis
By Taki Theodoracopulos: My old friend and one-time doubles partner Ray Moore has stepped down as chief executive of the Indian Wells Tennis Tournament for telling the truth. As Rod Liddle wrote in these here pages a couple of weeks ago, ‘There is nothing more damaging to a career than telling an unfortunate truth.’ 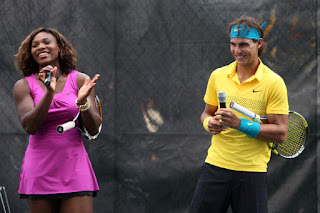 Ray Moore was a very good South African tennis player and is a very nice guy. He once partnered me to a final in a major tournament and we have stayed friends for 40 years and more. The man who owns the Indian Wells tournament, multi-billionaire Larry Ellison, is a pretty disgusting individual, who among many other horrors has also managed to ruin the America’s Cup by introducing ugly, mosquito-like high tech catamarans as likely to be sailed by the average person as one is to swim up Niagara Falls.
All poor Ray did was to say that women tennis players have ridden on the coattails of the men. Judging by the reaction — especially by the egregious New York Times — he might as well have said that male tennis players are better than the women. Moore apologised immediately following his outburst, but he was a goner. 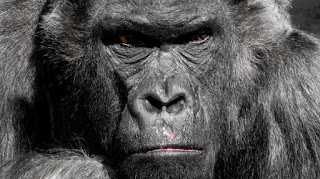 By Maxx: People within the MRM and beyond like to toss around the terms Alpha and Beta. I think the ways in which these terms get typically thrown around are misguided and potentially harmful and deterministic. Anything ‘manly’ from fighting to sex with women to making money to building muscle to learning to be a good husband and father, whatever ‘alpha’ means to you it can be achieved through hard-work. Don’t let anyone tell you different. Nothing is a birthright, for anyone. It’s ALL LEARNED and LEARNABLE.
The great myth of the universe is the idea that it isn’t; that you are assigned the role of a ‘winner’ (alpha) or the role of a ‘loser’ (beta) at birth.
The majority of professional combat sports champions the world over were victims of bullying at some point during their formative years. Many of them (like Mike Tyson) are patrons of anti-bullying charities and organizations exactly because of that. Let that idea swirl around in your head for a moment. How does that reality sit alongside the idea that our place in the pecking order and our status as a man is ‘fixed’ rather than mobile and something we can proactively assert agency of and decisive influence over? The only ONLY thing any man is stuck with is his height. Everything else can be changed through an assertive, proactive application. Also known as “taking the bull by the horns:”

Ceara McCord: Here's the REAL video for today. Another bunch of drivel from Sarkee who seems to have taken the phrase "grasping at straws" to a whole new level.

"New predictions for the future of earth and its people. Donald Trump to be swindled out of being a candidate at the republican convention, Hillary Clinton to become the first female president of USA and the biggest warmonger ever, a nuclear dirty bomb to be set off in the Middle East justifying Jewish Saudi American fascist rule over the Middle East for ever, no one will be allowed to leave the war zone, millions of people will be forced to stay where they are and die from war famine and drought, we will watch them on TV and pretend it had nothing to do with us." Deek Jackson
Posted by Angelo Agathangelou at 11:22 am No comments: Links to this post

Karen Straughan: Is "gender" an unnecessary and illegitimate word? Not necessarily...

Read more »
Posted by Angelo Agathangelou at 8:03 am No comments: Links to this post

How They Brainwash Us

By Paul Craig Roberts: Anyone who pays attention to American “news” can see how “news” is used to control our perceptions in order to ensure public acceptance of the Oligarchy’s agendas.
For example, Bernie Sanders just won six of seven primaries, in some cases by as much as 70 and 82 percent of the vote, but Sanders’ victories went largely unreported. The reason is obvious. The Oligarchy doesn’t want any sign of Sanders gaining momentum that could threaten Hillary’s lead for the Democratic nomination. Here is FAIR’s take on the media’s ignoring of Sanders’ victories: http://fair.org/home/as-sanders-surges-cable-news-runs-prison-reality-show-jesus-documentary/ 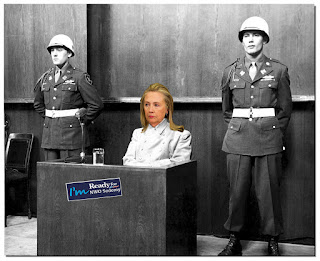 We can observe the same media non-performance in the foreign affairs arena. The Syrian army aided by the Russian air force just liberated Palmyra from ISIS troops that Washington sent to overthrow the Syrian government. Although pretending to be fighting ISIS, Washington and London are silent about this victory on what is supposed to be a common front against the terror group.

Max and Stacy discuss "crappified crapitalism" the fools in charge making things more complex as small print and Byzantine paperwork mire people and systems in ‘gotcha’-style debt traps. In the second half, Max continues his talk with Michael Betancourt about his new book, The Critique of Digital Capitalism. Michael suggests we are evolving into our pocket calculators as the submerged costs of social networks bite. They also discuss ‘the aura of information’ - everything can become data; once it becomes information, it can become a tool; but that fantasy implodes when we start having to take account of physical costs.

Some Cultures Are Better Than Others

“Raping Boys is bad, Sucking baby’s penises is bad!”
Paul Joseph Watson.
Posted by Angelo Agathangelou at 12:03 am No comments: Links to this post