Is The 'Jewish Symptom' Hereditary?

By Gilad Atzmon: As you no doubt realise, yours truly is not a biologist or a genetic expert and is not qualified to address this question.

However, an examination of the above question from a Jewish cultural perspective leads to some fascinating observations.
Jews frequently delight in associating themselves with Jewish brilliance: with the likes of Albert Einstein or Steven Spielberg. Naturally, Jews are much less enthusiastic about any association with people such as uber-criminal Bernie Madoff or serial paedophile Jeffrey Epstein. Jewish tribalhood is an elastic concept.  Many Jews cling to biological determinism in the inheritance of Jewish talents but forcefully reject any biological cause in reference to any unsavory traits. Jewish folklore is wildly inconsistent in its biologist attitude toward the so called ‘Jewish traits.’
A few years ago,  American comedian Larry David produced a sophisticated and fascinating deconstruction of ‘Jewish biologism.’  In the fifth season of his TV Series, ‘Curb Your Enthusiasm,’ (2005) David tackles the subject of organ donation. Voluntarily presenting himself as the ultimate American eccentric and egotistical Jew, David is confronted with a serious dilemma. His best friend Richard Lewis (another Jewish comedian) suffers acute kidney failure.


And let not women’s weapons, water-drops,
Stain my man’s cheeks! …
No, I’ll not weep.
I have full cause of weeping, but this heart
Shall break into a hundred thousand flaws
Or ere I’ll weep. [1] 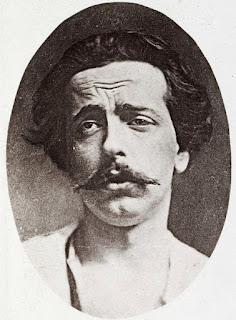 Rapidly a storm blew up. Within its devastating effects, Lear remained defiant:


Blow, winds,and crack your cheeks. Rage, blow.
You cataracts and hurricanoes, spout
Till you have drenched our steeples, drowned the cocks.
You sulph’rous and thought-executing fires,
Vaunt-couriers of oak-cleaving thunderbolts,
Singe my white head. And thou, all-shaking thunder,
Strike flat the thick rotundity o’ th’ world.

Read more »
Posted by Angelo Agathangelou at 4:47 pm 2 comments: Links to this post

Intersectional Feminism: What is it?

If you have wondered why there are so many millennials on campus telling people to check their privilege, demanding trigger warnings, calling people out for micro aggressions, and retreating to safe spaces, the Factual Feminist has the answer: Intersectional feminism. 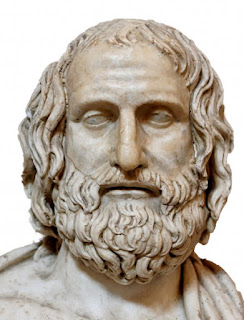 By Author Douglas Galbi: Euripides was an eminent and prolific fifth-century Athenian tragic playwright. Long after he was buried, he was accused of hating women. Those accusations were largely invented from fanciful readings of his plays. Euripides actually was a conventional elite man who ultimately bowed to the dominant interests of gynocentric society.
According to an ancient biographer, Euripides spent his days alone in a cave by the sea. In short, he spent time in a man cave. That’s normal, healthful, and important to men. The ancient biographer, however, pathologized masculine behavior:

His looks were melancholic, thoughtful, and severe; he hated laughter and he hated women. [1]

Just because a man spends time in a man cave doesn’t mean that he hates laughter and hates women.
Euripides was so conventional that he not only married, but married twice. Euripides experienced men’s vulnerability to cuckolding:

Read more »
Posted by Angelo Agathangelou at 10:47 am No comments: Links to this post

By Author Douglas Galbi: Upholding the equal human dignity of every person shouldn’t compromise truth. In truth, men suffer more serious violence than women do. The idealistic medieval knight Geoffrey de la Tour Landry taught his daughters concern for violence against men. In truth, men tend to be less skilled in guile than women are. Geoffrey de la Tour Landry, in contrast, taught his daughters mythic gender equality in guile. Parents throughout the ages have largely failed to raise daughters who recognize their own strengths and acknowledge men’s weaknesses. 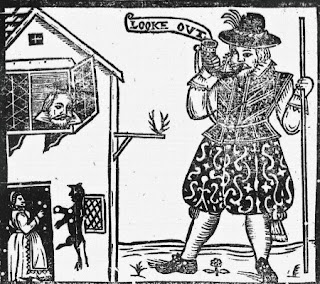 Groundwork For The Metaphysics of MGTOW: In the last video we discussed how the nominalist revolution that began with figures such as William of Ochkam threw the intellectual class of his time into a great aporia that inevitably led to the modern project. We discussed how nominalism was a revolution in general metaphysics; the rejection of the existence of universals on the grounds that an omnipotent God could not possibly have created them. This ontological shift in thinking as to the nature of being was generally accepted but with it came the challenge of resolving the ontic priority of special metaphysics.

By William Collins (mra-uk): December 2015 saw the publication of the Annual Report of the Chief Medical Officer, 2014: The Health of the 51%: Women. I have written to the Chief MO, Prof Dame Sally Davies, a transcript of the letter being given below. 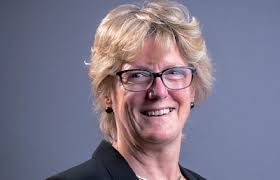 Left: Professor Dame Sally Davies, Chief Medical Officer
You will understand the impetus behind the report from the fact that the first two chapters address “Gender Based Violence Against Women” and “Female Genital Mutilation”.
Chapter 12 is titled, “A human rights approach to women’s health”. The author sees fit to remind us that in 1995 Hillary Clinton declared that “Human rights are women’s rights and women’s rights are human rights”. Under a heading “reproductive rights are human rights” there are (at least) three rights proclaimed for women which are explicitly denied to men in the UK:

Read more »
Posted by Angelo Agathangelou at 4:21 am No comments: Links to this post

The Quandary Of Consent Parts 1 & 2