Luke Rudkowski goes over the Panama Papers and how the real story of the leaks should be questioned since the fingerprints and motives are directly point to the real elites. Fingerprints of these leaks show the ford foundation, Carnegie Endowment, Rockefeller Family Fund, W K Kellogg Foundation and Open Society Foundation (Soros) helping organize and conduct the largest leak in journalism history.

By David Keighley: I have, I confess, listened to a good proportion of the 17,930 editions of The Archers; some of my earliest memories date from the 1950s when we clustered round our Pye radio set each evening to hear the latest developments from the see of Felpersham. 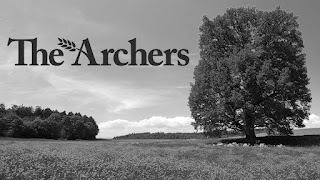 I was delighted, therefore, when in the early 1980s, as a BBC publicist, I occasionally deputised during holidays on the Radio 4 patch. That meant writing the weekly Archers’ programme blurb for the press and sometimes taking part in press launches. I got to meet the faces behind the Ambridge voices. And a wonderful group of people they were, too – some going back to day one in 1950.
For many years the Archers Omnibus was a fixed point in my life, an oasis on Sunday mornings of a unique brand of gentle escapism that had just enough relation to reality to have validity and resonance.
Then, in 1991 Vanessa Whitburn took over as producer.

Read more »
Posted by Angelo Agathangelou at 5:32 pm No comments: Links to this post

A Young Man’s Guide To Women

"What you need to know about how to deal with women and how to analyze the situation that you may be in or want to be in. ...You have your crazy axis and your hot axis."
Posted by Angelo Agathangelou at 4:07 pm No comments: Links to this post

CS MGTOW said. "With the signing of the family law act in 1969 California adopted no fault divorce, the rest of the modern world followed suit quickly. No fault divorce combined with its well known sidekick alimony quickly insured that filing for divorce became a de facto retirement plan for women, they became legally enabled financial predators. Unfortunately unmarried women simply couldn't get in on the act of financially looting the protector provider husband and hence the desire to marry stayed consistently high, even as women were given the license to unilaterally end their current unions. However as more and more men woke up to the possibility of indentured servitude that would literally arise after they had divorce proceedings served upon them.
Read more »
Posted by Angelo Agathangelou at 1:19 pm No comments: Links to this post

Nightmare is coming true.
By Don Quijones: It was just a matter of time before Pemex, Mexico’s chronically indebted state-owned oil giant, began dragging down the national economy it had almost single handedly sustained for over 75 years.
The company has been bleeding losses for 13 straight quarters. As of December 31, it had $114.3 billion in assets and $180.6 billion in liabilities, a good chunk of it denominated in dollars, leaving a gaping hole of $66.3 billion (negative equity), after having been strip-mined over the decades by its owner, the government. And given these losses and the equity hole, new credit is becoming harder to come by.

Read more »
Posted by Angelo Agathangelou at 11:37 am No comments: Links to this post

Palestine - The Month In Pictures

The Electronic Intifada: Jewish Israeli death squads butchered 23 Palestinians in March as a surge in deadly confrontation that began last October continued for the fifth consecutive month.
Nearly all were shot dead during what Israel alleges were attacks or attempted attacks, mostly targeting occupation forces in the West Bank, including East Jerusalem.
Seventeen of those shot dead during alleged attacks were men, four were little children and two were women. Several were killed during incidents in which no Israelis were injured, and in multiple cases wounded Palestinians were denied or prevented from receiving first aid before they died. 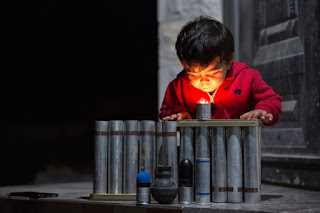 The son of grassroots resistance leader Iyad Burnat blows out a birthday candle his brother made out of tear gas canisters fired by the Israeli death squads in the West Bank village of Bilin, 12 March. Bryan MacCormack
A video recording showed an Israeli soldier shooting at the head of an incapacitated Palestinian in Hebron, killing him.
Other videos that emerged after shootings in March showed Israelis taunting and cursing a dying Palestinian boy; police shooting and killing a Palestinian at the urging of an Israeli crowd; and youths lying on the ground, bleeding, while no attempt is made to save their lives, and, in one case, as a less seriously wounded soldier is treated.

Read more »
Posted by Angelo Agathangelou at 6:29 am No comments: Links to this post

A Values-Based Approach To Gynocentrism For Men

By Paul Elam: For the values centered model, I assume three states of being most typical to modern western men. Those are: 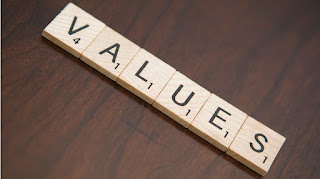 Gynocentric
Gynocentric Reactive
Gynocentric Proactive
Gynocentric refers to the average man. He usually, but not always, operates with women unconsciously, just following whatever scripts he has adopted from early life. He seeks women’s acceptance without an intact set of values that are designed to protect him. In fact, it is his values that put him at risk. Many men value only being accepted sexually and romantically, by any woman they are attracted to, regardless of her moral character and any possible risk she represents.
The gynocentric man is the one with a piece of paper that says kick me taped to his back. We can mock him if we want, but we are well to remember that we have all been this man at one point or another in our lives.
The next state of being, Gynocentric Reactive, is a much more complicated affair. Here we see men who are infinitely more conscious than gynocentric men. They are aware of relationship pitfalls, may even be quite familiar with concepts like gynocentrism, hypergamy and male disposability.

Max and Stacy discuss the curious case of Putin's photo being used to sell #panamapapers when his name is allegedly not even mentioned in the 11 million pages of documents; and they look at #WikiGreeks as someone leaks the transcript of a conversation between IMF officials hoping for a ‘credit event’ to ‘resolve’ the ongoing Greek tragedy. In the second half Max interviews Joel Benjamin and Jamie Griffiths of Debt Resistance UK about the LOBO loans pushing local councils in the UK to the brink of insolvency.
Posted by Angelo Agathangelou at 1:07 am No comments: Links to this post