By Paul Elam: Standard NAWALT disclaimer. That issued, let’s proceed to discuss the women way too many men have to deal with. 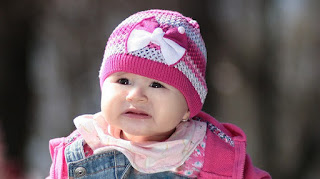 Are women purely emotional, irrational human beings who cannot help but be confounded by logic? Or is there a secret wisdom in their emotions from which men can learn?
We are going to start looking at that today in the first of a two-part series on woman and emotionalism.
Women are emotional creatures compared to men. It’s not PC to say that, along with a lot of other truths that people would prefer we all pretend were just inaccurate stereotypes.
I’ve had some men tell me that they thought that it wasn’t true. These are almost always the same men who rail against the gender wage gap, rape culture, and male privilege. I have had female feminists, too, tell me that it wasn’t true, but then again they usually had spit flying out of their mouths and were pounding a desk when they were saying it, so there’s that.
Most women are, in fact, dominated by feelings over intellect. They are often, and especially while in relationship conflict, irrational, residing in an emotional carnival, either riding the moody-go-round or standing in line to get on.

Read more »
Posted by Angelo Agathangelou at 10:37 pm No comments: Links to this post

Misandric UK Police: The Violinist Who Couldn't Listen To Music After Being Falsely Accused Of Rape

By Tamasin Day-Lewis: On the morning of Thursday, February 14 three years ago, a journalist from a national newspaper rang and asked me whether I’d heard that Wen Zhou Li had been arrested. He had seen a film series I had made about gifted young musicians at Chetham’s School of Music in Manchester and which featured Wen Zhou, an acclaimed Chinese-born violin teacher, who had worked at this prestigious school for 20 years. Was I shocked, I was asked, that he was now being accused of raping and indecently assaulting a pupil? 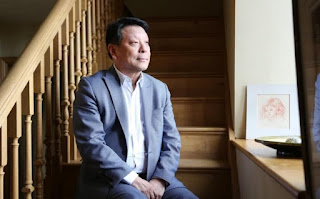 I was more than shocked. I was incredulous, disbelieving and horrified. I rang Wen Zhou immediately. He broke down in tears and called me back later. Yes, he had been arrested and told by the police that he was being investigated, as a former pupil had made a complaint accusing him of sexual assault when she was a teenager.
“Tamasin, the social services have taken my children,” he told me. “I’m fighting for my life.”
It has taken until March this year for his nightmare to end.

I first met Wen Zhou Li 20 years ago, when I began researching my films at Chetham’s. It was obvious the moment I sat in on one of his lessons that his passion for teaching and developing young talent was inspirational, as was the respect – and awe and affection – in which his pupils held him.

Read more »
Posted by Angelo Agathangelou at 8:39 pm No comments: Links to this post

Genealogy Of A Left-Wing Anti-Feminist

By Fred Neecher: I don’t actually want to be an anti-feminist.

I’m uncomfortable being against things. I’d rather share and share alike, live and let live. Besides, I have always liked women and even sympathised with them over some of the difficulties they have, such as period pains and childbirth, and having to put up with guys pursuing them when they want to be left alone. Now I find of have lost that sympathy. It’s not a pleasant state to be in. I’d prefer to be well-disposed toward people. 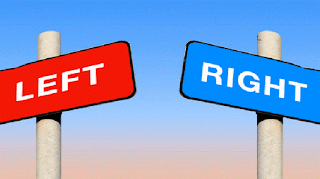 Of course, it isn’t the people; it’s the movement, right? I could dismiss the drivellings of female journalists moaning about things like how women are expected to wear high heels that damage the feet because “society is still sexist” as just another middle-class peeve. We all like a good moan now and then. I used to moan about having to travel every day in the rush hour, getting shoved about like cattle and catching everybody else’s colds.
But then along came Charlotte Proudman. I caught the story a day before it went front-page. They quoted her silly response to a senior colleague’s attempt at flattery in full, and very silly it was, too. And then a female cyber-friend asked me if I was a feminist and told me about the wage gap, which in my innocence I hadn’t actually heard about. So I looked it up. And went on looking.

Laci Green Is Not Stupid - She Is A Liar

"Many people think Lacie is an idiot, a moron, a cretin, a retard, brain damaged, I don't think that, Lacie Green is a lying fraud and I intend to show that in this video." Said johntheother. 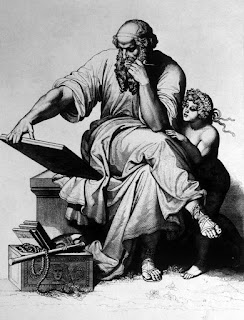 By Author Douglas Galbi: The ancient Athenian legislator Solon is famous for his wisdom. Solon broadened political representation in Athens, provided debt relief for the enslaved poor, and limited the political power of women’s wailing.[1] Those are important democratic initiatives, particularly the third. But none of those initiatives are as important as addressing sexual inequality and promoting men’s sexual welfare. The crown jewel in Solon’s reputation for wisdom is his credit for founding public brothels serving all men at a fixed, affordable price.
Free sexual market competition produces enormous sexual welfare inequalities. An experiment on an online dating site showed that women received roughly a hundred times more messages than men did.

Read more »
Posted by Angelo Agathangelou at 11:53 am No comments: Links to this post

Evil Triumphed In The West And Armageddon Approaches

A World War Has Begun - Break The Silence
By John Pilger: I have been filming in the Marshall Islands, which lie north of Australia, in the middle of the Pacific Ocean. Whenever I tell people where I have been, they ask, "Where is that?" If I offer a clue by referring to "Bikini", they say, "You mean the swimsuit." 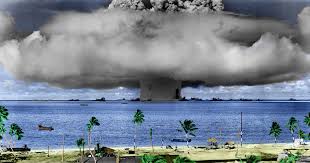 Few seem aware that the bikini swimsuit was named to celebrate the nuclear explosions that destroyed Bikini island. Sixty-six nuclear devices were exploded by the United States in the Marshall Islands between 1946 and 1958 -- the equivalent of 1.6 Hiroshima bombs every day for twelve years.

Anonymity for sexual assault accusers must be removed. It does not serve the public good and it encourages false accusations.  Feminism LOL.

Read more »
Posted by Angelo Agathangelou at 7:18 am No comments: Links to this post

What You Don't Know About The Anti-Christ

"The Jewification of the world continues to grow, Israel's power increases, Hanuka replaces Christmas and the holocaust religion makes martyrs out of Jewish corpses. With that shield of victimhood the economic planners go untouched. Silently, hidden from view, a one world governance is forming of which Jews are the planners. Forex, Swift, letters of credit are in their hands, the weapon of economic warfare, sanctions is set in stone at the US treasury and the operatives of global finance, Rothschilds, the Fed, Goldman Sachs revolve around what Christ called the Synagogue of Satan! ...What you don't see about the anti-Christ, could end up in your wrist!" Said ex-Jew Brother Nathanael.
Posted by Angelo Agathangelou at 5:01 am No comments: Links to this post

Ceara McCord: A feminist who thinks she has the right to speak for all women. Surprise surprise....

By Author Douglas Galbi:  Greek and Latin texts about two millennia ago were commonly written in all capital letters, without any spaces between words and without punctuation. Scholars call that textual form scriptio continua. Ancient readers, taught through recitation and oral instruction, learned how to read such texts correctly. 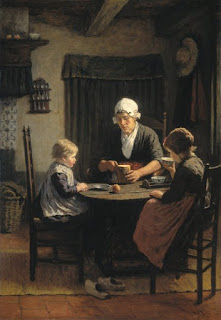 Recently in a shopping mall parking lot, I saw a bumper sticker that challenged the complexity and obscurity of scriptio continua. The bumper sticker declared:

That’s a compelling claim about the importance of advances in philology. Here are seventeen additional examples of the lifesaving importance of punctuating texts.
Philology now tends to be associated with cranky old men academics. Old men have made many contributions to human welfare. Disparagement and harassment of philologists shouldn’t be supported and encouraged.