Max and Stacy discuss royal scum threatening to dump US Treasuries and the evaporation of 315 billion petrodollars without much impact on credit markets. In the second half Max and Stacy continue their interview with Steve Topple about what two weeks of #PanamaPapers leaks have told us about the systemic nature of corruption.
Posted by Angelo Agathangelou at 11:02 pm No comments: Links to this post

AA: At the time I posted this article 84% of those who voted answered 'Yes' to the question. 'Should boys be made to wait until they reach eighteen to decide if they want to be circumcised?' 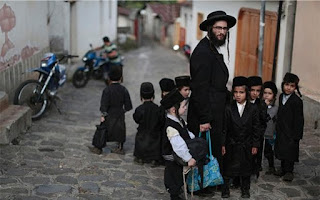 By Jonathan Wells: Earlier this week, a top Family Division judge suggested that young children should not be circumcised until they are old enough to make the decision for themselves.


The Hon. Mrs Justice Roberts made the assertion during a landmark case in which a Muslim father and non-Muslim mother disagreed over whether or not their sons, aged four and six, should be circumcised in accordance with the Islamic faith.
The father, a 36-year old Algerian man, told both his ex-partner and the court that circumcision went to the very core of his identity as a Muslim. He said that "circumcision has both a religious and a social importance which overrides any slight risk which the procedure carries."
Justice Roberts, who refused to make a circumcision order after analysing both arguments, said: "First and foremost, this is a once and for all, irreversible procedure. There is no guarantee that these boys will wish to continue to observe the Muslim faith with the devotion demonstrated by their father although that may very well be their choice.

"I'm not a Jew any more. ...Israel is the State and Palestine is the land and I didn't want to live as an occupier." Said Gilad Atzmon. Talking about jazz, beauty, Germany, Palestine, Jewish Identity and Jewish politics. You can listen to our take on John Coltrane's music in between...Film by Sven Rech

Government Eyes Are Watching Every Move You Make 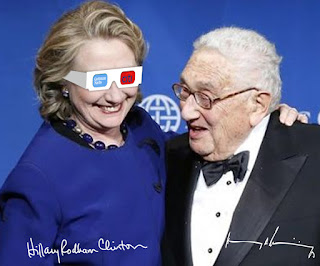 Now, they know everything about what we do, and are constantly building systems to know more. Meanwhile, we know less and less about what they do, as they build walls of secrecy behind which they function. That’s the imbalance that needs to come to an end. No democracy can be healthy and functional if the most consequential acts of those who wield political power are completely unknown to those to whom they are supposed to be accountable.” - Glenn Greenwald

By John W. Whitehead: Government eyes are watching you.
They see your every move: what you read, how much you spend, where you go, with whom you interact, when you wake up in the morning, what you’re watching on television and reading on the internet.

Read more »
Posted by Angelo Agathangelou at 1:52 pm No comments: Links to this post

False Allegations In Family Court: Who Is To Blame?

False allegations in Family Court are nothing new. Certified Family Life Educator Ruth A. S. Nichols likens this to the boy who cried wolf.

By Ruth Nichols: In family court, a subset of parents has the reputation for crying wolf: indicating a cry of urgency.  In Aesop’s fable, of “The Boy Who Cried Wolf”, there were severe consequences for crying wolf; in Family Court, not so much.
In the fable, a shepherd boy repeatedly tricks the village people into believing a wolf is attacking his flock of sheep.  Eventually, when a real wolf comes, the villagers do not believe him and fail to come to his aid; the boy suffers the ramifications of his actions and is eaten by the wolf.
Consequences for parents who ‘cry wolf’ in Family Court is less clear.
Who is to blame in Family Court?
Do we blame the judge for believing a parent who uses the tools of the justice system?  Judges possess the power to make the ultimate call.  A judge can sign off on a restraining order resulting in the physical dismissal of one parent.  Family Court judges may overlook signs of abuse or not believe a parent because of previous court interactions.  Or, the judge may reject information not presented accurately choosing to delay the matter until something else happens.
Rulings may be based on well-meaning intentions leading to responses that are based on a policy of ‘play it safe’, or ‘err on the side of caution’.

Circumcision Choice Should Be Left Until Children Are Old Enough To Decide For Themselves, Says Judge 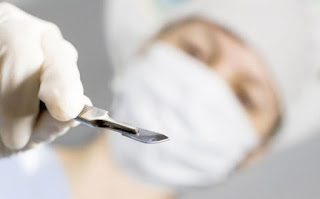 Telegraph: Young children should not be circumcised until they are old enough to decide for themselves, a judge has suggested as she prevented a Muslim father from forcing his sons to have the procedure.
A father failed in his High Court bid to have his two young sons circumcised in accordance with his strict Muslim faith.
Top female Family Division judge Mrs Justice Roberts agreed with their mother to leave it for the boys aged six and four to make up their minds when they are older whether they wish to have it done.
The 36-year-old Algerian born dad who is separated from the 34-year-old mother, who grew up in Devon, told the judge that circumcision went to the very core of his identity as a Muslim. He said all his family were circumcised and would feel "devastated" if his application were not granted.

Submitted by Tyler Durden: This weekend's biggest, and most shocking story, was the report that in response to a proposed Congressional Bill that would allow a probe into the Saudi role behind the Sept 11 terrorist attack, Saudi Arabia had threatened the US with dumping its roughly $750 billion in Treasury holdings. 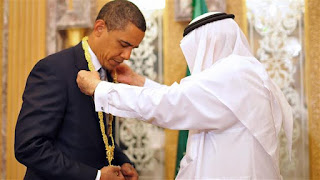 What was curious about the story is that while Saudi Arabia implicitly admitted it had a role in the September 11, the Obama administration was actively doing everything in its power to prevent the Bill from passing, and thus to keep the truth under wraps, leading many to wonder if Obama was more concerned about his own people or a handful of uber-wealthy Saudi princes.
Moments ago White House spokesman Josh Earnest chimed in, and validated all of those fears.

Read more »
Posted by Angelo Agathangelou at 8:45 am No comments: Links to this post

By Paul Craig Roberts: When Ronald Reagan turned his back on the neoconservatives, fired them, and had some of them prosecuted, his administration was free of their evil influence, and President Reagan negotiated the end of the Cold War with Soviet President Gorbachev. The military/security complex, the CIA, and the neocons were very much against ending the Cold War as their budgets, power, and ideology were threatened by the prospect of peace between the two nuclear superpowers. 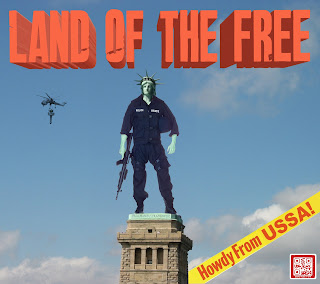 I know about this, because I was part of it. I helped Reagan create the economic base for bringing the threat of a new arms race to a failing Soviet economy in order to pressure the Soviets into agreement to end the Cold War, and I was appointed to a secret presidential committee with subpeona power over the CIA. The secret committee was authorized by President Reagan to evaluate the CIA’s claim that the Soviets would prevail in an arms race. The secret committee concluded that this was the CIA’s way of perpetuting the Cold War and the CIA’s importance.

Read more »
Posted by Angelo Agathangelou at 1:33 am No comments: Links to this post

"We will imagine in this scenario, that we have an 18 year old man, ...can cast a vote, hasn't been drafted for the army yet, because there are no active wars going on, let's imagine UK, USA, so with some potential opportunities out there for him. The traditional advice I received from my parents was study hard go to Uni get out, get a job, make some money, have a family and that's it. What would you add to that advice." Said Niko Choski in opening the discussion.

Posted by Angelo Agathangelou at 12:01 am No comments: Links to this post