China’s Response To The US Neo-Con-Artist Warmongers RT: Beijing has successfully tested a new long-range ballistic missile capable of engaging any potential target worldwide. The rocket takes just 30 minutes to cover its maximum 12,000km range and can deliver multiple strikes on any nuclear-capable state.
The launch of China’s Dongfeng-41 (East Wind, DF-41) missile was registered by the US satellite tracking system in real time, the Washington Free Beacon reports, although the location of the launch was not immediately revealed. The launch was made from a new road-mobile platform, and is reportedly the seventh test-firing of the DF-41.
American experts estimate the DF-41 to be an 80-ton, three-stage solid-fuel missile capable of carrying between six and 10 nuclear warheads.

Read more »
Posted by Angelo Agathangelou at 10:14 pm No comments:

The paper system being founded on public confidence and having of itself no intrinsic value, it is liable to great and sudden fluctuations, thereby rendering property insecure and the wages of labor unsteady and uncertain. The corporations which create the paper money can not be relied upon to keep the circulating medium uniform in amount.

In times of prosperity, when confidence is high, they are tempted by the prospect of gain or by the influence of those who hope to profit by it to extend their issues of paper beyond the bounds of discretion and the reasonable demands of business; and when these issues have been pushed on from day to day, until public confidence is at length shaken, then a reaction takes place, and they immediately withdraw the credits they have given, suddenly curtail their issues, and produce an unexpected and ruinous contraction of the circulating medium, which is felt by the whole community.

Read more »
Posted by Angelo Agathangelou at 8:11 pm No comments:

By Gary Costanza: Dr. Howard Cohen of London has been placed on the “Known Genital Mutilators” directory at neonatalcutting.org. 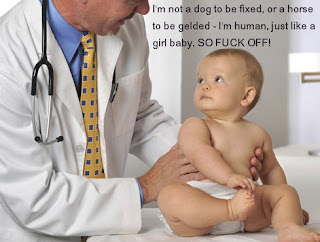 From Dr. Cohen’s website, mohel-circumcision.co.uk
“Dear Parents, Thank you for your enquiry regarding circumcision.
Congratulations (Mazel Tov) on the birth (or the expected arrival) of your son. I am a full time GP and a mohel (ritual infant genital mutilator) for the London and South East UK Progressive Jewish community. I have been performing circumcisions since 1991 and I usually perform three or four a week.
Your son’s Brit Milah circumcision will usually be performed at my surgery, home visits may be possible depending on my schedule.
Yours sincerely,
Dr Howard Cohen”
So, Dr. Cohen is a General Practitioner who heals wounds and cures diseases, but also as a sideline practices genital mutilation on unwilling baby boys, which neither cures nor heals any disease.

By Paul Elam: In part one of this series, I talked about women and emotionalism. Part of the focus of that piece was the minority of women who thankfully process emotions in a more masculine way. But what of the majority of women, the ones whose lack of emotional acumen can have you stepping on a mine before you even know you are in a minefield? What do you do if you are already involved with this kind of woman? 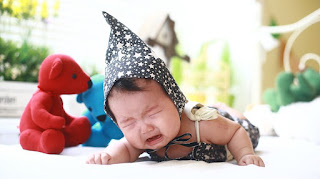 The answers to that are fairly simple, but we need to get something straight from the outset. Previously, I used some quick examples from YouTube of what passes for advice on relationships. I also pointed out that it was all bullshit. I didn’t just do that to have some fun at the expense of others.
The fact is, and by fact I mean my opinion, the entire relationship coaching and advice culture is one big, gynocentric load of crap.

Read more »
Posted by Angelo Agathangelou at 2:42 pm No comments: 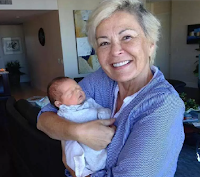 JBN: Famous celebrities such as Rosanne Barr, Howard Stern, and Alicia Silverstone are breaking the mold as a new kind of Jewish Intactivist.

Actress Alicia Silverstone is Jewish. She had a usual Jewish childhood going to Hebrew school three times a week and celebrated her Bat Mitzvah. Her family lit candles on Friday nights and celebrated important Jewish holidays. As a child she went to Temple Beth Jacob, a Reform synagogue in San Mateo, California. But she broke with tradition in an important way. She chose not to circumcise her son, Bear, who remains intact at three years of age.As well as being a Jewish Intactivist and actor, Silverstone is a vegan activist, blogger, and writer on parenting issues. For Hanukkah last year, she released a vegan recipe for a Jewish holiday food on each of the eight days. The movie actress and parenting writer hasn’t said if she chose a non-cutting welcoming ceremony like the well-popularized Brit Shalom, a new Jewish ceremony for Jews who choose to keep their sons intact. She has said that she chose to keep her son intact for medical, moral, and sexual reasons.

I'd worry about running out of ideas if I wasn't worried that this mill of stupid is perpetual. Milo Stewart.

M On The Evolution Of Abortion Into Entitlement

"Doctors conspire to assist women to control reproduction. This is a form of female power, the power to choose life or death, to be the arbiters of humanity's fertile future. This is why women talk about it so much and why feminists focus like a laser beam on the her body her choice issue, because it is not about choice to them it is about power." Said M.
Posted by Angelo Agathangelou at 4:46 am No comments:

Negative interest rates,
helicopter money trigger Clash of Titans.
By Don Quijones: Relations between the government of Europe’s biggest economy, Germany, and Europe’s most powerful financial institution, the European Central Bank, have soured to the point of curdling. 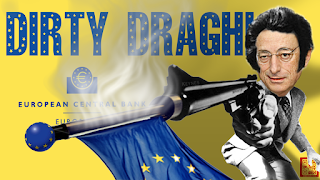 The latest volley of barbed remarks came from Germany’s dour Finance Minister Wolfgang Schäuble, who has never been one to mince his words. Speaking at an awards ceremony outside Frankfurt on April 8, he told the audience that the stellar rise of right-wing populist Alternative für Deutschland party was due in large part to the ECB’s loose monetary policy.
“I told Mario Draghi … you can be very proud,” according to a report by a Dow Jones journalist who was present.
Schäuble’s off-the-cuff remarks set in motion a flurry of caustic statements from other conservative German politicians, with the lion’s share of the ire reserved for the ECB’s negative interest rate policy.

Read more »
Posted by Angelo Agathangelou at 2:07 am No comments: