A Great Awakening - Public Support For Fake “Free Trade” Deals Plunges In The U.S. And Europe

Public opposition to the sovereignty killing corporate giveaway marketed as a free trade deal known as the Trans Pacific Partnership (TPP) has become so widespread that all the leading candidates for the U.S. Presidency are publicly against it. Specifically, Donald Trump and Bernie Sanders are virulently opposed, while Hillary Clinton is pretending to be against it in order to harvest votes. 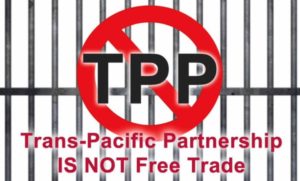 Essentially, the more time the American public has to learn about this scam, the more they are against it. Which is precisely why the Obama administration wants to push it through as quickly as possible.
– From the post: Obama to Push Passage of TPP Trade Deal Despite Rising Public Opposition
By Michael Krieger: One of my key themes over the past year or so, has been to highlight the fact that the plethora of “free trade” deals (TPP, TTIP and TISA) being promoted by the global robber barons in power are nothing more than fascist corporate handouts (links at the end). Calling them “free trade” deals is purely for PR, and primarily serves as a means for marketing these scams to the ignorant masses.

Professor Fiamengo details the high cost of Women's Studies programs in Canada and suggests that this wasted money could be better spent on something useful.
Posted by Angelo Agathangelou at 7:54 pm No comments:

hequal: We haven’t published any stories concerning sexism in Scotland, this is somewhat unfortunate becasue things are clearly as bad there as in the rest of the UK if not worse. The latest case of misandry in Scotland comes from the SNP’s Angela Constance, who has been Scotland’s Cabinet Secretary for Education and Lifelong Learning since 2014. 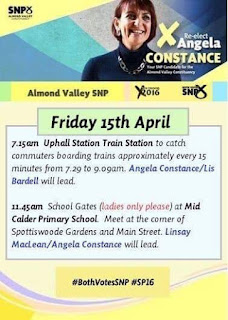 Ms Constance is seeking re-election in the forthcoming Scottish parliamentary Elections, and a Facebook account titled “Re-elect Angela Constance for Almond Valley”. The account posts details various SNP canvassing events, a significant number of which occur outside school gates. Politicising the school environment in this way is somewhat concerning, and its isn’t the first time the SNP has been alleged to be involved in such practices. However an even more pressing issue is the discriminatory nature of the events, with each and every single one advertised with the request “ladies only please” written alongside:
We’ve quite rightly seen criticism of the Labour Party for introducing gender segregation at its events involving the Muslim community, yet here we have not merely gender segregation, but the exclusion of men from the events at schools.

"A number of MGTOW youtubers have addressed the very important issue of male unemployment that is becoming a feature of the economic system in the Western world and the impact on male quality of life and well being...

Jonathan Vernon-Smith is on fine form here, and three months ago he interviewed both Dr Simon Hochhauser and myself on his programme, which became rather heated: On this occasion he interviewed me first (to 8:58) then Dr H (to 18:25). Hochhauser's attempts to defend the indefensible are becoming ever more ridiculous, and he surely knows it. His contribution is followed by a phone-in during which almost all the callers supported our position - most of them women, interestingly.

Posted by Angelo Agathangelou at 12:42 pm No comments:

Bernie Sanders Has Qualified As A Rabbi

By Gilad Atzmon: The Times of Israel explained earlier this week “How Bernie Sanders just became the rabbi of the Jewish left.”
For most of his campaign, “Sanders had seemed to avoid talking about his Jewishness.” This changed radically last week ahead of the April 19 primary in his native New York, the most Jewish city in America.  In New York, the Israeli outlet reports, Sanders presented a “principled” stand “as a Jew” on anti-Semitism and his relationship with the Jewish community and Israel.  In the early stages of his campaign Bernie seemed to oppose identiterian politics. But last week in outreaching to NY Jews, Bernie employed the usual ID political maneuvers and Zionist tricks from the Hasbara book. The Times Of Israel and the Jewish press see a “Rabbi” in Bernie for good reason. At a rally in Harlem on April 9, Sanders faced down what the Jewish press described as an “anti-Semitic questioner.” The so called ‘anti Semite’ asked Bernie,  “As you know, the Zionist Jews, they run the Federal Reserve, they run Wall Street….What is your affiliation to the Jewish community?”
I fail to see the anti Semitism. The question states established facts about powerful Jewish elites and raises a legitimate query regarding Bernie’s political and tribal affiliation.  Far more concerning was Bernie’s answer.

Read more »
Posted by Angelo Agathangelou at 9:38 am No comments:

Colleges and universities are literally teaching teenagers that every white person is racist. This poison is coming from academia and it is to the detriment of not only wider society, but the students who are brainwashed to believe this cult. It needs to be stopped. Sargon of Akkad.

Read more »
Posted by Angelo Agathangelou at 6:29 am 1 comment:

The Phony War In Syria

By Eric Margolis: The great, long-awaited counterattack against ISIS has finally begun. The offensive that spans Syria and western Iraq is targeting the ISIS-held cities of Raqqa and Mosul, Iraq’s second largest city. 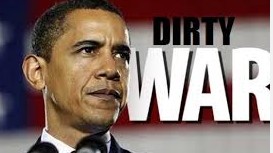 For a variety of reasons, the much ballyhooed “final offensive” against ISIS is moving with all the speed of a medieval army of drunken foot soldiers and all the audacity of a lady’s garden party.
As a former soldier and war correspondent, I find the spectacle both pathetic and weird. Back in my army days, our tough sergeants used to call such behavior “lilly-dipping.” There’s no risk that this pathetic campaign will go down in the annals of military history.
In fact, the whole business smells to high heaven.
In the west, the Syrian government and Kurdish troops, stiffened by US, British and French special forces, and backed by US close air support, are inching towards ISIS-controlled Raqqa, a dreary, one-camel town that sits on some strategic roads. Syrian troops just retook Palmyra, once the desert capital of the fabled Queen Zenobia. The battle was hardly a second Stalingrad: ISIS fighters piled into their pickups and skedaddled.
Read more »
Posted by Angelo Agathangelou at 4:35 am No comments:

Nietzsche's attack on Descartes and modern science. Groundwork For The Metaphysics of MGTOW
Posted by Angelo Agathangelou at 2:24 am No comments:

Mark Dankof On Israeli Involvement In 9-11

Saudis propped Israel as key 9/11 player: Analyst
Press TV: Israel was the chief player in calling up 9/11 attacks in the US, says Mark Dankof. A former US Senate candidate says Saudi Arabia played a supporting role in the September 11 attacks, in which Israel had a key part. “When we get to 9/11, there are series of clues and series of explanations that have been provided for us; they really get in the bottom of the fact that it was Israel that was the chief player in calling up 9/11,” said Mark Dankof, who is also a broadcaster and pastor in San Antonio, Texas. 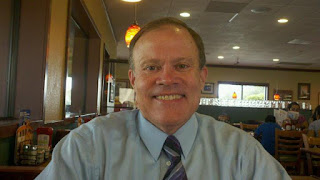 He made the remarks in a phone interview with Press TV on Saturday, commenting on a report about the Saudi’s reported role in the attacks.

A New York Times report on Friday, citing US officials and congressional aides, said the US administration has intently been lobbying the Congress to block the passage of legislation that would allow American courts to hold Saudi authorities responsible for any role in the attacks, which killed almost 3,000 people and caused at least $10 billion in property and infrastructure damage.

Read more »
Posted by Angelo Agathangelou at 12:08 am No comments: