"The child abuse of circumcision, which in reality is sexual reduction surgery, let's not mince our words, it is sexual disabling surgery and the people who perform this know full well what they're doing and so this is an absolute criminal offence." Said Professor Boyle, who talks of his decision to campaign by means of research and publishing peer-reviewed papers. He describes a study of 3,500 boys in the Philippines who'd been circumcised either by a 'ritual method', or by 'medical procedure'. Tested for PTSD by a well-recognised analytical method, over 80% of those who'd been circumcised by the first method showed symptoms of PTSD, along with over 50% of those circumcised by the second method.

Saudi Arabia's million barrel a day output, plus its strategic location in the Middle East, means that just as with regional Jewish cock-choppers, the West must also pay obeisance to the regional Arab head-choppers. 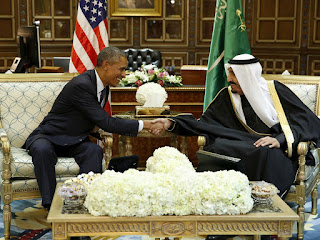 By Robert Fisk:  Poor old Barack. Off he goes to Riyadh to talk to his so-called ally, Saudi Arabia. The Sunni Wahhabi kingdom long ago run out of patience with the US president, who befriended Shiite Iran and who failed to destroy the Alawite (read: Shiite) regime in Syria. So why is Obama even bothering coming to the Gulf? Does he have any friends left among the kings, emirs and princes of Saudi Arabia, Kuwait, Bahrain, Qatar, the Emirates and Oman?
Obama won’t be entering the Saudi lions’ den. The Saudis were never as brave as lions – which is why they let the decidedly unprincely Osama bin Laden lead the Arab legion in Afghanistan – but the little cubs now trying to run the country are very angry.

Read more »
Posted by Angelo Agathangelou at 9:17 pm No comments: Links to this post

The Honey Badgers have been fearlessly advocating for men's human rights for over 2 years on their popular online show addressing cultural misandry, legal biases towards men, the "boys crisis", and more. Video begins at around 25 minutes.

Clueless "Education Expert" Wonders Why Men Are Dropping Out Of College

If only this guy had read the article published on the same site as his, from about 2.5 years ago, he would have had his question answered...
Raging Golden Eagle

By Tony Cartalucci: Despite Syria’s ongoing conflict, life in many parts of the nation goes on. Syria’s election schedule is no exception. The last parliamentary elections before the latest held this month were in 2012. Since these elections are held every 4 years, the recent elections were far from a “political stunt” to bolster the legitimacy of the current government, but instead represented the continuity of Syria’s ongoing, sovereign political process. 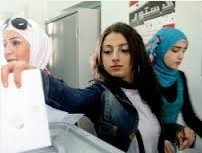 Attempts to undermine the credibility of the elections have become the primary objective of US and European news agencies, however, even the US government’s own election monitoring nongovernmental (NGO) agencies have conceded the last presidential election in 2014 saw soaring voter turnout, and despite attempts to leave voter turnout this year omitted from US-European press reports, it appears to also have been high.
The Washington-based, USAID-funded “Election Guide” reported a 73.42% voter turnout in Syria’s 2014 presidential election, a turnout that would be astounding had they been US elections. Voter turnout for the 2008 and 2012 presidential elections in the US, for example, were 57.1% and 54.9% respectively.
Read more »
Posted by Angelo Agathangelou at 12:17 pm No comments: Links to this post

HIV Remains An Epidemic Despite The Awareness 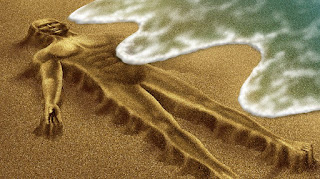 By Maggie Martin: The world was thrown into panic 34 years ago after Luc Montagnier and Robert Gallo discovered a new virus strain that ended the innocence of youth altogether. The lentiviral family member was discovered to attack the human immune system shutting it down almost to a complete halt. This led to a rise of infections that brought down the victim fast and easy. The virus came to be known as the Human Immunodeficiency Virus (HIV). This developed to an Acquired Immunodeficiency Syndrome that caused a major hysteria. Major organizations and nationwide based units have since dedicated vast amounts of resources to deal with the epidemic. Scientific journals, Awareness campaigns and ways to increase the human lifespan in the glaring reality of the disease have also been largely invested in.

Washington Launches Its Attack Against BRICS

By Paul Craig Roberts: Having removed the reformist President of Argentina, Cristina Fernandez de Kirchner, Washington is now disposing of the reformist President of Brazil, Dilma Rousseff.
Washington used a federal judge to order Argentina to sacrifice its debt restructuring program in order to pay US vulture funds the full value of defaulted Argentine bonds that the vulture funds had bought for a few pennies on the dollar. http://www.theguardian.com/world/2014/jun/27/us-vulture-funds-argentina-bankruptcy These vultures were called “creditors” who had made “loans” regardless of the fact that they were not creditors and had made no loans. They were opportunists after easy money and were used by Washington to get rid of a reformist government. 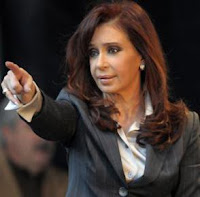 President Kirchner [right] resisted and, thus, she had to go. Washington concocted a story that Kirchner covered up an alleged Iranian bombing in Buenos Aires in 1994. This implausible fantasy, for which there is no evidence of Iranian involvement, was fed to one of Washington’s agents in the state prosecutor’s office, and a dubious event of 22 years ago was used to clear Kirchner out of the way of the American looting of Argentina.
In Brazil, Washington has used corruption insinuations to get President Rousseff impeached by the lower house. Evidence is not necessary, just allegations. It is no different from “Iranian nukes,” Saddam Hussein’s “weapons of mass destruction,” Assad’s “use of chemical weapons,” or in Rousseff’s case merely insinuations. 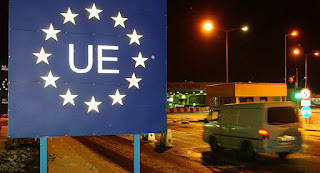 Sputnik: Open Borders? EU Commission May Pave Path to Millions of Ukrainian Migrants
The dream of the Maidan revolutionaries -for Ukrainians to be able to travel to Europe without visas, has moved one step closer to reality, with the European Commission proposing to lift visa restrictions on Ukrainians. What might a visa-free regime between Ukraine and the European Union look like for Ukrainians and Europeans? Sputnik investigates.
Speaking at a press conference in the Ukrainian capital earlier this week, Johannes Hahn, the Commissioner for European Neighborhood Policy and Enlargement Negotiations, announced that the EU-Ukraine Agreement on Association has 'preliminarily taken effect', 'preliminarily' because of the Dutch referendum, where Dutch voters chose to reject the treaty 61% to 38%.