By Moon Of Alabama: The U.S. admits that the upcoming Aleppo offensive by the Syrian government and its allies is designed to hit al-Qaeda and associated terrorist forces and not primarily the "moderate" unicorns the U.S. propaganda blushes about. But the openly U.S. supported forces will also be hit as they are very much integrated with al-Qaeda. The U.S. has for long considered al-Qaeda a secret ally in its attempt to destroy the Syrian state. The French magazine L'Orient Le Jour sees the U.S. relation with al-Qaeda in Syria as part of the attrition strategy the U.S. is waging against Syria (and Russia). 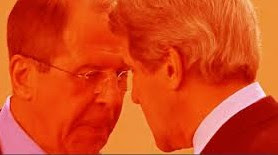 Secretary of State Kerry tried to convince the Russian that al-Qaeda should not be attacked during the cessation of hostilities. But the Russian's did not agree. Al Qaeda is a UN recognized international terrorist organization which, under UNSC resolutions, must be fought.
Read more »
Posted by Angelo Agathangelou at 11:01 pm No comments: Links to this post

In Israel, An Ugly Tide Sweeps Over Palestinians

By Jonathan Cook: In Israel’s evermore tribal politics, there is no such thing as a “good" Arab – and the worst failing in a Jew is to be unmasked as an “Arab lover". Or so was the message last week from Isaac Herzog, head of Israel’s so-called peace camp. 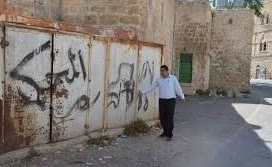 The shock waves of popular anger at the recent indictment of an Israeli army medic, Elor Azaria, on a charge of “negligent homicide" are being felt across Israel’s political landscape.
Most Israeli Jews bitterly resent the soldier being put on trial, even though Azaria was caught on camera firing a bullet into the head of a badly injured Palestinian, Abdel Fattah Al Sharif.
In the current climate, Mr Herzog and his opposition party Zionist Union have found themselves highly uncomfortable at having in their midst a single non-Jewish legislator.
Zuheir Bahloul, an accommodating figure who made his name as a sportscaster before entering politics, belongs to the minority of 1.7 million Palestinian citizens, one in five of the population.
Read more »
Posted by Angelo Agathangelou at 9:54 pm No comments: Links to this post

Corbyn's Labour Is Not A Party, More Like Occupied Territory

By Gilad Atzmon: John McAuliffe is the latest victim of Labour’s current philo-Semitic purge. According to the Jewish Chronicle,  McAuliffe wrote that: “The Holocaust has been the most useful political tool of the Zionist government in Israel to establish a financial racket in the West, whereby Israel receives an unlimited sum for the duration of its existence.”  McAuliffe merely states the facts. 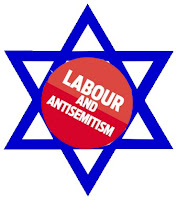 Everybody knows that ‘there is no business like shoah business,’ as Israeli politician Abba Eban put it in the 1950’s. But denying the truth and killing the messenger is now standard procedure in Corbyn’s Labour.
Like a proper Lefty, McAuliffe bent the truth a bit to fit it neatly into the party ‘narrative’. McAuliffe said that ”The Zionist government of Israel is incompatible with Judaism and Jewish history.” This is a popular statement, but it is wrong. Leftists tend to draw an imaginary demarcation line between the ‘Jew’ and the ‘Zionist.’  No such line exists. Zionism is, by far, the most popular Jewish political ideology. And Zionism in its current state is compatible with Judaism and Jewish culture: Israeli barbarism is light in comparison with some genocidal Old Testament verses and Talmudic teachings. And aggressive Zionistlobbying is consistent with the Book of Esther.

Steven, Based Mom and Milo went out to UMass for The Triggering, a three way talk about political correctness going too far. SJWs in the crowd spend the better part of an hour and a half proving us right. Probably Milo's most outragous show to date.

Read more »
Posted by Angelo Agathangelou at 11:58 am No comments: Links to this post

JRAB dedicates this heart felt song to his newly born son Phoenix Marley
APPARENT taken from latest project 'Hells Kitchen'
Posted by Angelo Agathangelou at 10:40 am No comments: Links to this post

Game Of Crones: Reign Of The Drama Queens

By Doug Mortimer: Imagine you are a parent working two or three jobs to pay for your daughter’s tuition and college expenses. When she announces she is not going to major in gender studies, you breathe a sigh of relief. Then she says she’s decided to major in theater arts! Geez, why not just drop out and take a vow of poverty. 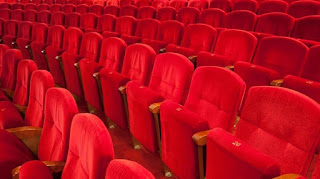 Well, four years from now all those unemployed or underemployed theater majors may get a break…assuming they are women or a reasonable facsimile thereof.
You see, the 2020-2021 American theater season has been proposed as a Jubilee year. As you may recall from Sunday school, the Jubilee is an old biblical term in which the slate is wiped clean, e.g., slaves are freed, and debts are forgiven. The theatrical Jubilee concept comes with a twist: it’s about extinguishing men, not debt; purportedly it stands foursquare for the manumission of women, as well as other aggrieved groups.
For the record, here’s the manifesto from Howl Round, a website which pertains to all things theatrical:
We can envision a near future in which all American Theatre seasons are overflowing with works written and directed by women.

My Response to an inquiry from a feminist on Youtube. johntheother
Posted by Angelo Agathangelou at 8:14 am No comments: Links to this post

Ken Oathcarn with a Public Service Announcement on how to exercise your freedom of speech this ANZAC Day. - I know this video is almost guaranteed to offend *some* people out there but hopefully one thing will be clear to most of you, and that is that this is a critique of *our* own society today, and not of the men and women who served their country honourably.

By Paul Craig Roberts: The Third World War is currently being fought. How long before it moves into its hot stage?

Washington is currently conducting economic and propaganda warfare against four members of the five bloc group of countries known as BRICS—Brazil, Russia, India, China, and South Africa. Brazil and South Africa are being destabilized with fabricated political scandals. Both countries are rife with Washington-financed politicians and Non-Governmental Organizations (NGOs). Washington concocts a scandal, sends its political agents into action demanding action against the government and its NGOs into the streets in protests.
Washington tried this against China with the orchestrated Hong Kong “student protest.” Washington hoped that the protest would spread into China, but the scheme failed. Washington tried this against Russia with the orchestrated protests against Putin’s reelection and failed again.

'If Russia and China do not disengage from the Western system and exile their neoliberal economists, they will have to go to war in order to defend their sovereignty.'
Read more »
Posted by Angelo Agathangelou at 12:02 am No comments: Links to this post