'Rebels' Admit To Targeting School And Hospital In #Aleppo

Syrian Girl Said. "Two video's of the so-called 'Syrian rebels' admitting that they bombed a school and are targeting civilians in Aleppo. ...In another video Kerry's moderate rebels also admit that they are purposefully targeting civilians with makeshift cylinder bombs."
Posted by Angelo Agathangelou at 9:43 pm No comments: Links to this post

By Author Douglas Galbi: In the cosmic time before man, the goddess Silva was lethargic and unhappy. The goddess Nature appeared. She complained to God and challenged the mind of God, which was Noys, divine feminine wisdom. Nature explained the situation and demanded action:

Silva, an unyielding, formless chaos, a hostile coalescence, the motley aspect of substance, a mass discordant with itself, longs in her turbulence for a tempering power; in her crudity for form; in her rankness for cultivation; yearning to emerge from her ancient confusion, she demands formative number and bonds of harmony. … What does it avail Silva, mother of all, that her birth preceded all others, if she is deprived of light, abounds only in darkness, cut off from her fulfillment — if, finally, in this wretched condition, her countenance is such as to frighten her very creator?
{Silva rigens, informe chaos, concretio pugnax,
discolor usiae vultus, sibi dissona massa,
turbida temperiem, formam rudis, hispida cultum
optat, et a veteri cupiens exire tumultu
artifices numeros et musica vincla requirit.

This Feminist Thinks Due Process Is Bad

Ceara McCord: Just radical feminist Laci Green shitting all over due process. Is anyone surprised? Anyone?

Read more »
Posted by Angelo Agathangelou at 2:06 pm No comments: Links to this post

Introduction by Dr. Paul Craig Roberts: There is no longer academic freedom in America or anywhere in the West. You have to toe the propaganda line, tell the lies, or you are out. Today the only reason to go to a university is to be brainwashed, or if you are able to get in Harvard, Princeton, Yale or Stanford, to join an insider network that will advance your career as long as you serve the elite. 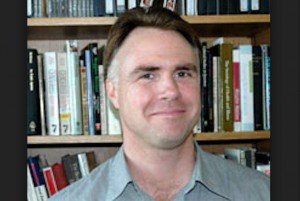 By Vivian Lee: American academics will soon realize that their jobs are in jeopardy, if they don’t know it already. Not only their jobs, but their right to think, say, and write what they wish – and to engage in the pursuit of truth, wherever it may lead them.
A battle of epic proportions is about to begin, over the firing of Dr. James Tracy, for alleged infractions against Florida Atlantic University (FAU) in Boca Raton. Tracy contends that his First Amendment right to free speech was abridged, along with his rights to due process and academic freedom.[1]

Don't Think Of A Blue Waffle

DoctorRandomercam: And at some point in this lecture you are advised not to think of a purple and green waffle either.
When you can successfully achieve not thinking about all of the waffles, you will have nirvana and profit.

Women Now Complaining About 50/50 Custody, But Are People Finally Waking Up?

Raging Golden Eagle: While it may be extremely tragic that these women are "forced" to graciously allow their exes access to their own kids every weekend, the most important thing here is the comments. Given the types of comments that were the most upvoted and downvoted, it seems the public may finally be waking up.

Read more »
Posted by Angelo Agathangelou at 4:36 am No comments: Links to this post

By Silvia Cattori: Dr Nabil Antaki could have abandoned Aleppo to ensure his own safety. Instead he decided to remain and to serve the besieged people of his City, working with various local charities. Above all, he wanted to bear witness to the destruction caused by Western support for the foreign armed groups who have been systematically destroying Syria and terrorising its people for the last 5 years. Yesterday Silvia Cattori recorded this report from Dr Antaki on the recent amplification of propaganda surrounding events in Aleppo.  It has been translated from the French by Vanessa Beeley. 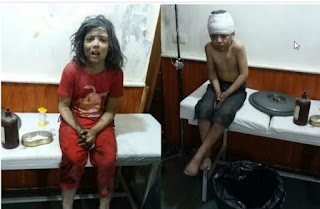 “With regards to recent events in Aleppo, I state very clearly that the mainstream media are lying by omission. Since the beginning of the war in Aleppo that began 4 years ago, they have consistently failed to report all the facts.
All of us here in Aleppo are disgusted by their lack of impartiality and objectivity. They only ever talk about the loss of life in the east of Aleppo which is entirely controlled by Al Nusra, a terrorist group affiliated with Al Qaeda. These are their “moderate rebels” a title that affords them an unmerited degree of respectability.
This same media remains silent on the daily losses and suffering endured in the Western areas of Aleppo living under the rain of mortar fire from these terrorist factions.  This media never mentions the terrorist blockade upon our people or the electricity cuts and water shortages inflicted upon us by their “moderate rebels”
Read more »
Posted by Angelo Agathangelou at 12:27 am No comments: Links to this post