By Pepe Escobar: We are all living in Hybrid War time. From R2P (“responsibility to protect”) to color revolutions, from currency attacks to stock market manipulations.
From judicial-financial-political-media enabled “soft” coups – as in Brazil – to support for “moderate” jihadis, multiple stages of Hybrid War now cross-pollinate and generate a vortex of new mutant viruses.
Hybrid War, a Beltway concept, has even been turned upside down by the conceptualizers. NATO, affecting puzzlement at the very
existence
of the concept, interprets the Russian “invasion” of Ukraine as Hybrid War. That serves prime Hybrid War purveyors such as the RAND corporation to take it further, peddling
war game scenarios
of Russia being able to invade and conquer the Baltic states — Estonia, Latvia, and Lithuania — in less than 60 hours.
And that, in turn, foments even more Western military hysteria, encapsulated by the new NATO commander, a.k.a. Dr. Strangelove; Gen. Curtis Scaparrotti, who made sure he would come up with a stage entrance worthy of his predecessor, Philip Breedlove/ Breedhate.

Max and Stacy discuss Goldman Sachs managing to deplete the teamsters’ pension fund more successfully and rapidly than the mob could ever manage to. As this and other pension funds face depletion, however, some corporations are looking forward to billions in profits managing riot contagion and political pandemics. In the second half, Max interviews Jaromil of Dyne.org about the ‘Satoshi’ drama as Bitcoin Core versus Bitcoin Classic goes full soap opera. Jaromil points out that bitcoin code as withstood the Satoshi hoas.

spiked: In our era of 'You Can't Say That!', when conformism is preferred over controversy, daring thinkers are in short supply. Which is why Camille Paglia can be so refreshing. Never afraid to say what she thinks, even when it grates against the moral and political consensus, Paglia has carved out a role for herself as one of America's most provocative thinkers. And in this new video interview with spiked, conducted by Ella Whelan in Philadelphia, Paglia doesn't hold back.
Posted by Angelo Agathangelou at 2:28 pm No comments: Links to this post

You Deserve This Video: Prager U

johntheother: Prager U - usually pretty good content, but this time they went full-tradgyno-retard. Be a man. Get married. Be a stupid, stupid man.

Read more »
Posted by Angelo Agathangelou at 1:16 pm No comments: Links to this post

Survivor Of US Hospital Bombing In Afghanistan Tells His Harrowing Story

By Elizabeth Shockman: It was 2:09 a.m. in Kunduz, Afghanistan, on Oct. 3, 2015, when Lajos Jecs was woken from his sleep by a loud explosion. It was the first in a series of bombs a US plane was dropping on the hospital where he worked.

Jecs, a nurse from Hungary with Doctors Without Borders (MSF), had been living and working at the MSF trauma center in Kunduz for close to five months. The fighting around the health care facility had been growing worse in the past few days. It was so bad that Jecs and his international colleagues had been unable to leave the hospital compound. They’d been sleeping in makeshift quarters in the hospital’s safe room. 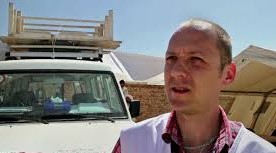 It was in the safe room, a building separated from the main hospital, that Jecs went to sleep at about 10 p.m. on Oct. 2. Four hours later, he was startled awake. He had heard bombs in Kunduz before, but never this close. The office was rattling and he could hear dirt and debris from the explosions hitting the walls. Jecs took shelter in his room and began trying to call his co-workers in the hospital. None of them picked up, except for one colleague who yelled for help before hanging up.
Some 20 to 30 minutes into the bombing Jecs heard a voice call his name from outside the safe room. When he opened the door he saw one of his Afghan colleagues standing there, covered in blood and with just one arm.
“[That’s] when I realized actually that now we are really, really in danger,” Jecs says. He pulled his colleague into the room and started wishing for the end to come quickly. “Let’s have one bomb here and just finish with it,” he thought.

Read more »
Posted by Angelo Agathangelou at 12:14 pm No comments: Links to this post

By Michael Krieger: TTIP is just one of several phony “trade” deals written by corporate lawyers and lobbyists, and negotiated in secret between the Obama administration and various world leaders. This particular scam involves the U.S. and Europe, and it has seen increased public resistance and attention as of late, something I highlighted in the post, Leaked Documents Expose the TTIP Trade Deal as a Subversive Imperial Scam.
Now watch what happened when a MEP (member of European parliament) tried to read the thing. It’s very blurry, but you’ll get the point.
Democracy this is not.
Noam Chomsky recently summarized the true purpose of these so-called “trade” deals eloquently in the following paragraph: 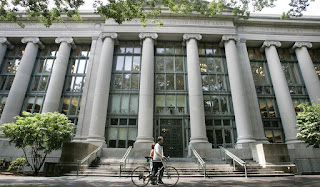 University President Drew Faust announced the decision Friday in an email to undergraduates, ending months of speculation, The Harvard Crimson reported.
“Although the fraternities, sororities, and final clubs are not formally recognized by the College, they play an unmistakable and growing role in student life, in many cases enacting forms of privilege and exclusion at odds with our deepest values,” Ms. Faust wrote. “The College cannot ignore these organizations if it is to advance our shared commitment to broadening opportunity and making Harvard a campus for all of its students.”
The decision comes in response to the recommendations of a university-wide report on sexual assault prevention, led by Dean of the College Rakesh Khurana, who called the single-gender clubs, known as final clubs, “preserves of men” that promote “exclusionary values,” Campus Reform reported.

Perseus999: On Sunday 8 May 2016, while the government of SYRIZA & ANEL inside the Greek parliament were attacking what little has been left in the dignity of the people in the country to survive, by voting in favor of raising taxes whilst cutting pensions, the Greek riot police outside the parliament in Syntagma, were attacking those that gathered for hours to protest the even newer new, new, new, new, new austerity measures, a dire story that has been taking place for the last 7 years in Greece (since 2009). Not only did the riot policemen suffocated thousands of protesters with numerous cancerous asphyxiating gas grenades and flash-bang grenades thrown directly in the packed crowd trying to escape their psychopathic menace,

Read more »
Posted by Angelo Agathangelou at 3:47 am No comments: Links to this post

On IDF Brutality And The Meaning Of The Holocaust

By Gilad Atzmon: In a speech last week, Major General Yair Golan, the Israeli military's deputy chief of staff, said the Holocaust should prompt Israelis to reflect "deeply" about their own society.
"If there is anything that frightens me in the remembrance of the Holocaust, it is discerning nauseating processes that took place in Europe in general, and in Germany specifically back then, 70, 80 and 90 years ago, and seeing evidence of them here among us in the year 2016," said the Israeli military leader. 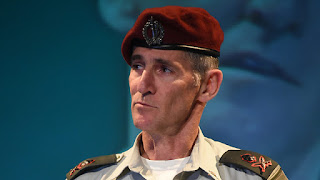 Some Israeli right wing politicians didn’t like Major General Golan’s statement. PM Benjamin Netanyahu denounced him yesterday. Education Minister Naftali Bennett, called on Golan to correct his comments or be seen as “comparing Israeli soldiers to Nazis.” Justice Minister Ayelet Shaked, said Golan was "a little confused" and that his statement reflected "a lack of understanding, if not a disrespect of the Holocaust.”
However, other Israelis such as Isaac Herzog, leader of the Labour party, praised Golan. "This is what ethics and responsibility sound like," he said. Apparently some Israelis can cope with the obvious comparison between Israeli brutality and some Jew haters in history.

Read more »
Posted by Angelo Agathangelou at 1:51 am No comments: Links to this post