Read more »
Posted by Angelo Agathangelou at 11:16 pm No comments:

A Handy Guide To International Boycotts

By Gilad Atzmon: Boycott or Herem in Hebrew, used to mean 'united against the Goyim.' Now the Goyim are trained to unite against themselves. I found the folloning  here: https://thenodster.wordpress.com 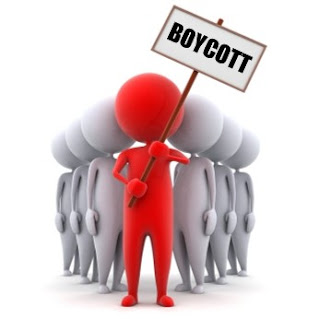 A Handy Guide To International Boycotts

Read more »
Posted by Angelo Agathangelou at 9:48 pm No comments:

By Paul Craig Roberts: In his May 9, 2016, speech to European medical professionals, Michael Hudson points out that the result of TTIP for Europe will be the privatization of health care systems with the associated much higher costs.
Hudson’s accurate description of TTIP shows that politically powerful corporations have gained the power in Western “democracies” to sacrifice the welfare of all populations to corporate greed for profit regardless of the cost to peoples, countries, and societies.
The evil of American “democratic capitalism” is total and irredeemable. TTIP gives corporations unaccountable power over governments and peoples. The corporations must be slapped down hard, fiercely regulated, and forced by threat of long prison sentences to serve the public interest, and not the incomes of the executives and shareholders who comprise the One Percent.
Here is Hudson’s analysis:

The most obvious approach to look at how European care for the elderly will evolve is to project technological trends and the costs of people living longer as diagnostic equipment, drug treatments and other medical science continues to improve. This kind of projection shows a rising cost to society of pensions and health care, because a rising proportion of the aging population is retiring. How will economies pay for it?

CS MGTOW said. "There has been a lot of recent controversy within the on-line manosphere which I don't personally regard MGTOW as being part of. However a number of concepts such as gynocentrism which have been addressed at length by MGTOW have come under attack as well as the universality of the application of observations such as hypergamy to all women and its usefulness in predicting how humans relate. There persons have both advanced proposals to relabel these concepts and they have accused MGTOW of being just like the feminists, not because we try to change laws or shut down discussion, but because we hold steadfastly to a set of observations which they seem to agree with, but also simultaneously disagree with its universality."

Read more »
Posted by Angelo Agathangelou at 5:38 pm No comments:

Zionist Israel Hides Its Crimes Behind Its Smears of Truth-Tellers

By Paul Craig Roberts: Several years ago two very distinguished American scholars wrote a book, The Israel Lobby.
The book made a very understated case that the Israel Lobby has far more power over the US government and media than is good for America or Israel, as it silences constructive critics who are Israel’s friends. The two scholars were demonized by the Israel Lobby as advocating the return of the Holocaust.
The Israel Lobby presented itself as just a poor little weak thing unable to stand up to all the Nazis assailing Israel. Meanwhile the US Congress was unanimously passing outrageous resolutions handed to it by the Israel Lobby.
A number of former US Senators and Representatives, including Cynthia McKinney, have publicly stated that they were removed from office by the Israel Lobby for criticizing actions of the Israeli government, such as the Israeli government’s attempt to sink the USS Liberty, in which a majority of the American crew were killed or injured.
Instead of defending the US Navy, the cowardly US government was so scared of Israel that the President of the United States and the Admiral conducting the inquiry, Senator John McCain’s father, rushed to the defense of Israel and covered up the incident.
The coverup has been so successful that few Americans today know that a vessel of the US Navy was decimated by an Israeli air and torpedo boat attack, and Washington did not even file a protest. Really! The US is a “superpower,” and the cowardly government cannot even stand up to Israel?

Read more »
Posted by Angelo Agathangelou at 2:32 pm No comments:

Max and Stacy discuss 'the end game' as central banksters run out of bullets just in time for the debt apocalypse. In the second half Max interviews Professor Steve Keen (@ProfSteveKeen) about Donald Trump's plans to default on US debt.
Posted by Angelo Agathangelou at 1:06 pm No comments:

How To Combat Anti-Semitism

By Gilad Atzmon: "You may not believe it, but we are people too" RamZPaul tells his Jewish listeners...

Posted by Angelo Agathangelou at 11:58 am No comments:

Banksters: Who’s Really Most Afraid Of Brexit? And Why? 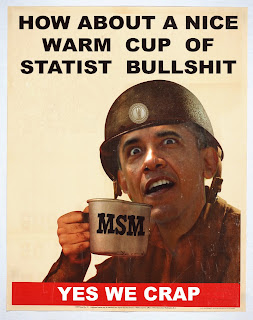 Follow the money.
By Don Quijones: One of the glaring but oft-overlooked ironies of the Brexit debate is the fact that the UK has been one of the biggest beneficiaries of the creation of the euro, despite not being a member of the Eurozone and holding the single currency in rampant disregard. The UK economy has certainly benefited more than most Eurozone economies.
Since 2001 Britain’s share of key financial markets has exploded. London is now home to almost one-half of the entire global interest-rate OTC derivatives market, compared to 35% in 2001. Its share of global forex turnover increased from 33% to 41% between 2001 and 2014. And its share of global hedge fund assets doubled, from 9% to 18%.
Almost 2.2 million people work in financial and related services such as accounting and law, two-thirds of them outside London, reports a study by the financial services lobby group CityUK. They produce nearly 12% of the UK’s GDP, 11% of its tax take, and a net trade surplus of £72 billion ($104 billion).
Financial services have taken a third of foreign direct investment in Britain since 2007, most of it coming from the EU. These are some of the reasons why The Economist magazine recently identified the City of London as the place with arguably most at stake in the Brexit debate, especially with its two biggest rivals, Paris and Frankfurt, vying to take a piece of the action.
Read more »
Posted by Angelo Agathangelou at 7:37 am No comments:

By Jonathan Cook: It was an assessment no one expected from the deputy head of the Israeli military. In his Holocaust Day speech last week, Yair Golan compared current trends in Israel with Germany in the early 1930s. In today’s Israel, he said, could be recognised “the revolting processes that occurred in Europe … There is nothing easier than hating the stranger, nothing easier than to stir fears and intimidate.” 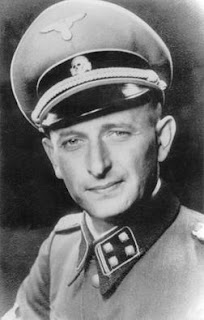 The furore over Gen Golan’s remarks followed a similar outcry in Britain at statements by former London mayor Ken Livingstone. He observed that Hitler had been “supporting Zionism” in 1933 when the Nazis signed a transfer agreement, allowing some German Jews to emigrate to Palestine.
In their different ways both comments refer back to a heated argument among Jews about whether Zionism was a blessing or a blight. Although largely overlooked today, the dispute throws much light on the Israeli-Palestinian conflict.
Those differences came to a head in 1917 when the British government issued the Balfour Declaration, a document promising for the first time to realise the Zionist goal of a “national home” for the Jews in Palestine. Only one minister, Edwin Montagu, dissented. Notably, he was the only Jew in the British cabinet. The two facts were not unconnected. In a memo, he warned that his government’s policy would be a “rallying ground for anti-Semites in every country”.

Discussing a wide range of issues dealing with feminism, the disruption of lectures on campuses, sex differences, the nature vs. nurture debate, the blank slate view of the human mind, and the Global Gender Gap Index, among other topics.
Posted by Angelo Agathangelou at 12:38 am No comments: