I Need Feminism Because Potato

Bearing: We look at morons giving us idiotic reasons why they need a self obsessed retarded movement. What is it with feminists and writing stupid shit on signs? Just use your words .. you're supposed to be big kids now.

US Navy Allowed To Kill Or Injure Nearly 12 Million Whales, Dolphins, Other Marine Mammals In Pacific

Death and Destruction have become American Hallmarks.
In the guise of protecting us from a hoax “theorist threat” the US government has killed and dislocated millions of peoples in Afghanistan, Iraq, Libya, Syria, Lebanon, Pakistan, Somalia.
Now in the guise of protecting us from an undefined threat, the US Navy is conducting exercises estimated to kill/injure 12 million whales, porpoises, sea lions, seals, and sea otters.

By Dahr Jamail: What if you were told the US Navy is legally permitted to harass, injure or kill nearly 12 million whales, dolphins, porpoises, sea lions and seals across the North Pacific Ocean over a five-year period?
It is true, and over one-quarter of every tax dollar you pay is helping to fund it.
A multistate, international citizen watchdog group called the West Coast Action Alliance (WCAA), tabulated numbers that came straight from the Navy's Northwest Training and Testing EIS (environmental impact statement) and the National Oceanic and Atmospheric Administration's (NOAA) Letters of Authorization for incidental "takes" of marine mammals issued by NOAA's National Marine Fisheries Service.

Read more »
Posted by Angelo Agathangelou at 10:04 pm No comments: 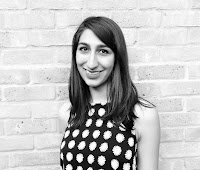 By Janet Bloomfield (aka JudgyBitch): An unfortunately visaged feminist writing for The Telegraph is mad at bitches who comment on her appearance at work, and still manages to blame men for how other women behave, while not subjecting her own behavior to any scrutiny. It’s kind of impressive, really.

It’s all too easy to casually tell another woman she looks ‘tired’, ‘ill’ or even ‘smart’. And it’s not helpful – especially when it’s linked to the amount of make-up she’s wearing. Women need to stop commenting on each other’s appearances in a working environment; only then will men start to follow suit.

Oh, dear, Radhika. Are you really unaware that you’re rather ugly? I don’t write that to make you feel bad. It’s just a fact. The vast majority of men have no interest in you of any kind, and the only interest they have in whether you wear make-up is that you’re slightly less offensive to look at with makeup on.
That’s not sexist. It’s just life. Unattractive women at least have the option of makeup! Unattractive men can’t hide behind lipstick and bronzing powder.

Escalations In A New Cold War

The Obama administration poked Russia in the eye again by activating a missile defense site in Romania while building up NATO forces on Russia’s borders, acts that could escalate toward nuclear war
By Jonathan Marshall: If the United States ever ends up stumbling into a major conventional or nuclear war with Russia, the culprit will likely be two military boondoggles that refused to die when their primary mission ended with the demise of the Soviet Union: NATO and the U.S. anti-ballistic missile (ABM) program. 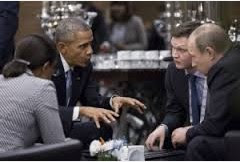 The “military-industrial complex” that reaps hundreds of billions of dollars annually from support of those programs got a major boost this week when NATO established its first major missile defense site at an air base in Romania, with plans to build a second installation in Poland by 2018.

President Barack Obama meets with President Vladimir Putin of Russia on the sidelines of the G20 Summit at Regnum Carya Resort in Antalya, Turkey, Sunday, Nov. 15, 2015. National Security Advisior Susan E. Rice listens at left. (Official White House Photo by Pete Souza)
Although NATO and Pentagon spokesmen claim the ABM network in Eastern Europe is aimed at Iran, Russia isn’t persuaded for a minute. “This is not a defense system,” said Russian President Vladimir Putin on Friday. “This is part of U.S. nuclear strategic potential brought [to] . . . Eastern Europe. . . Now, as these elements of ballistic missile defense are deployed, we are forced to think how to neutralize emerging threats to the Russian Federation.”

Read more »
Posted by Angelo Agathangelou at 6:23 pm No comments:

Midwives Revolt Over Abortion: Fury As Their Feminist Union Chief Backs Bid To Axe ANY Time Limit On Terminations 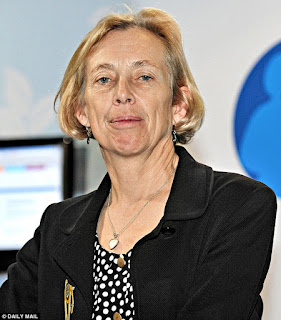 By Sam Greenhill and Ben Spencer: Horrified midwives are mutinying after their union boss signed them up to an ‘abhorrent’ plan to scrap the time limit on abortions – without asking them.
Cathy Warwick is facing calls to quit as chief executive of the Royal College of Midwives (RCM) over what critics say is a blatant conflict of interest.
As well as leading the nation’s 30,000 midwives, Prof Warwick is chairman of the country’s biggest abortion provider, the British Pregnancy Advisory Service (BPAS).
And without consulting members, she signed the union up to the service’s campaign to ‘decriminalise’ abortion by scrapping the 24-week legal cut-off for terminations.
Last night, ‘appalled’ MPs said Prof Warwick should resign, and thousands of midwives and members of the public signed a ‘Not in our name’ petition, demanding that she reverses the policy which ‘represents a disgraceful betrayal of her profession’.

Read more »
Posted by Angelo Agathangelou at 3:53 pm No comments:

Jesse Brown Is A Liar And The Toronto Police Suck

Read more »
Posted by Angelo Agathangelou at 2:10 pm No comments:

By Gilad Atzmon: Boxer Tyson Fury is once again at the centre of a media storm. The boxer told the camera that  ‘Zionist, Jewish people own all the banks, all the media’.   The Campaign Against Antisemitism (CAA) has called on Fury to be barred from boxing following his comments. Seemingly, sportsmen in Britain are not allowed to express their thoughts, let alone be observant.

Read more »
Posted by Angelo Agathangelou at 12:36 pm No comments:

By J T: Michael Kimmel is correctn - masculinities are toxic.
A few months ago, I encountered one of these masculinities. A couple of teenage boys were checking out some girls. This was rape culture.
In the past two weeks, President Drew Gilpin-Faust informed students at Harvard that in response to another one of these toxic masculinities, she would penalize members to same-sex sororities and fraternities in an effort to destroy those organizations. 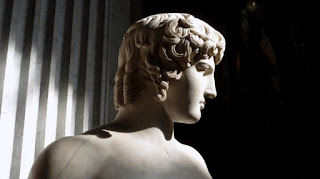 Read more »
Posted by Angelo Agathangelou at 10:29 am No comments:

FBI Caught Planting Microphones Under Rocks, Inside Light Fixtures, And At Bus Stops In California 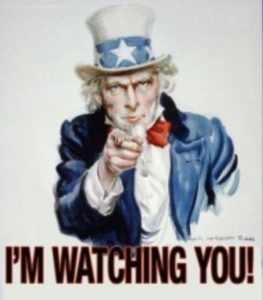 When a reporter for the United States Army Training and Doctrine Command interviewed Frank Zappa for the commands news syndicate, the story was held by a superior who demanded that Zappa – who had been rather hard on the army – answer one more question: just who does he think will defend the country without the army?
Zappa’s reply: “From what? The biggest threat to America today is it’s own federal government…. Will the Army protect anybody from the FBI? The IRS? The CIA? The Republican Party? The Democratic Party?….The biggest dangers we face today don’t even need to sneak past our billion dollar defense system….they issue the contracts for them.” The interview was not run.
*Note: It’s uncertain whether the above exchange ever took place, since the interview was never run. Nevertheless, the point is clear, instructive and serves as the perfect introduction for this post, whether the words were actually said or not.
By Michael Krieger: One of the greatest afflictions affecting these United States at the moment is the general public’s overwhelming gullibility when it comes to government.


Where will you go in this rain and cold, given that my house is your house, and you are in darkness and you have no lantern? I have some colostrum the like of which no one has seen and some excellent dates which can only be eaten with colostrum. [1] 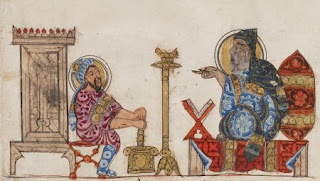 In Arabic culture, hospitality is obligatory. Al-Naqqāsh not only offered hospitality, but also boasted of the fine food he would provide. Al-Jahiz accepted his offer of hospitality.
Within his home, al-Naqqāsh delayed awhile in serving his guest. Then he brought a bowl of colostrum and a palm-tray of dates. When al-Jahiz reached out his arm to take some food, al-Naqqāsh said:


O Abū ‘Uthmān {al-Jahiz}, this is colostrum with its thickness, and it is nighttime with its sluggishness. Besides, it is a rainy and damp night and you are a man already advanced in age, and you still complain of partial paralysis. You get extremely thirsty and, in principle, you do not eat dinner.

My Long Mistrust Of The Christian Right, With Apologies To Robert Stacey McCain

By Dean Esmay: This essay is probably the first draft of something likely to be more refined for my book project, “God and Man in the 21st Century.” It started with a social media exchange where I blew my stack at Robert Stacey McCain for this essay: The Myth of the Masculinity Crisis, which has some undeniably true things in it–but also things that were hard to jibe with with what I know of this Christian family man, who says things I hear too often from other self-described “conservatives.” Regardless, Robert is also still wrongly censored on social media like Twitter by the corporate masters who control far too much of the Internet. He is a conservative and Rightist. I hope he and others in his circle read this and ponder. 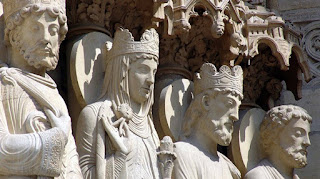 Christianity is often good for governments when they embrace it. It’s often lousy for Christians though.
It is a myth that the United States was founded to be a ‘Christian Nation.” Indeed, if we look at the history of Western Civilization, the United States may have been the first country that was not an explicitly Christian Nation, although we were founded by a plenitude of mostly-Christians and what we might call “pious non-observants” steeped in broadly Christian and Platonic values.

Read more »
Posted by Angelo Agathangelou at 1:42 am No comments: